Riding the little-known Trolley Line north of Round Lake

Saturday - May 17th, 2014
I was up in the Burnt Hills - Saratoga area and determined to explore the old, little-known Trolley Line north of Round Lake.

Back at the beginning of April 2014,  I  had been on the section southeast of the Northway and the recently renovated section going southeast of Ruhle Road but the section in between those two still eluded me and I was intrigued. 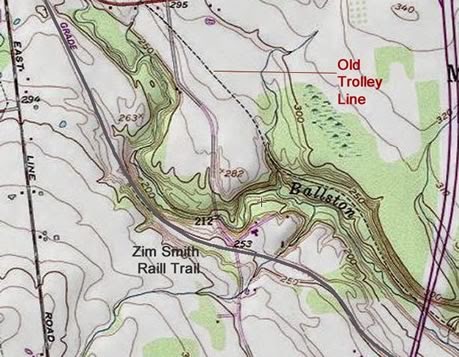 
Saturday was a gorgeous day - sunny and bright and still a bit cool - perfect weather for riding. I parked at Shenantaha Creek Park and rode south on the Zim Smith Rail Trail. Knowing I was going to hit some rougher undeveloped trails, I rode the mountain bike.
Before I stepped out of the house, I browsed  the usual internet map tools and knew from Google aerial views that there was a visible trail that hugs the west side of the Northway as it crosses over the Kaydeross. I knew this was my ticket to get to the Trolley ROW.
Sure enough, bombing down the rutted ATV trail got me to the other side. Right before I connected to the Trolley ROW, there was a small shale strewn gully to cross but—as the video indicates—the Trolley ROW was still clear and an easy ride North.

NOTE: I took a few short one-handed videos with my iPhone while riding and merged them together (YouTube link below).

When I emerged at the clearing, I  stopped to take photos  where the Power and Gas Lines converged. This location can be seen on the satellite map. Clearing on satellite map > 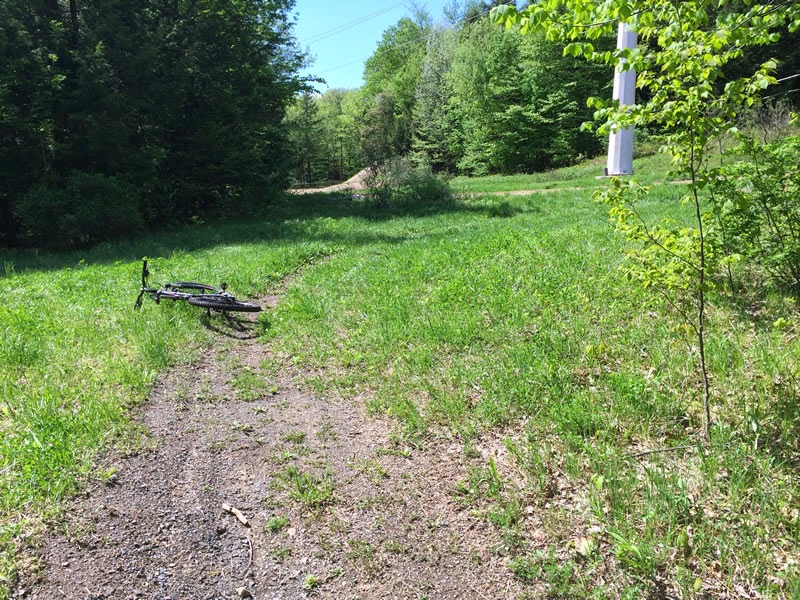 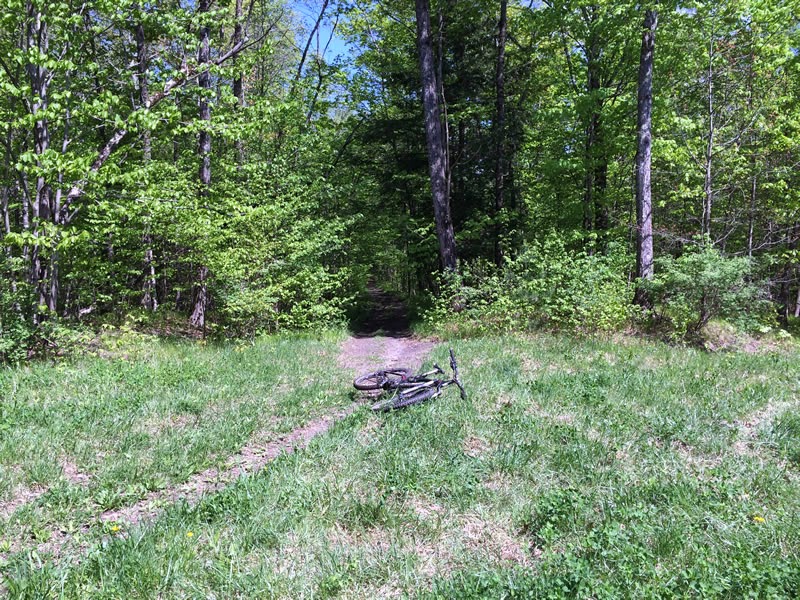 The next section was very “developed” and soon I wound up on the section of the trail I hiked in April riding by the stream, etc. 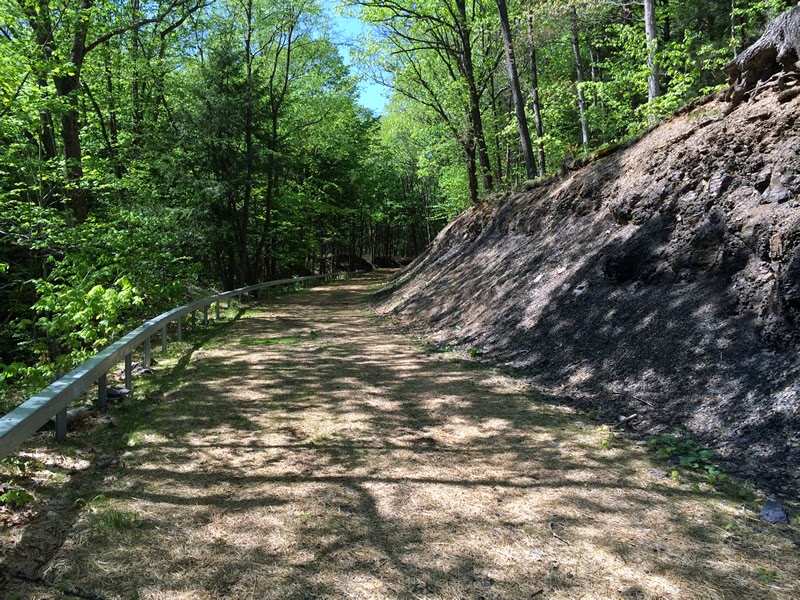 When I got to the gate on Ruhle Road, I turned south to check out the historic bridge. 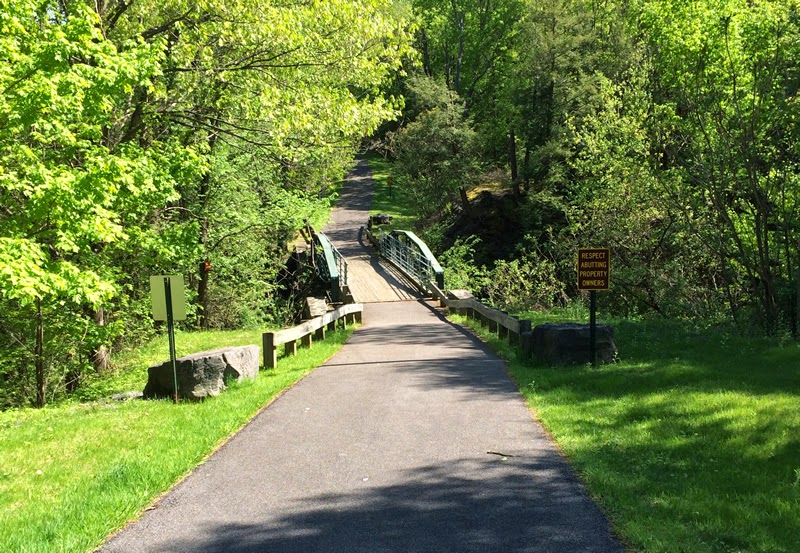 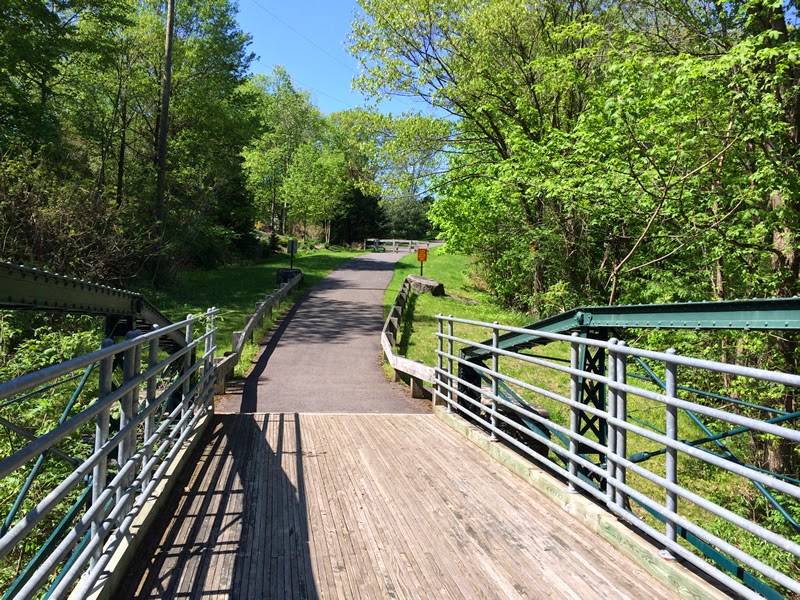 Lastly, I reconnected with the Zim Smith trail and returned to the car.


Still having more time (and energy) to bike, I drove over to Luther Forest and had a great time there as well.  See Post >
Posted by Rich Coffey at 7:08 PM