On my way to road bike a section of the Norwalk River Valley Trail,  I decided to snap a few photos of the old train stations in the vicinity.

Far removed from any railroad tracks, this station exists on Rt 7 near the Orem Diner. Info gleaned from the Tyler City Station website  (Scroll to Wilton1) details its original location.
Old Photo > 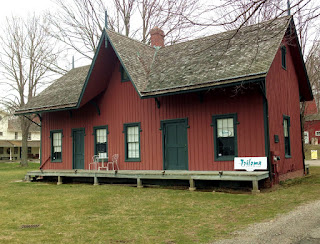 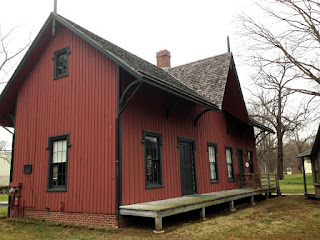 I had visited this station quite a few years ago and remember there being a Coffee Shop inside. Sadly, it has been long gone... 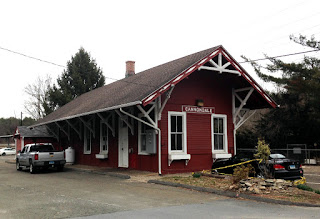 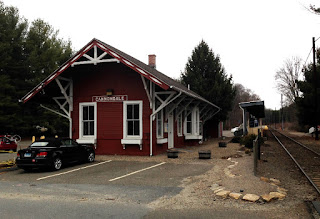 But I did get to snap a couple of interior shots thru the window, 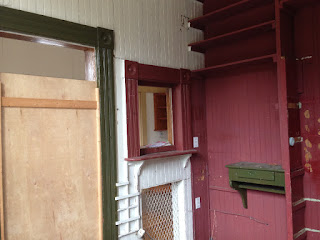 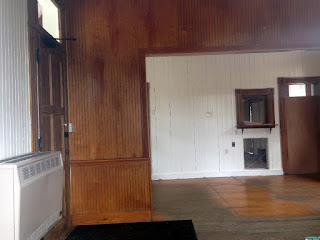 Posted by Rich Coffey at 5:52 PM No comments:

Revisiting the Abandoned Railroad Bridge over the Merritt Parkway

I decided to re-visit the Abandoned Railroad Bridge over the Merritt Parkway, but this time trekking in from the north. (Feb 2015 snowshoe visit >). I was joined by three friends and it was an easy hike to the bridge even though we were somewhat stymied by overgrowth. 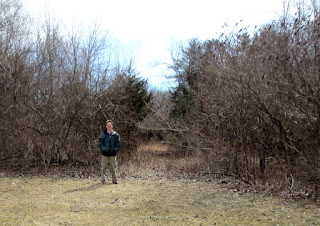 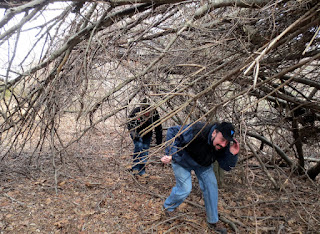 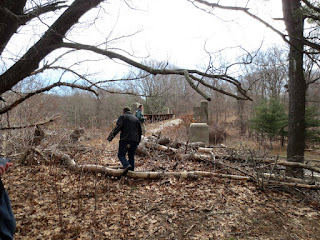 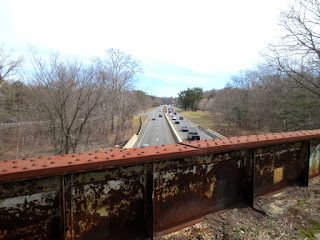 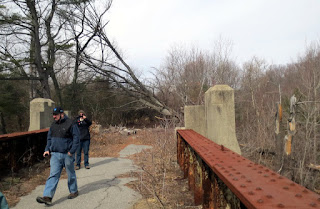 We continued on south after crossing the bridge as I wanted to show them the old foundation I had seen previously. The embankment was easily discernible but barberries were everywhere! 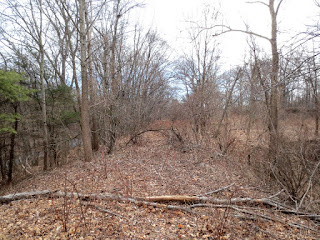 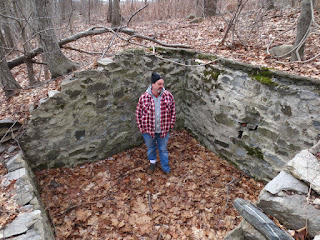 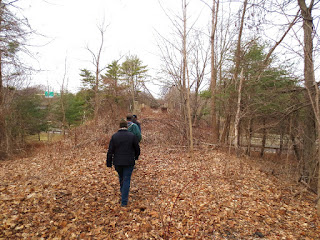 Sadly, a dead wild turkey was spotted on the Merritt from the bridge :-(  [In Montana this would be dinner for some - ROADKILL Yum yum!] 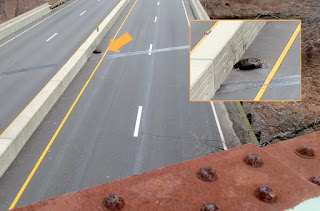 I then toured the Broadway Woods area with my excellent guide John Lauria (the Trumbull historian), who pointed out some old railroad ties just west of the cut... 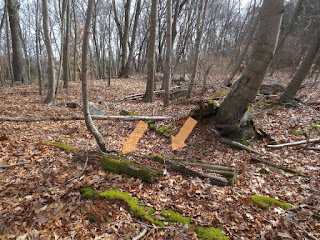 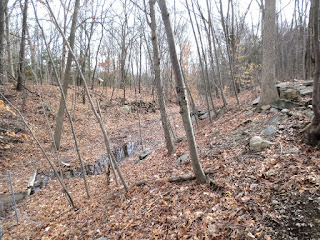 It was a long day -- I had mountain biked up in Old Mine Park before our hike and I headed over to the Valley after my second hike with John! This old man needed a nap when I finally got home mid afternoon but it was a fun day for sure.
Posted by Rich Coffey at 2:59 PM 2 comments: