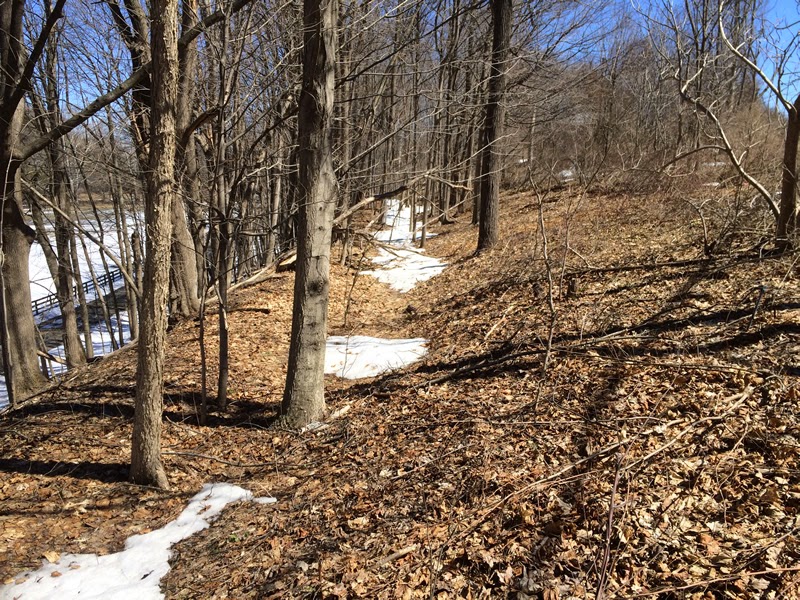 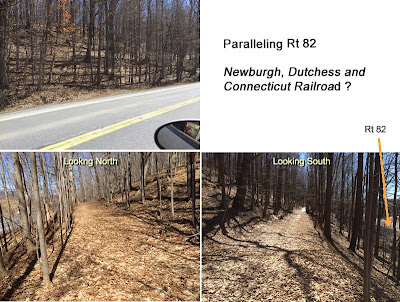 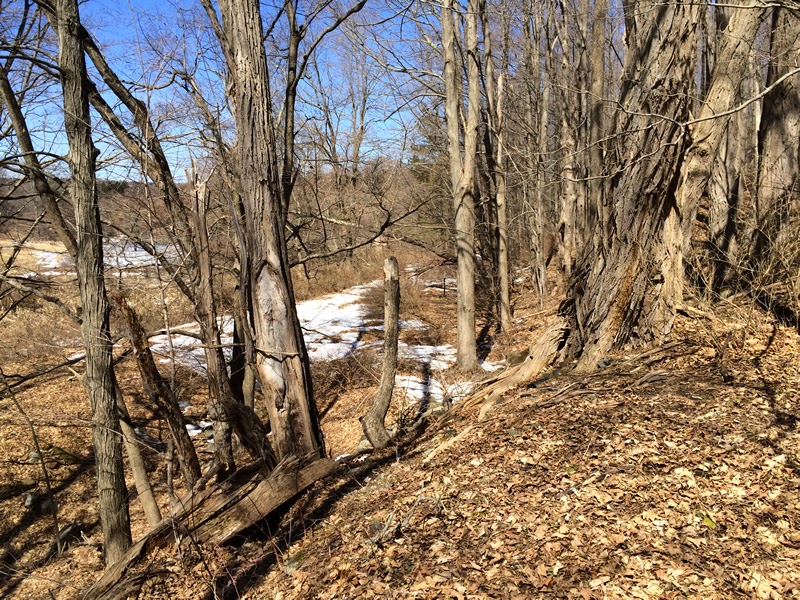 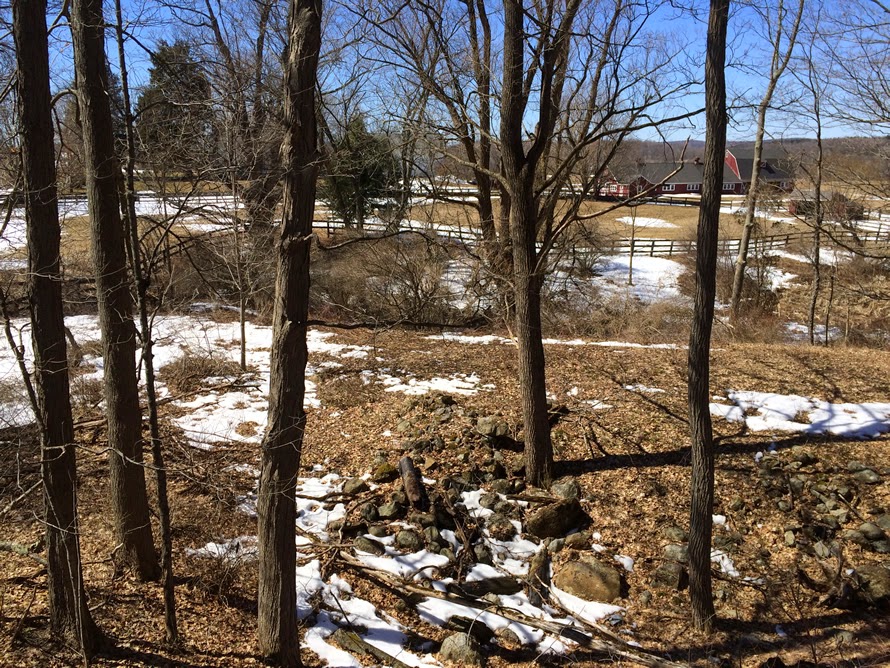 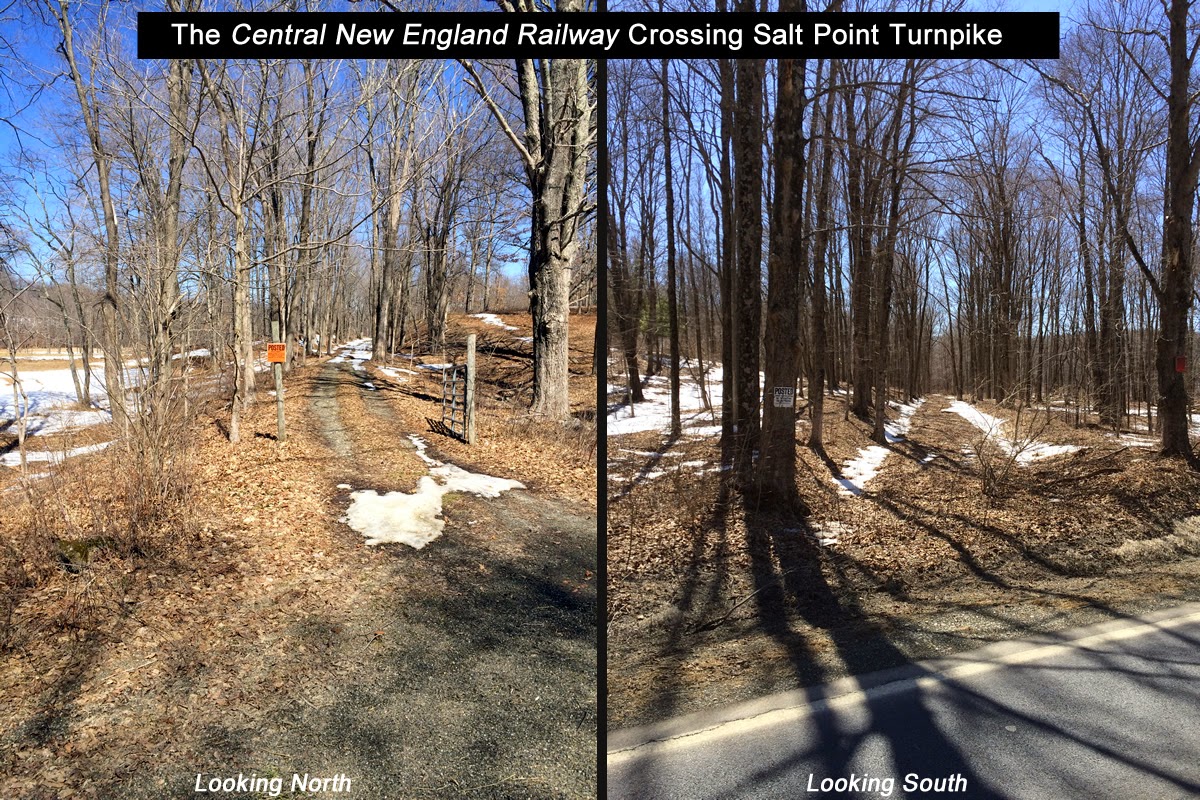 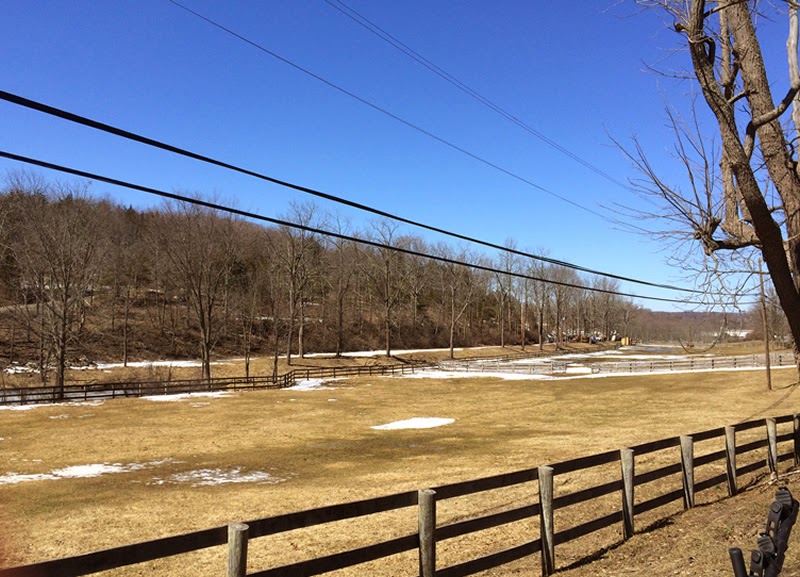 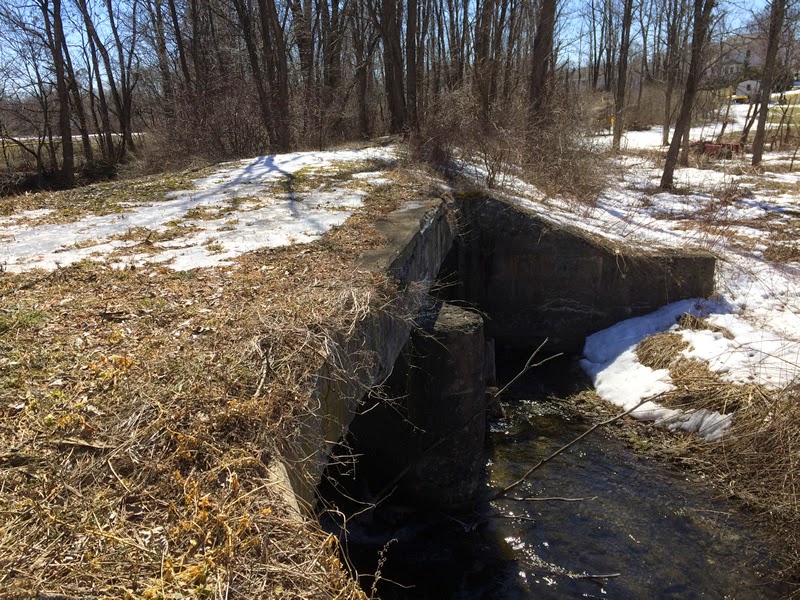 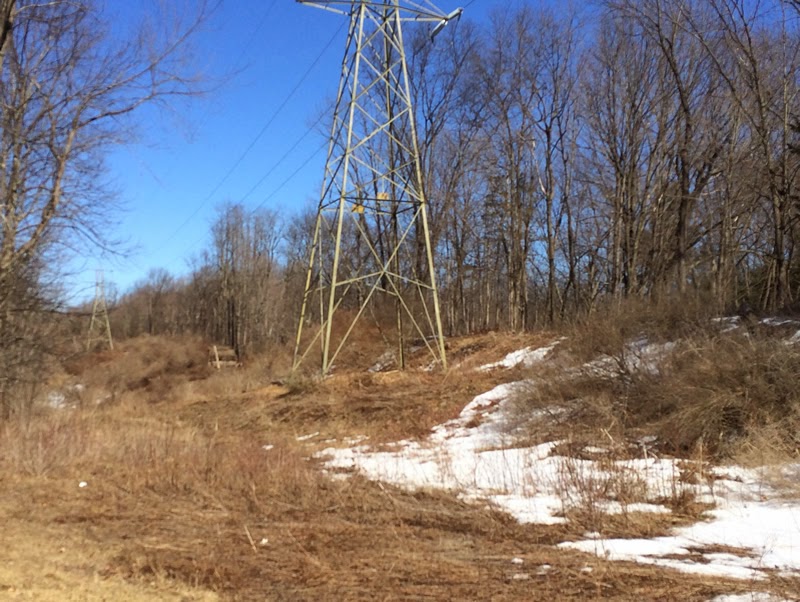 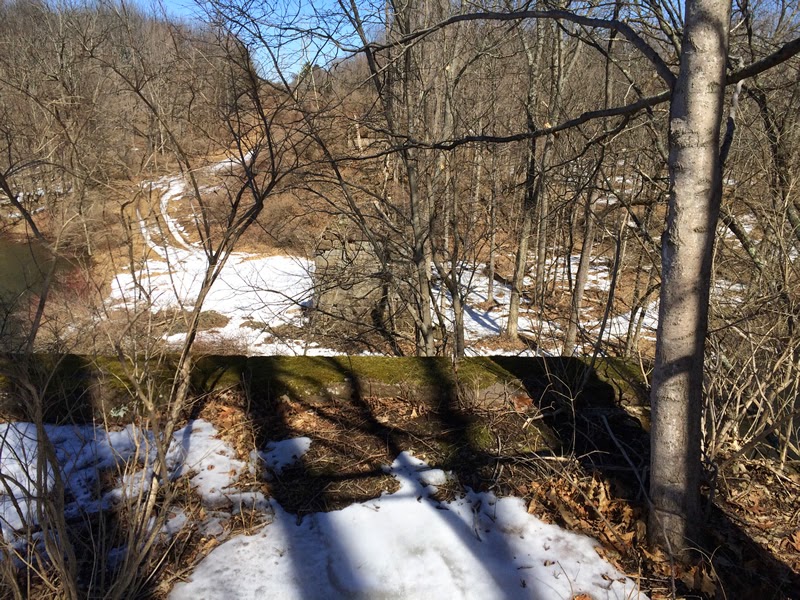 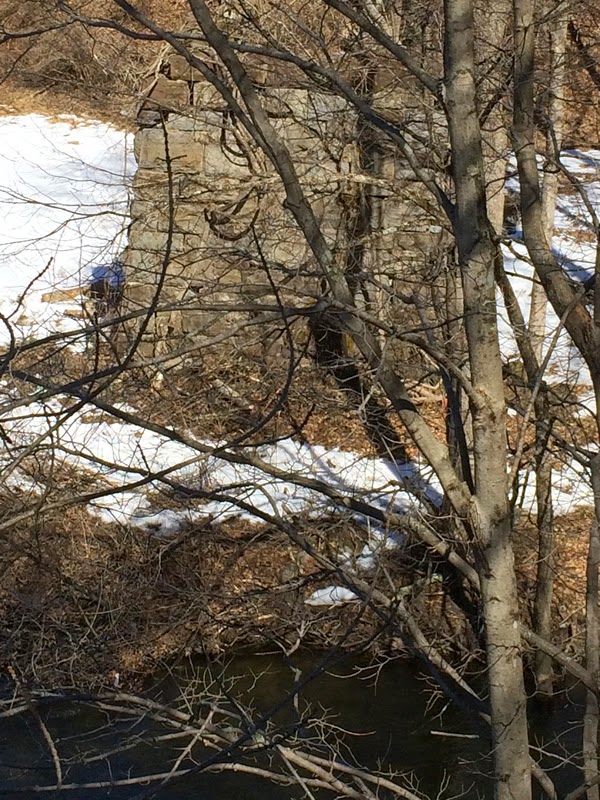 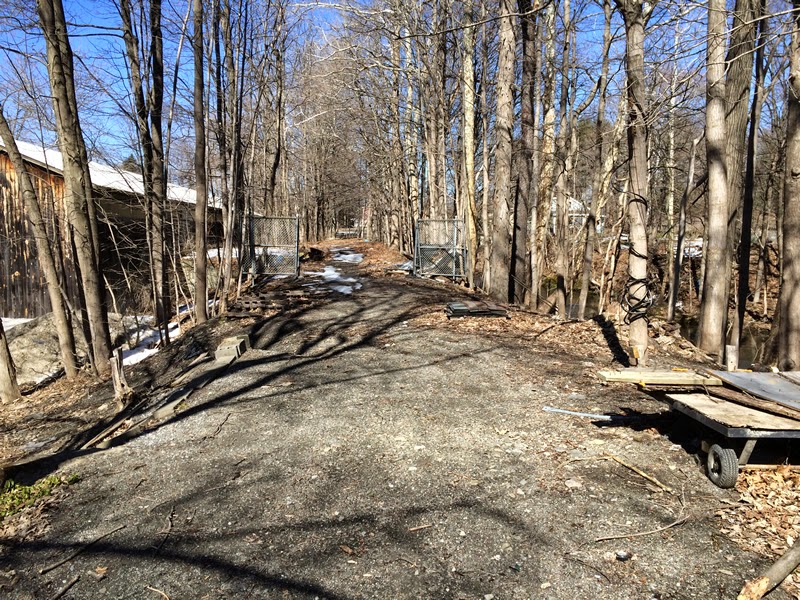 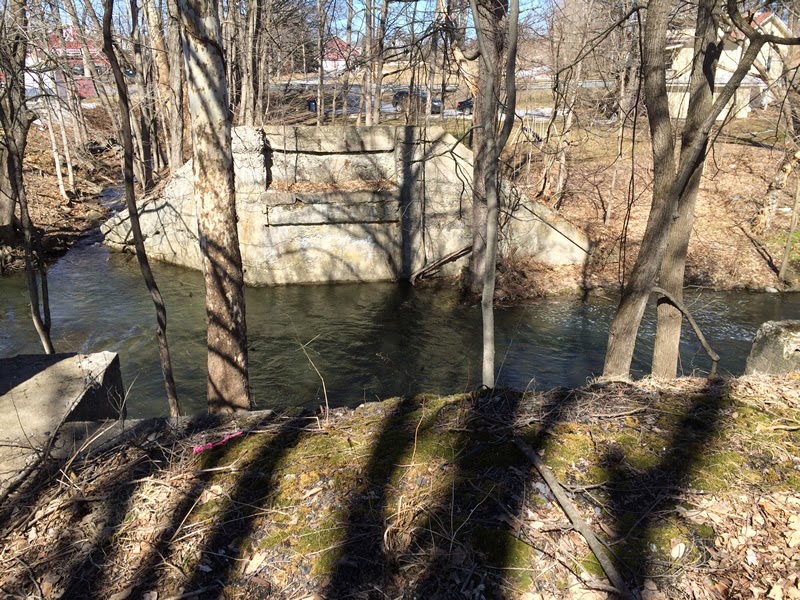 After my insane morning hike (posted here) and preliminary afternoon treks (posted here), I next drove up to Ballston Spa (picking up a Mountain Brew at the Stewart's near Curtis Lumber) and parked at the Public Parking near the Factory. What a magnificent building (once a former Chocolate Factory). 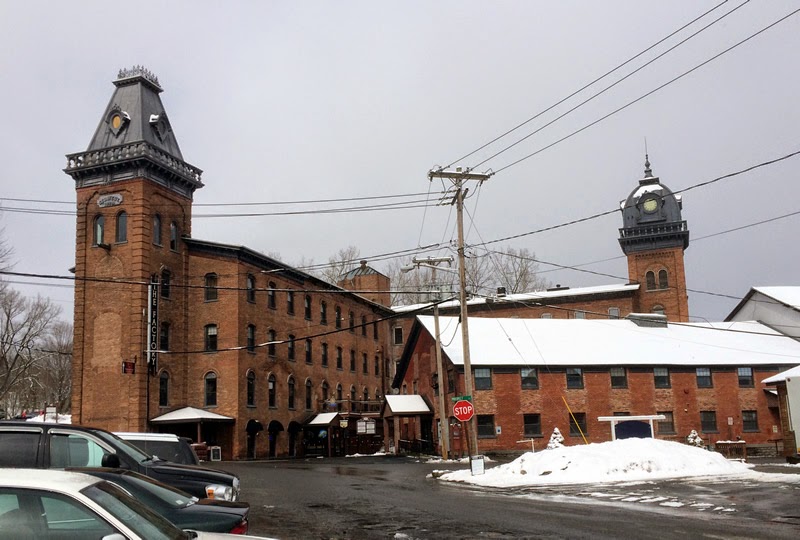 A short hike up the hill brought me to the northern end of the Rail Trail.  I made note of the old railroad abutment to the north to check out on my return. 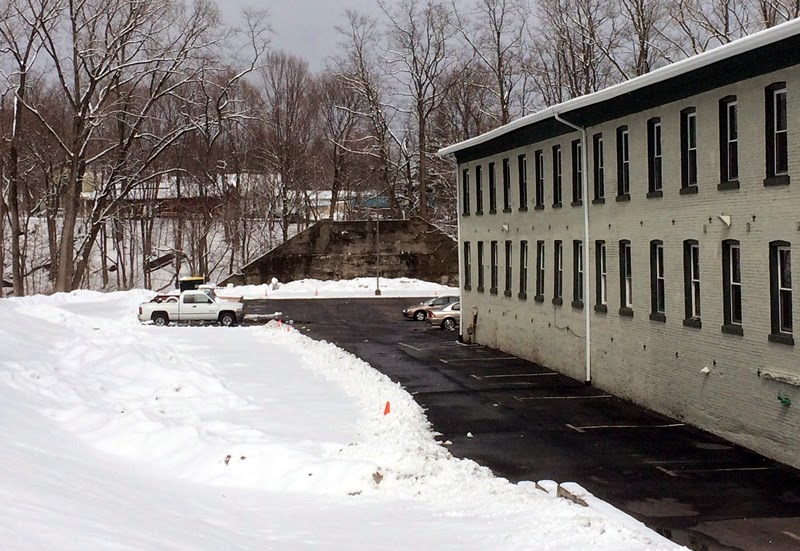 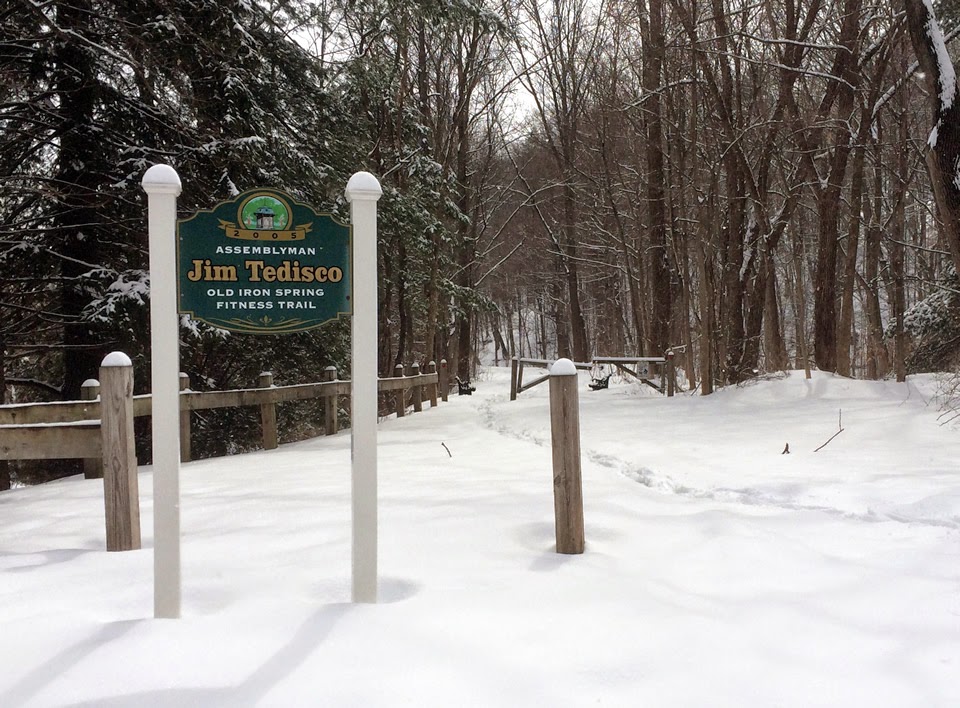 I popped the beer opened and made my way south... 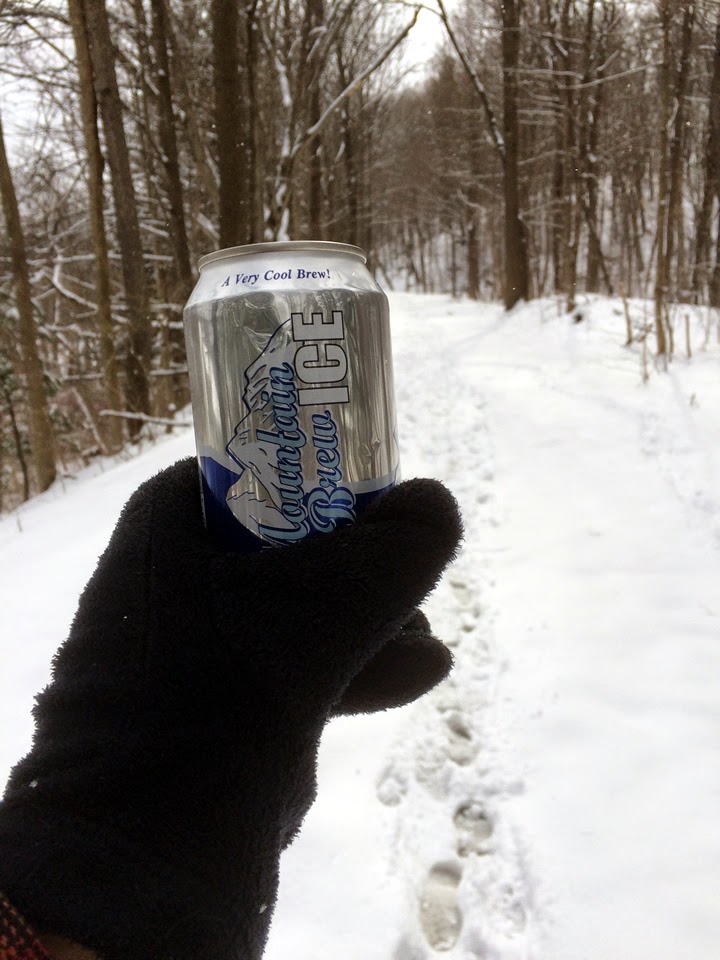 You pass by the ruins of an old factory and a massive chimney that is somewhat obscured by the tall trees. 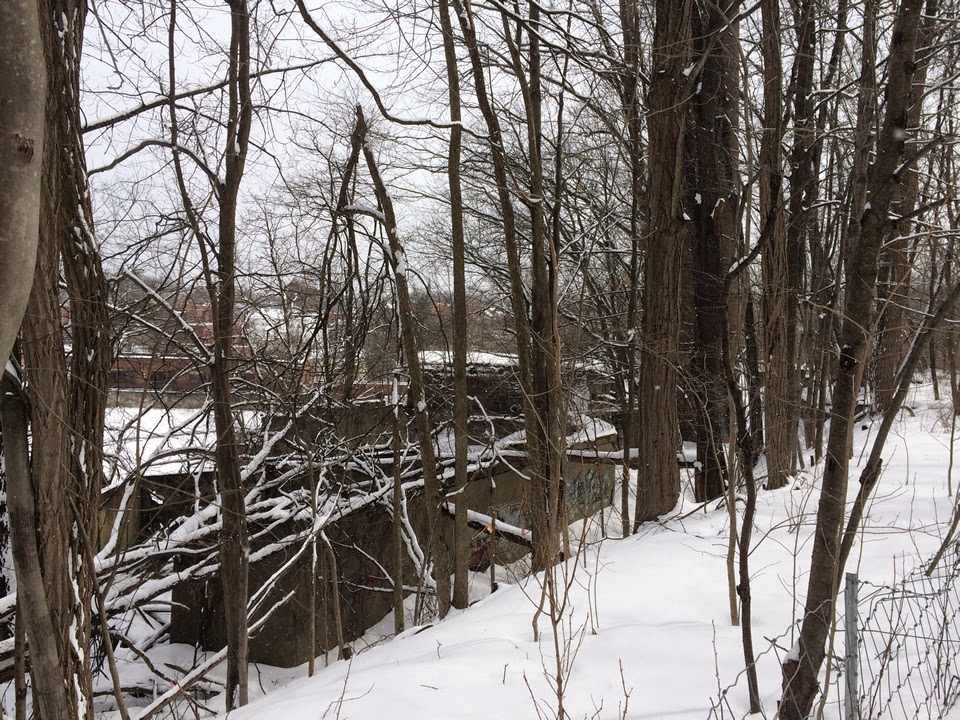 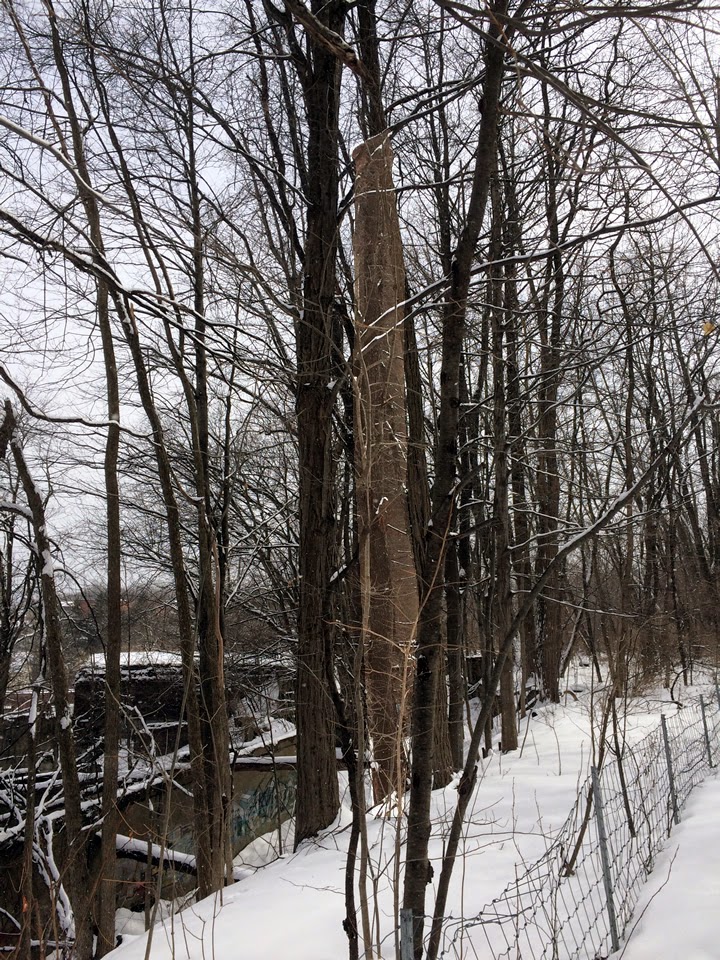 -Short Video-
FYI - The forest is growing on a roof!

It appears there might have been a old road crossing where indicated. 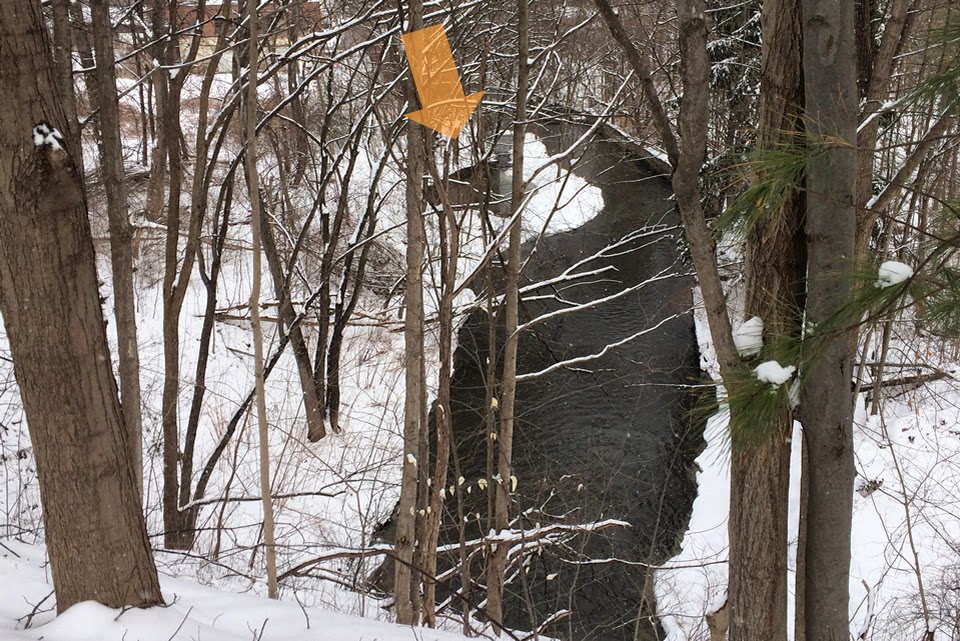 The south end of the trail end where the Front Street Bridge was removed... 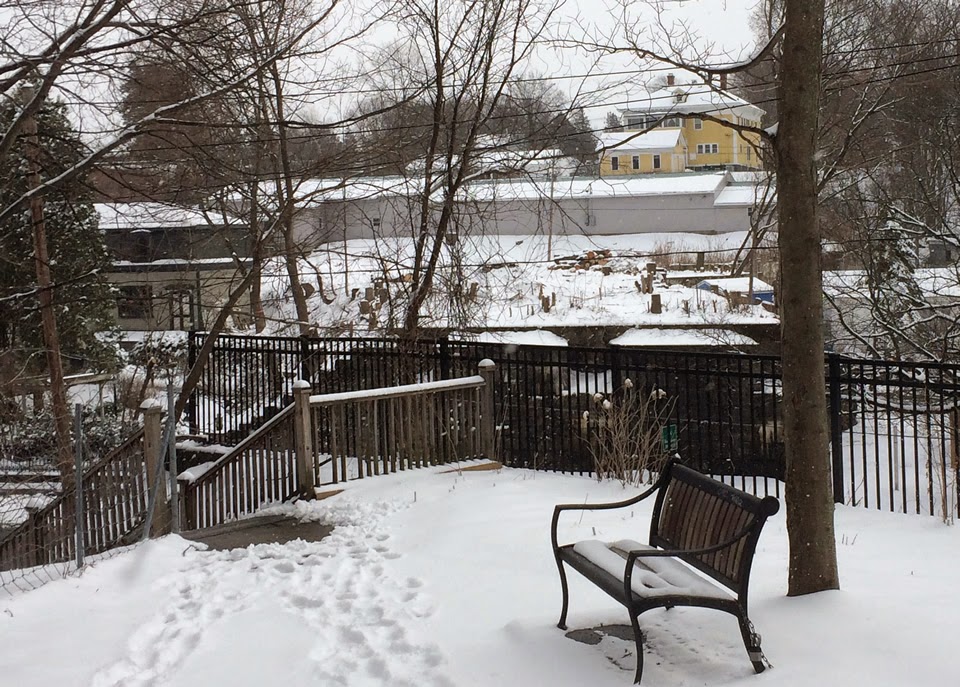 ... and looking easterly, you can spot the old spring (see Further Info below) 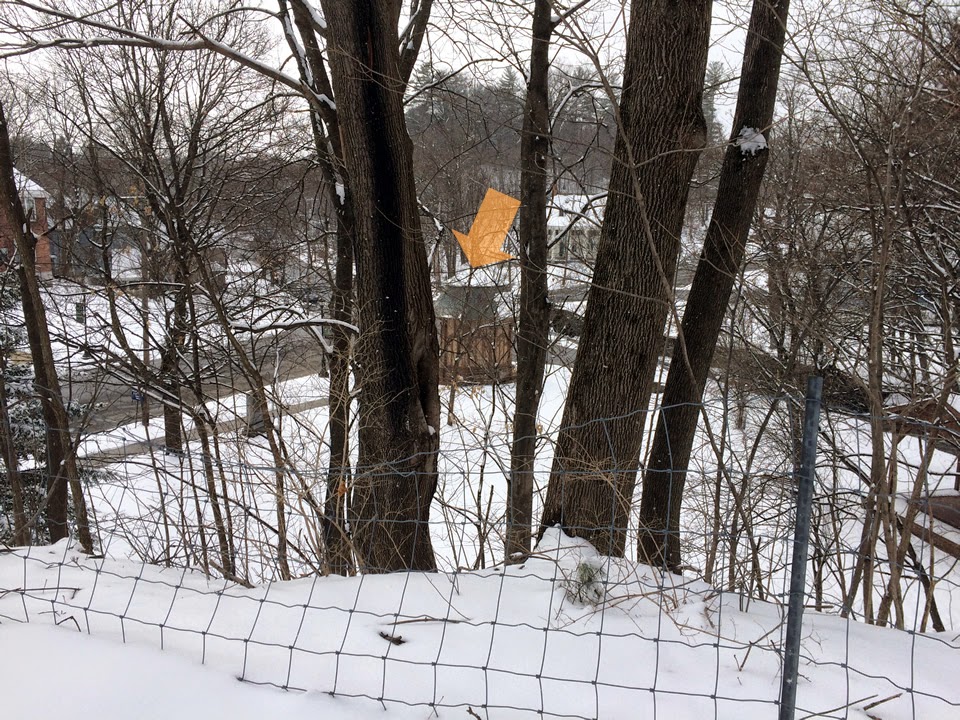 It was a short jaunt to return to the north end. Being a railroad "archeologist" - I was curious about the abutment I spotted and took a few photos. 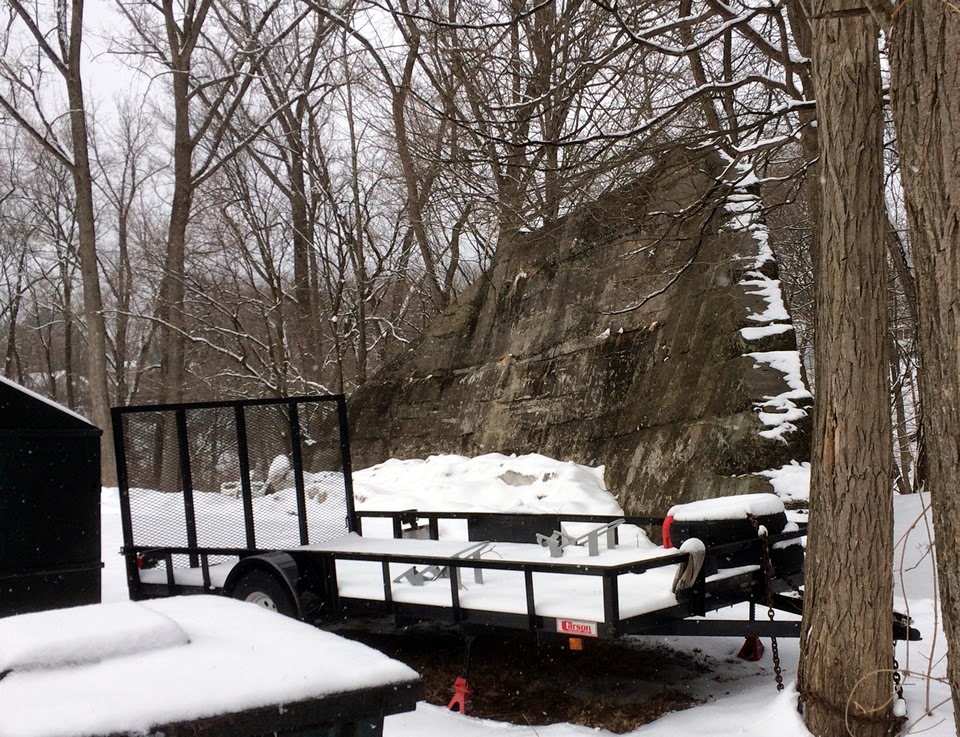 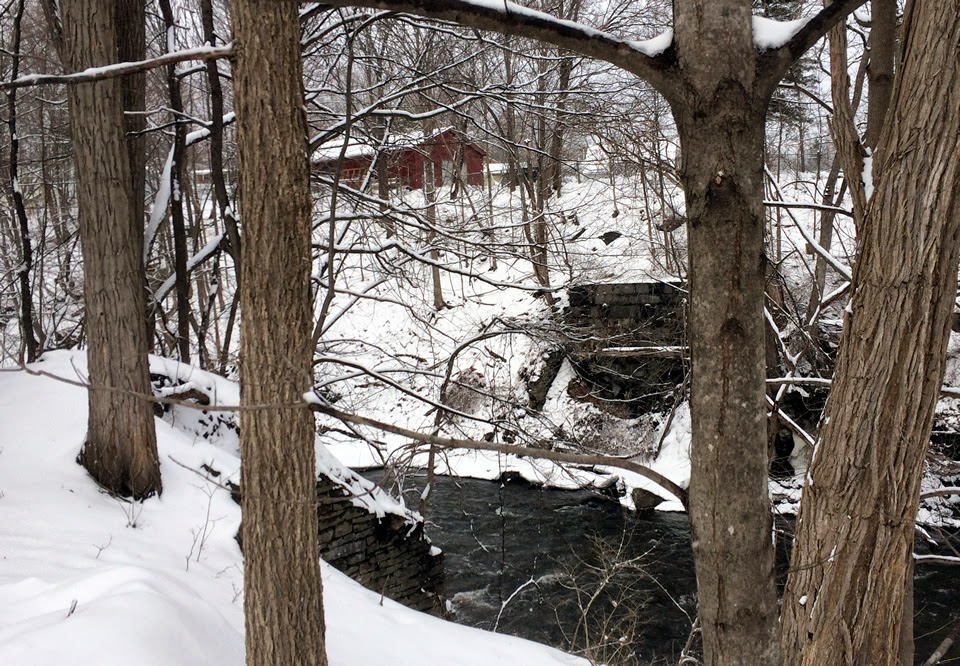 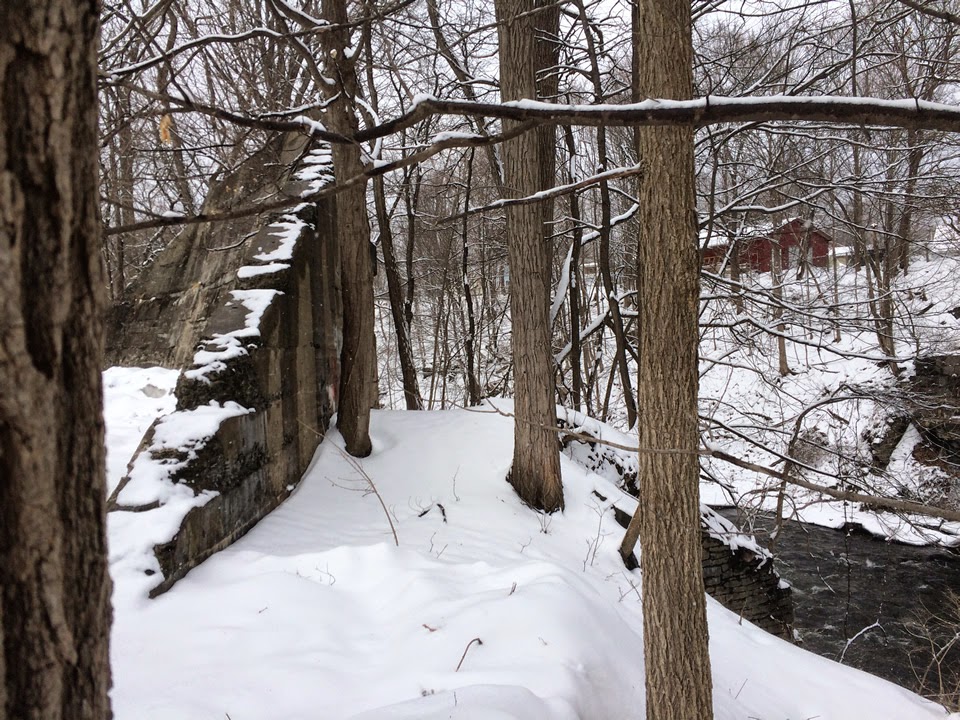 Although the abutment on the other side of the river looks much smaller, I believe it was the same size and broke apart. There are large chunks of concrete and stone scattered about to indicate that... 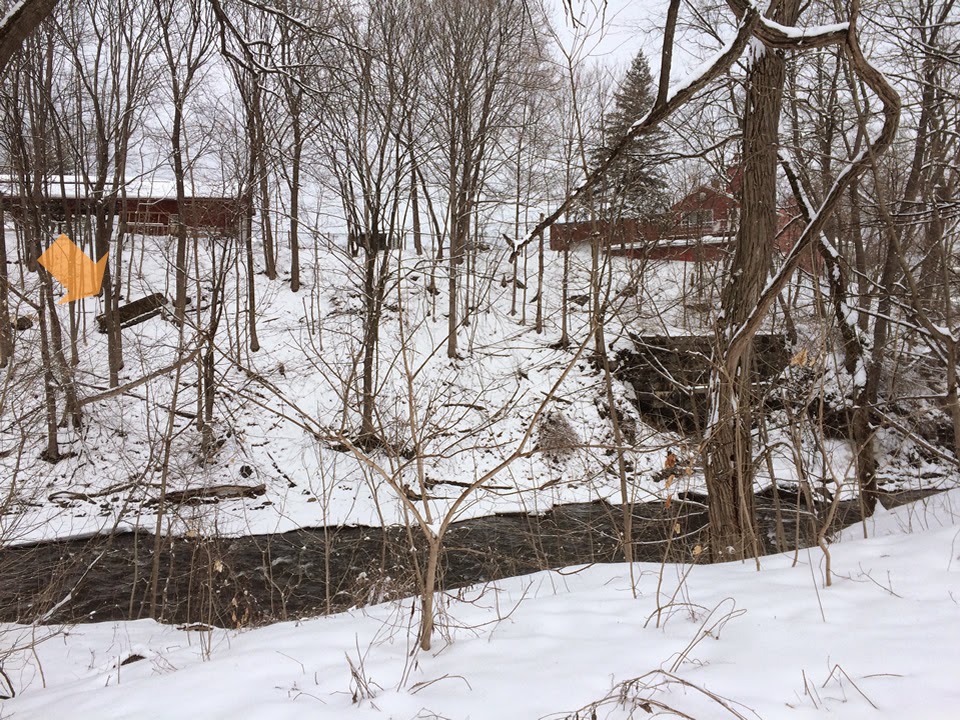 1902 Topo Map marked up to indicate the trail and abutments 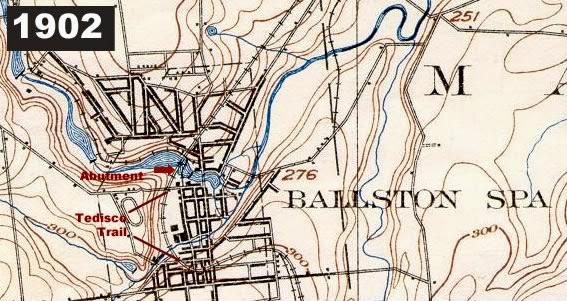