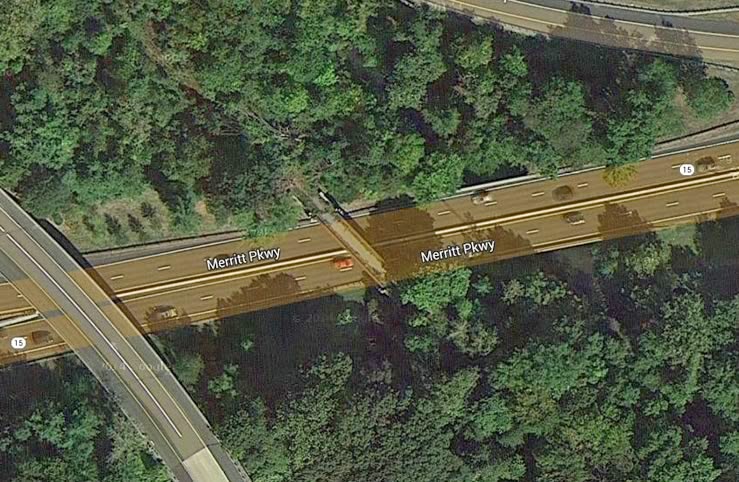 I have been mountain biking in the Pequonnock Valley for years and road biked the entire Housatonic Rail-Trail (Pequonnock Valley Greenway)  in 2013. The old railroad bridge over the Merritt always intrigued me so today, I donned my snowshoes and hiked in from Quarry Road.

Where I started my trek (at the north end of Quarry Road) was kinda ugly. 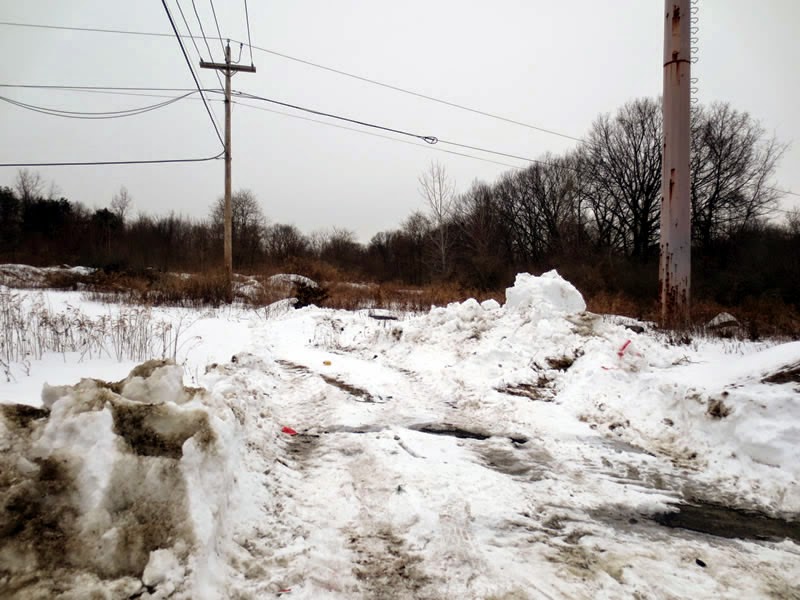 The snow was pretty deep and it really required snowshoes. I saw this protruding on the hike in ... 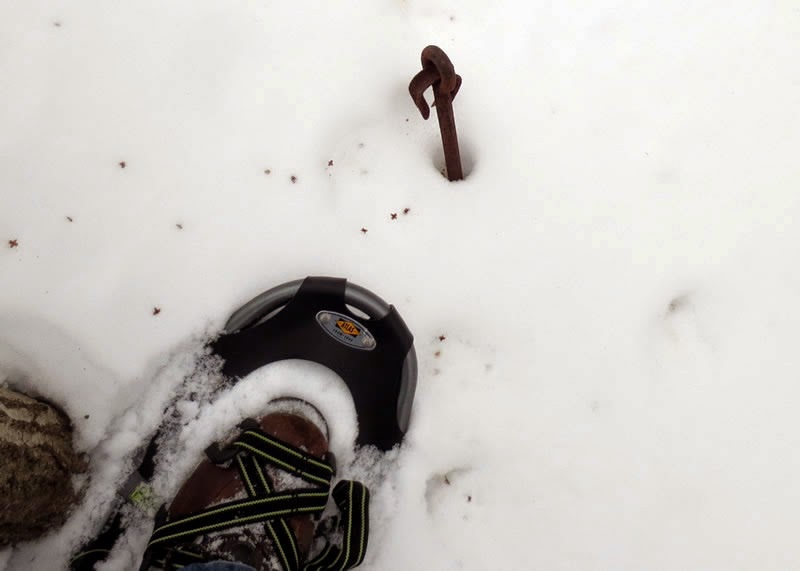 and this interesting ruin as well. 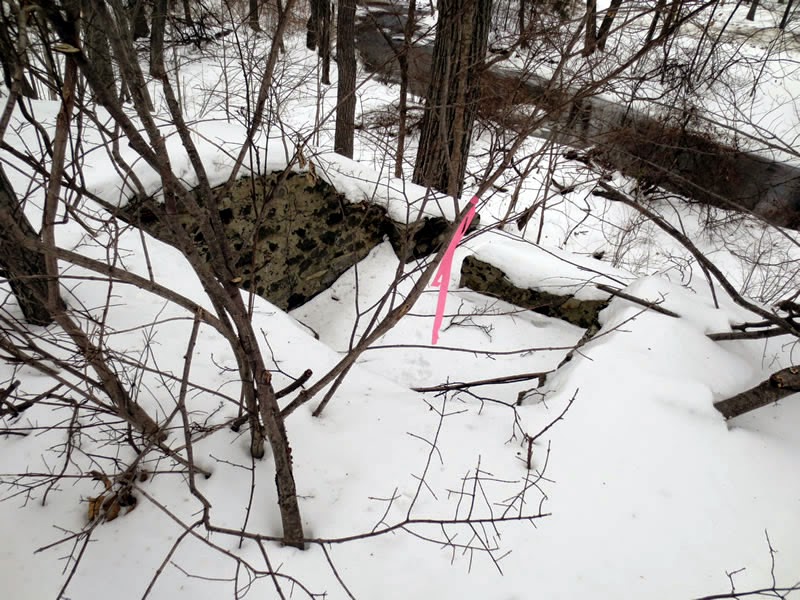 It is hard to tell from this photo shoot but most of the ROW was covered with plant growth (prickly invasive Japanese barberries, etc.) so hiking thru this in this summer would have required a machete! 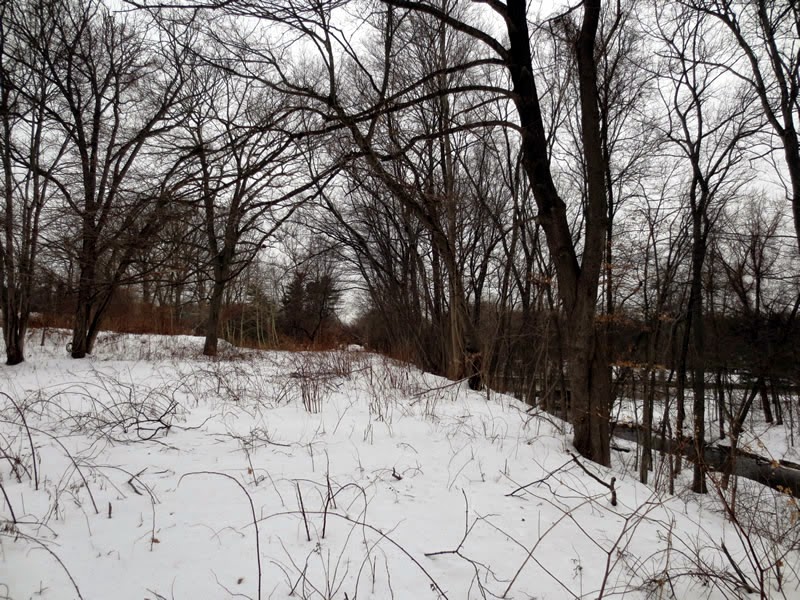 I could hear the roar of the traffic on the Merritt as I approached... 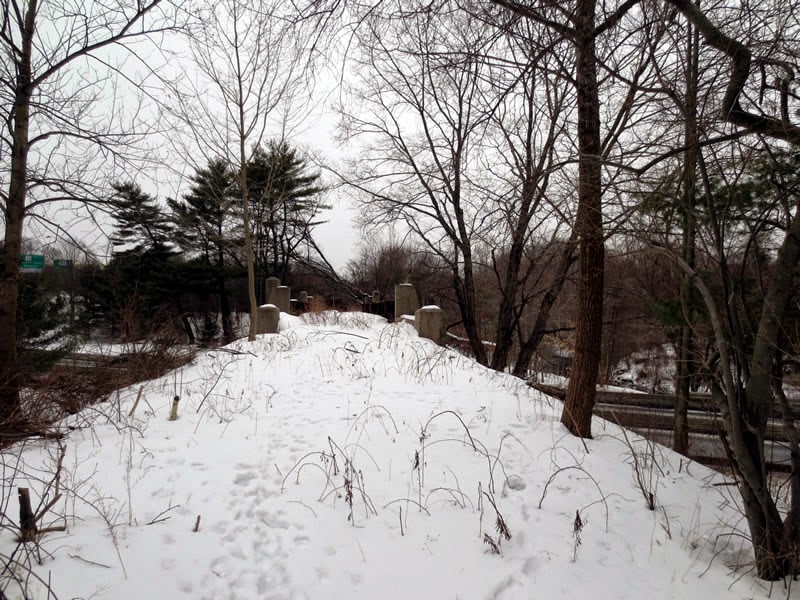 But it felt nice to finally cross it... 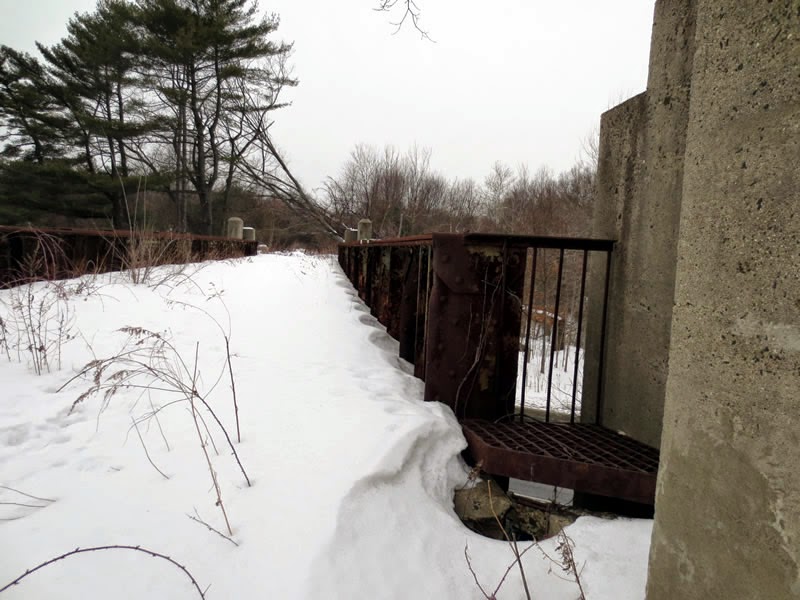 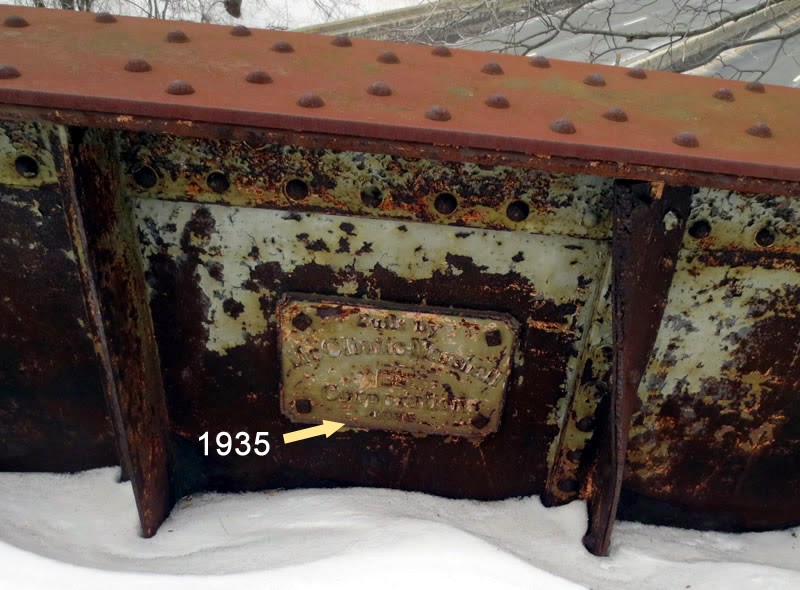 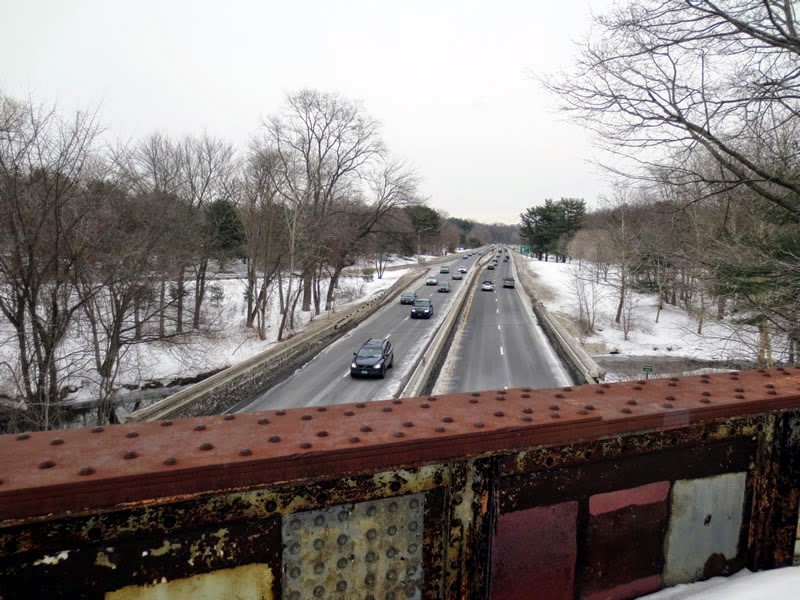 The old ROW continued on north but I turned around once across the bridge.... 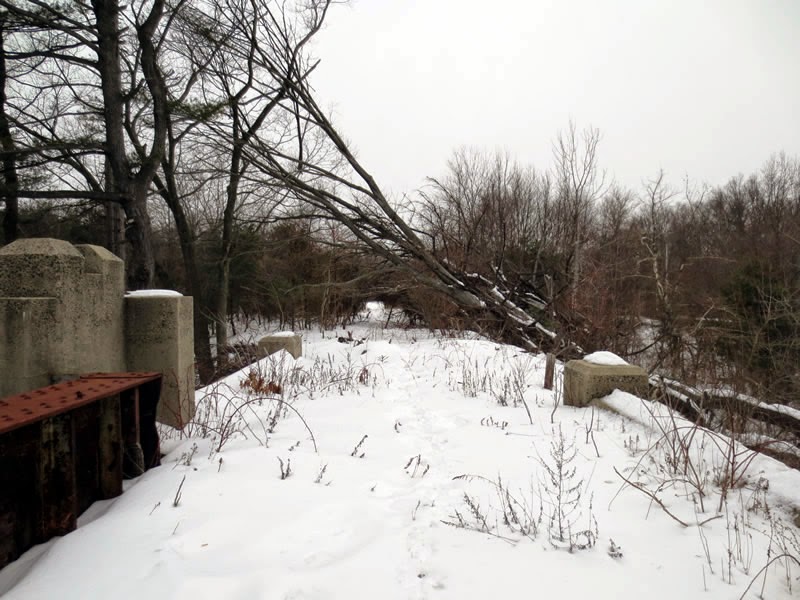 And snapped a shot looking south before my trek back. 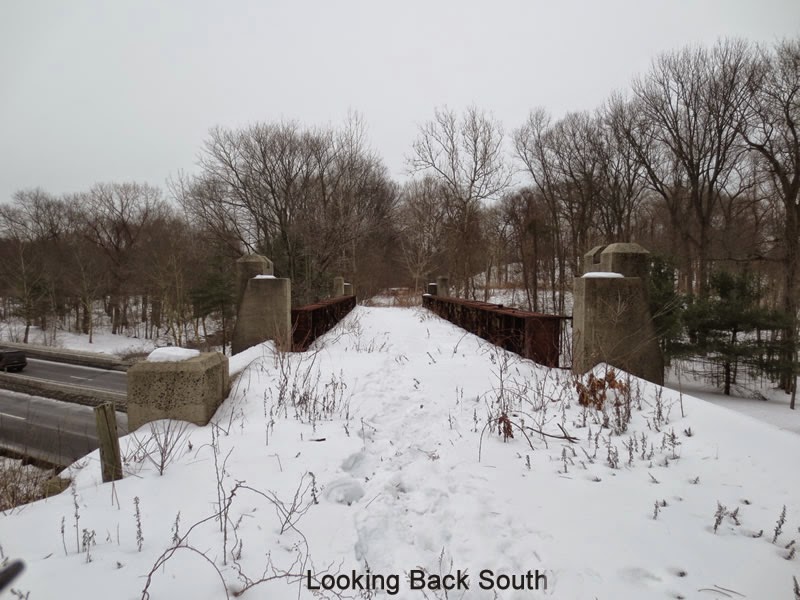 After returning to my car I went up to the Valley to Mountain Bike. The Trails were groomed well and I got in a short stint before the snow started to fall.  :-)

The railroad line was part of the original Housatonic Railroad line (New Haven Berkshire Division) that ran from Bridgeport up to Botsford, It was abandoned in 1940. 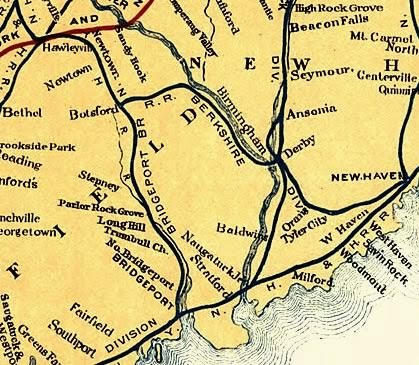 Posted by Rich Coffey at 3:08 PM No comments:

I drove over to Waterford NY - sans bike (it was overcast and snowing a bit outside) - but with snowshoes in car with plans to check out the Black Bridge Trail. 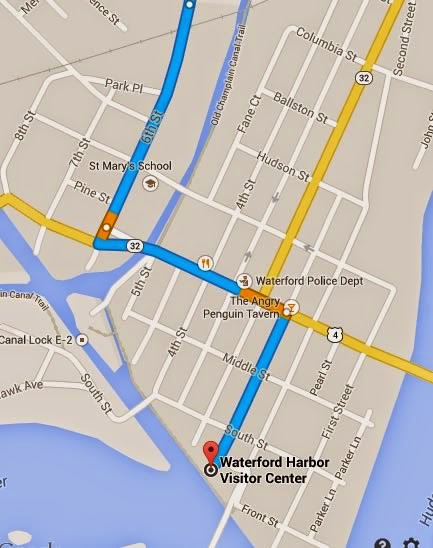 Waterford is--surprisingly--a pleasant little city (although the numerous tattoo parlors on Main Street felt a little weird). I parked at the Waterford Harbor Visitor Center which was closed.

Did You Know?
It's hard to believe now but the relatively calm area was once hustling and bustling and the centerpiece of economic activity during the old Erie Canal days... 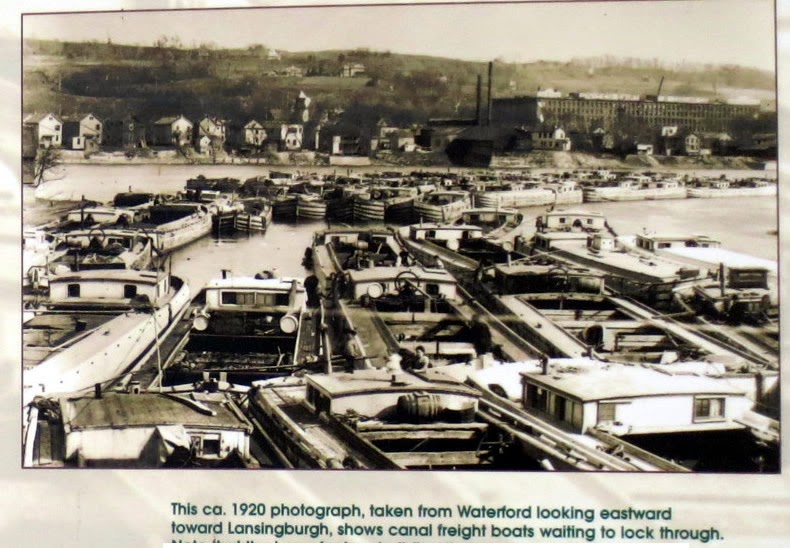 The trail was completed in 2011 and its main scenic attraction is the rehabilitation of the former Delaware & Hudson Railroad Bridge that spans the Mohawk River. The Black Bridge to Green Island was built in the 1890s and the rail line was still used into the 1960s. 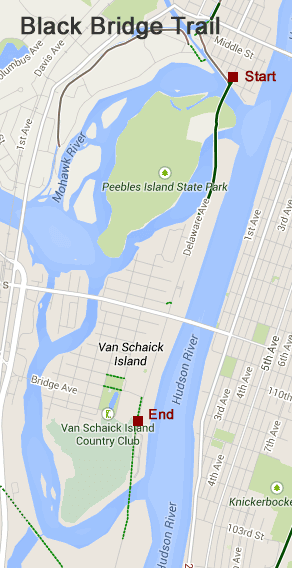 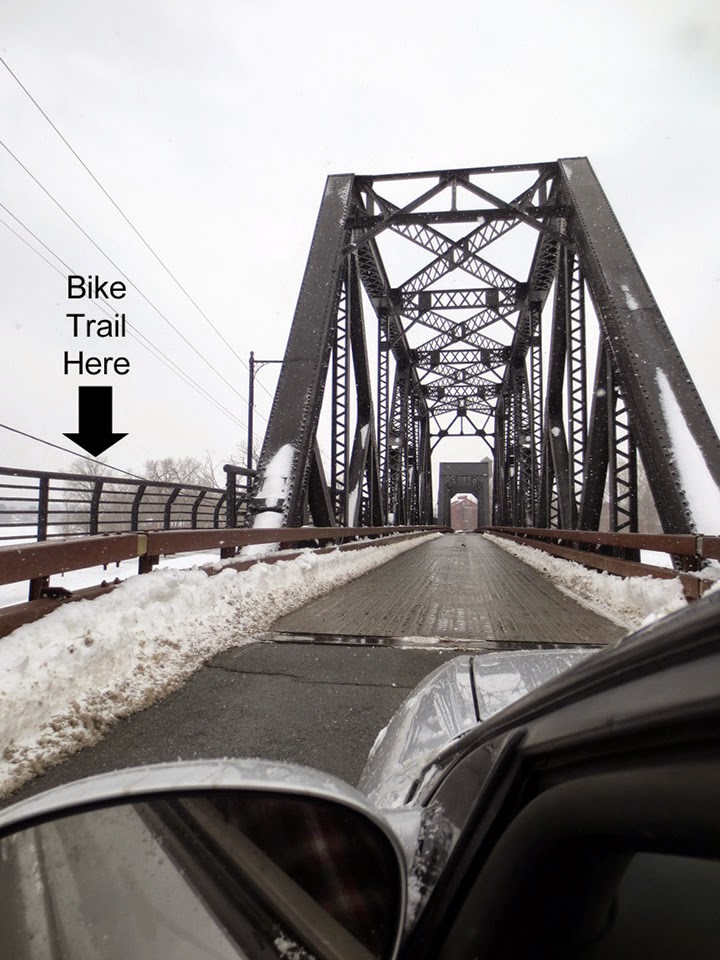 Its a super short drive until the next narrow bridge which takes you to Van Schaick Island. There were deer on the iced-over river! 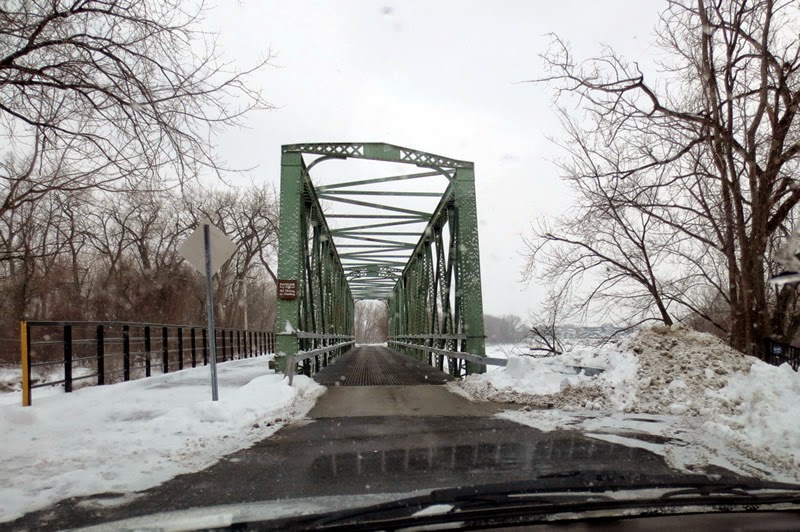 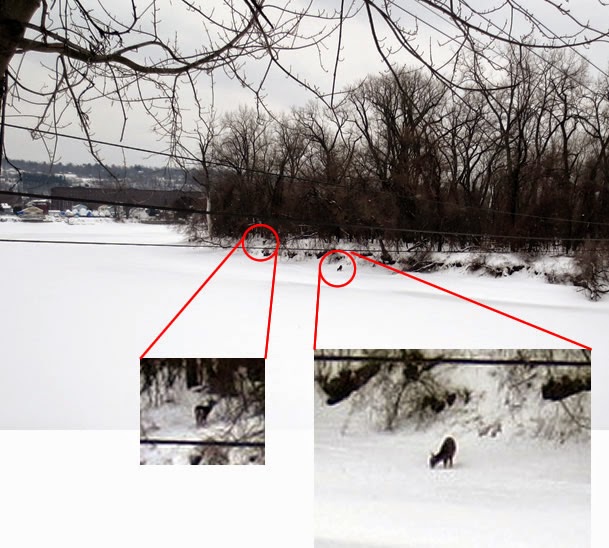 At the end of the drivable part, the old rail bed continues and crosses the last bridge that takes you to Green Island. (I turned around here and thought to save this section for a sunny day) 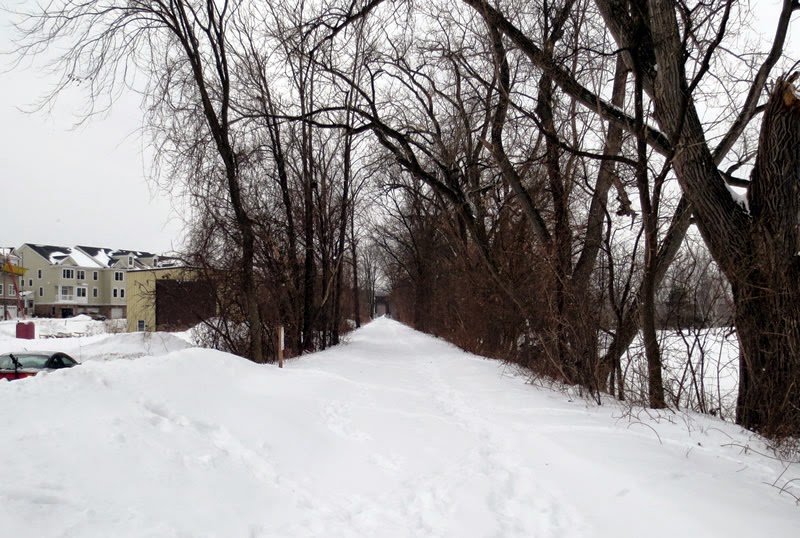 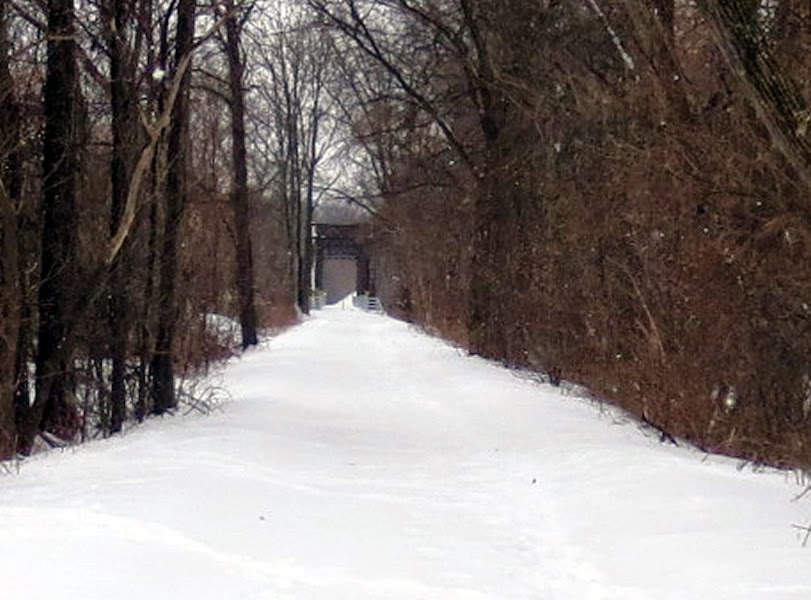 Upon the return north, I took a photo of the trail (the old railbed), as it paralleled the street. 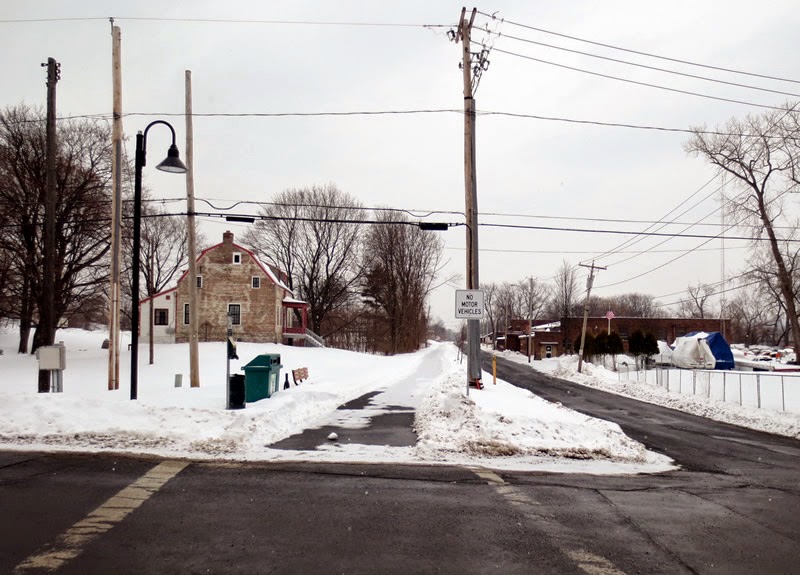 Who knew? Van Schaick Island was a major encampment area prior to the Saratoga battle! 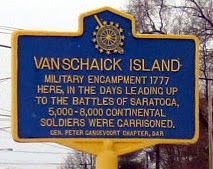 Well the crappy weather and the gray overcast made the photos look dreary and gloomy. All in all the trek was a bust... :-( I imagine the trail would be much more fun on a bike on a sunny summer day so I'll be back at some point in the warmer months.


I drove across the Hudson into Lansingburgh (north Troy) and drove down south for a few blocks and found this view of the 3rd Bridge. 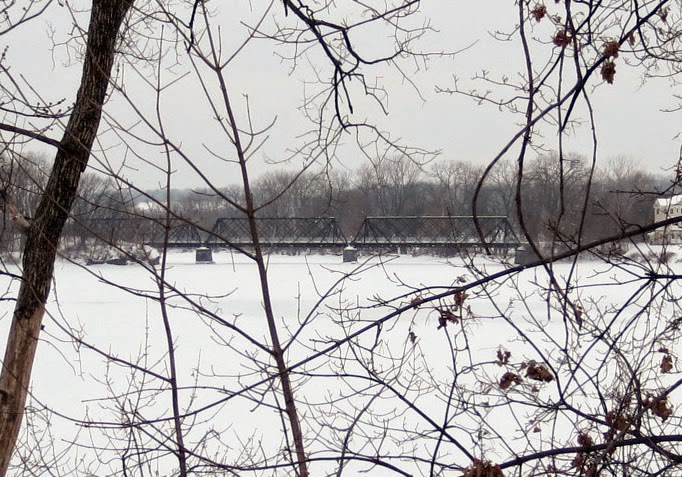 Finally feelin' the urge for a quick beer, I stopped at the Stewart's before recrossing the Hudson and picked up their 75 cent special. The photo was taken in front of Caputo's Pizzeria - a great spot for serious Italian food! (Rt 9 -  CliftonPark) 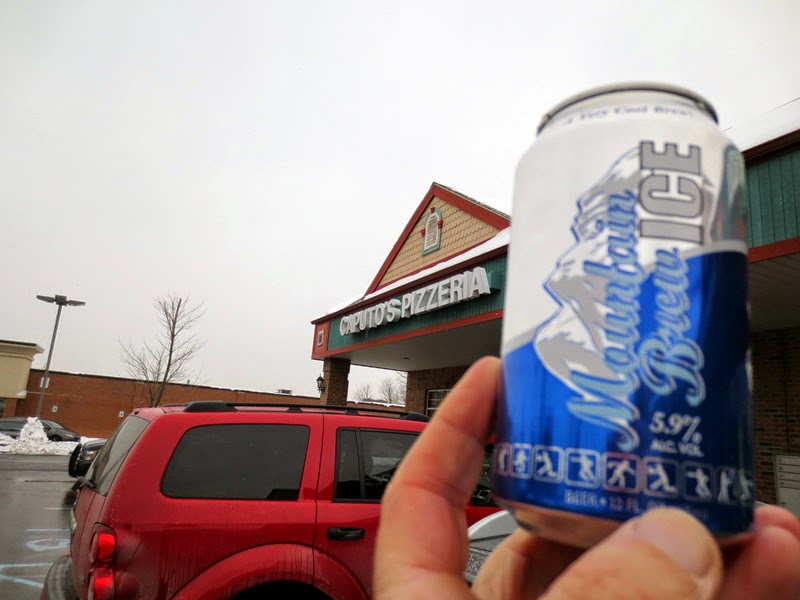 Curious as to the condition of the Mohawk-Hudson Rail trail, I drove to Colonie Town Park and confirmed it was NOT rideable. Snowshoes or XC skiis only... 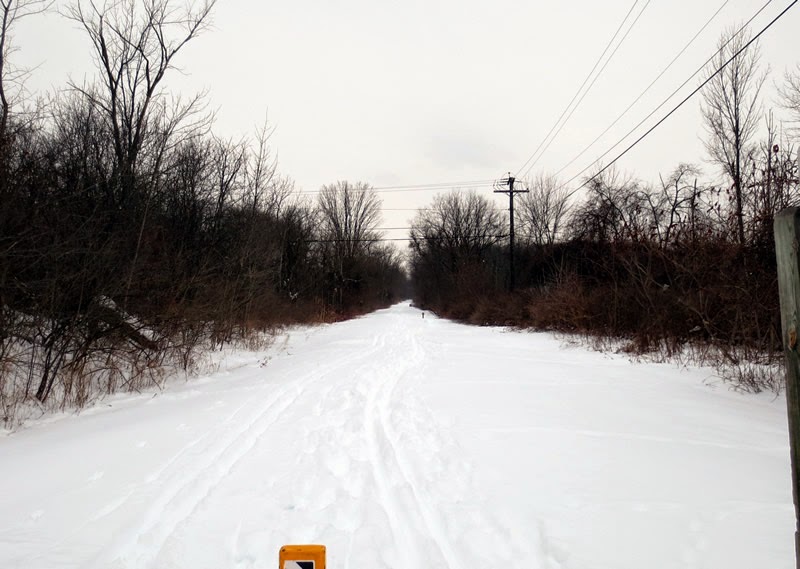 The "Black Bridge" Branch of the Delaware & Hudson railroad was built in the 1890s and the rail line was still used into the 1960s.  Green Island was a major industrial hub. From railroad repair shops to Ford Motor Company's plant (manufacturing radiators and spring) the branch line was busy in its hey day. 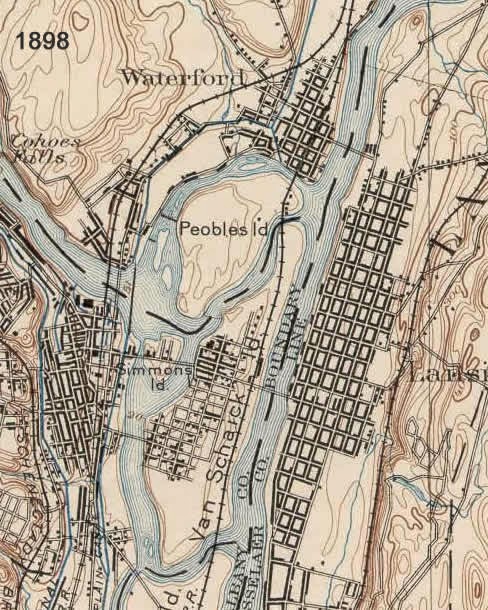