I was traveling through East Hampton, CT and discovered the old railroad station.  The weather was a bit cloudy and gray so the pictures aren't optimal. Nevertheless it was cool finding it! 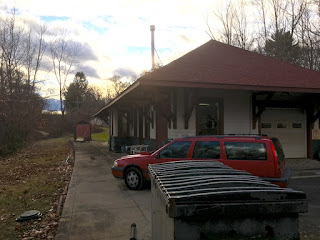 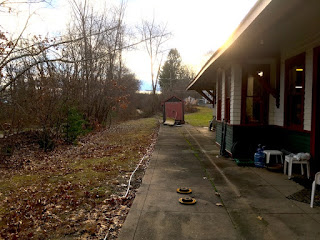 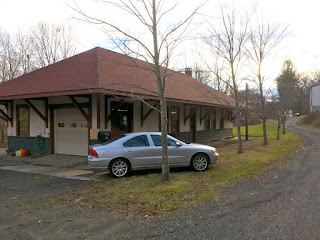 This photo is from a Google Street View 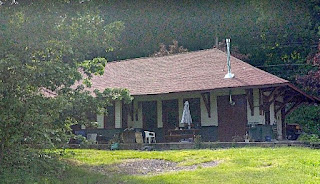 I rode the Airline Trail a couple of years ago and started the ride from East Hampton. The photo below came from the kiosk in town. 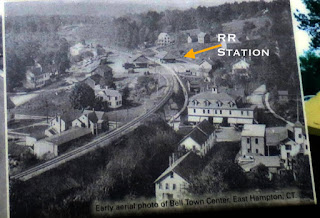 The first railroad through the town was the New Haven, Middletown and Willimantic Railroad. It ran from New Haven to Willimantic, forming part of a more or less direct route between Boston and New York City and was was completed in 1873. The Panic of 1873 and the high expenses of construction bankrupted the line and forced its reorganization as the Boston and New York Air-Line Railroad in 1875. After a few years of attempted competition, it was leased by the New York, New Haven and Hartford Railroad in 1879.
Passenger service was discontinued in 1927 and the rails were abandoned entirely in 1965. East Hampton to Willimantic was opened as a trail in 1986.
Posted by Rich Coffey at 1:28 PM No comments: