What a productive and fun-filled day—despite the early morning crappy weather and my original goals not being met!  Although a big mountain biking Trailfest was set for the weekend, I had promised to take my wife Cristina to my niece’s women-only wedding shower in Stockbridge, MA.

While Cristina was at the wedding shower, my original plans were to ride my bike—either road bike/rail trail biking or mountain biking at Pittsfield. A huge rainstorm the day before and early morning nasty gray clouds put the kibosh on those ideas, so I opted instead to sniff out--via car and foot--this section of the old Rutland railroad line: 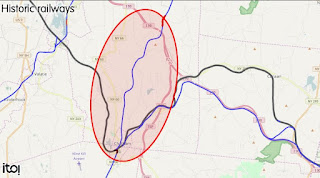 An old embankment on the Berkshire spur just north of Old Chatham intrigued me a while ago to start some preliminary research: Chatham Division of the Rutland Railroad

Old Chatham is a quaint little village that required a trip on Peaceful Valley Road--rather than the Mass Pike and Berkshire Spur--when traveling westward from Stockbridge. Once you duck under the Berkshire Spur, you encounter vestiges of the Rutland rail crossing. 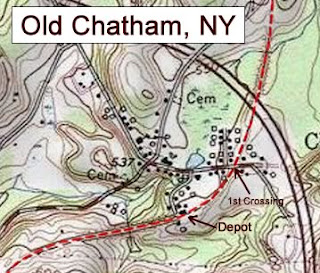 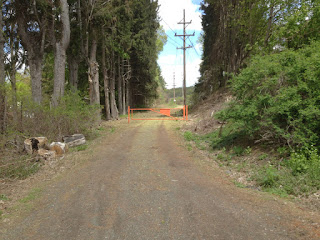 Curiosity next led me down Depot Lane and I was quickly rewarded!
My first discovery was a steam engine in a local’s driveway! I was fortunate to met and chat with the homeowners Bill and Holly Logan who explained it was actually made out of styrofoam and the rear simulates the remnants of an explosion. How cool! 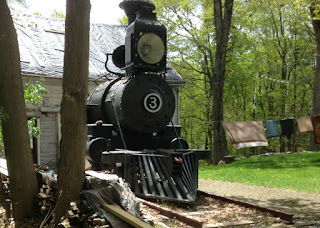 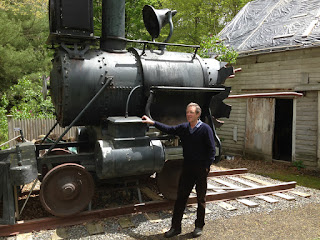 Hanging between the trees is another art object called "viewfinder":
The Logans also informed me that right across the street was the old depot. I was once again fortunate to meet the owner—Joe Finn—and we had a nice chat including a gift of a spike he had from the line [he is also a jazz guitarist so of course we chatted about music as well :-)]. He was very knowledgeable of the history of the line and pointed out the foundation of an old milk factory. The Poulin historical photo, taken right before abandonment illustrates the sidings between the station and the milk factory. It its heyday, Old Chatham was a hopping place :-)
Lastly, these friendly locals informed me that the old ROW was navigable more or less all the way to Chatham. I will be back with my mountain bike to put together a detailed photo overview :-)

I was getting hungry and realizing a mountain bike ride at another date would be the best bet for documenting the ROW, I headed straight for Chatham. As I pulled into the Brewery, I had the good fortune of catching a 3-header CSX come thundering by. (Actually I think it was a 5-header - I rushed out of the car to get a snapshot and only 3 engines are shown here.)
Lunch consisted of a beer sampler and local grass-fed beef burger. Mmm… mmm… good. 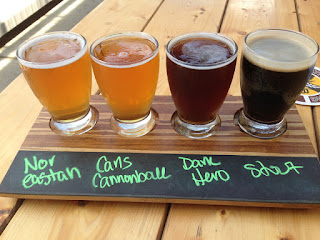 As I scarfed down my last beer sampler, I realized it was already time to head back to Stockbridge so I took the shortest route across a bunch of scenic back country roads.

I had photographed the Chatham Train station previously.

Travel took me once again thru West Stockbridge and another curious turn off on Depot Road took me to what I believed might have been a train station. Later—upon online research—I realized that the larger coffee shop /restaurant just a bit further was the old passenger station (according to their website). 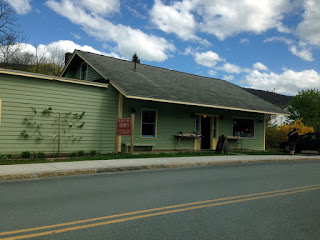 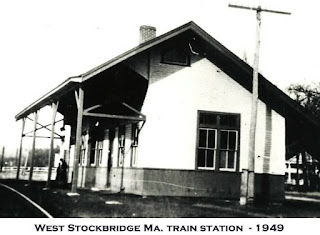 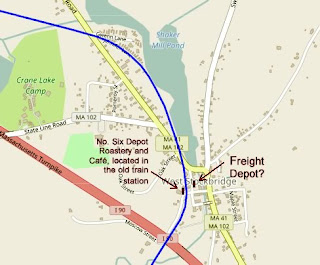 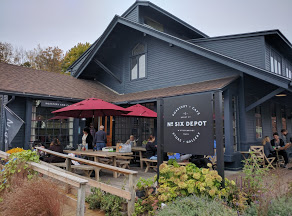 The wedding shower was held in the majestic Red Lion Inn. It’s a beautifully-preserved relic from the past. I had a special treat awaiting me on the wall - an 1855 historical map detailing the old railroad lines. Once again - How Cool! 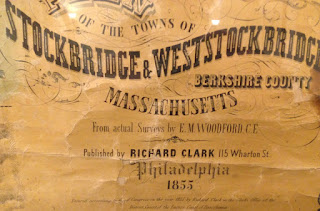 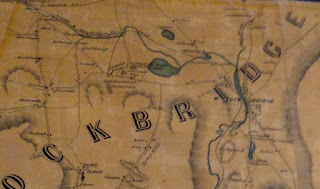 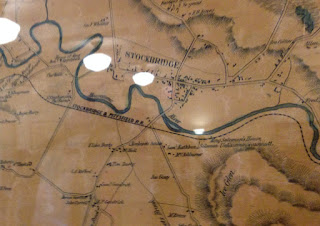 Cris and I returned home via Rt 7. We first stopped at the North Canaan Railroad Station. Its in sorry shape now but will be renovated. 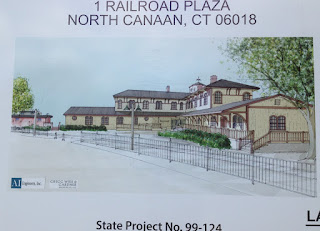 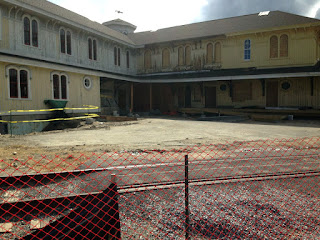 Heading south from Canaan, Route 7 is really scenic as is hugs the Housatoninc River winding its way thru the Litchfield Hills. Our next stop was at Stone Wall Farms - a lovely community farm just north of Kent Falls State Park. We picked up some raw milk and local honey. (Once back home, Cris made me a cup of warmed raw milk with the honey - it was delicious!) 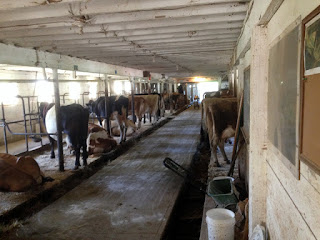 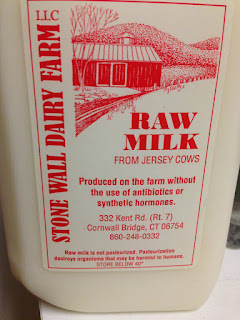 Further south, a steam locomotive beckons you from the side - the still active Housatonic Railroad parallels the road here. The museum looks kinda of interesting! 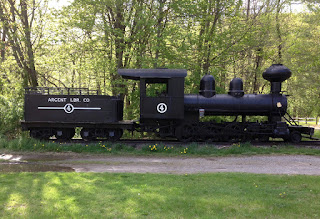 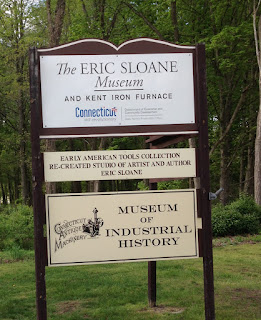 Kent of course has a beautifully restored station. Ages ago, I remember it being an ice cream parlor --now its a pharmacy. 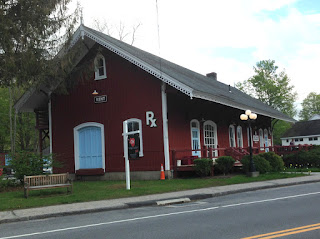 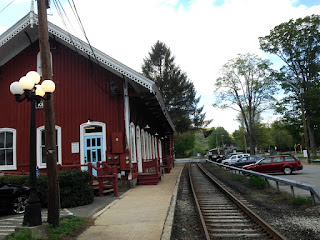 While wandering to the trackside of the station I heard the mellow sounds of a jazz guitar and discovered this old converted passenger car is a guitar shop! Kent CT rocks! 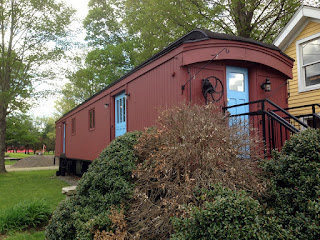 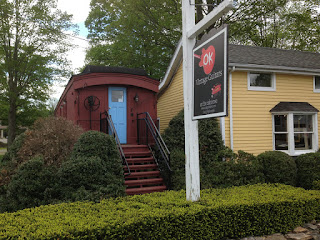 Chatham Division of the Rutland Railroad

The Chatham Division, The "Corkscrew"


Waiting for a train (Stockbridge)
^ I have got to check out the Stockbridge station sometime!