Biking the Rail Trail from Croton Reservoir to Brewster

I got off to a late start today but at 10:45 AM I was riding. I started from the parking lot just north of the Croton Reservoir. It was beautiful day  - not too hot and the Rail Trail had a lot of activity: bikers, hikers, skateboarders, etc.
This trail was nice because it not only went thru some nice woodsy spots, but it also cut through a few towns so one could stop and buy a snack or whatever if you cared to.
At Yorktown Heights, I bought a Powerade at the gas station and filmed traveling by the old train station  Photo of the station in earlier days here >.

A few miles north of Yorktown Heights, there was a long gradual hill going toward Mahopac (but on the return, it was a 15 minute joyride coasting back down it!). My tires were a little under pressure so that made the going a little tougher but Rail Trail hills are super easy compared to road or mountain biking in the area so it was no big deal…

I took a Pic of the old Mahopac station and stopped to snap a shot looking over the lake.
The trail itself went thru a variety of scenery, marshland, deep woods, farmland and of course small towns. Along the way there were a few bridges over roads or streams. 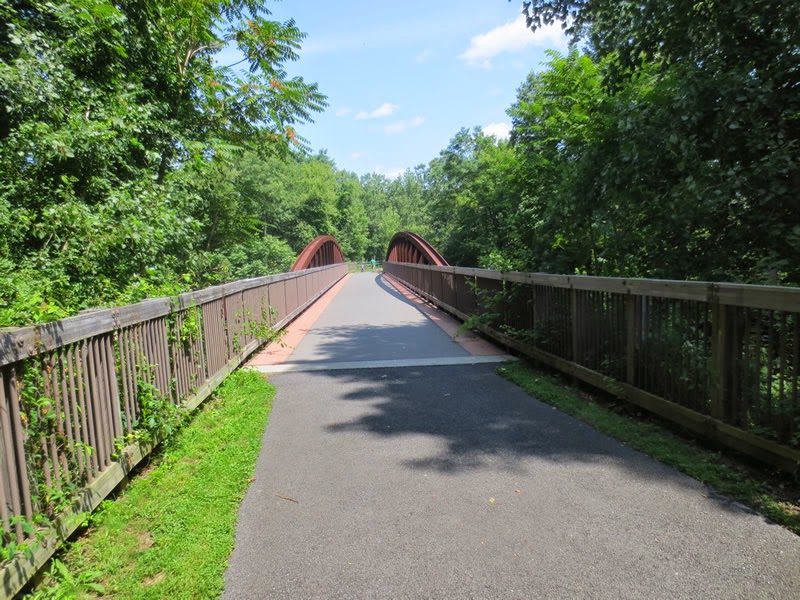 At Lake Gleneida there was a kiosk with a good amount of info on the Rail Trail efforts  on one side and on  the other side:  the history of the old Putnam line. My favorite item on the history timeline was "in 1972, A teenager steals a Diesel Switcher in Brewster and takes it on a joyride - and finally ends up crashing it"- Yikes!!


Before reaching the end of the line, the Rail Trail cuts right across Middle Branch Reservoir - I have super short segment in the video. The photo is a street view from the highway to the North.

There was a nice Pizza Place at end of the line where I gobbled down a couple of tasty slices before heading back... 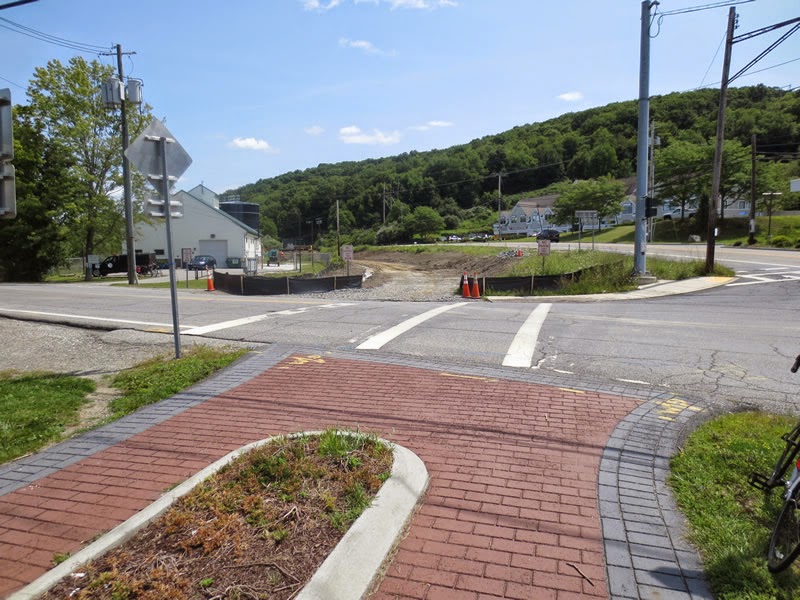 As mentioned, my tires were soft so I stopped in at the Bikeway store in Mahopac where they pumped them back up to 100 psi. Man what a difference!

The best part of the trip was—once I reached the high point south of Mahopac—the gradual hill I mentioned on the way up was a sweet coast back down on my return. I hardly had to pedal for about 10 minutes or so… I was flying and peaked at 29.7 mph without even trying! (I shot  a one-handed video of course :-) ) Most of the rest of the trip back was almost as easy as well.

I stopped for a quick break to eat my plum which I had hung from my handlebars: it was super ripe, juicy and delicious! 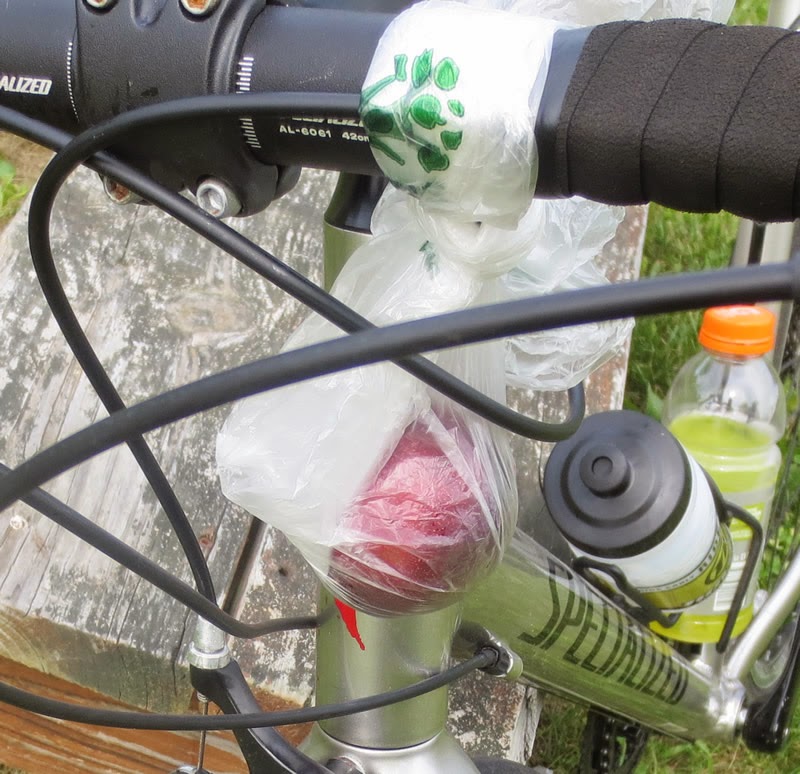 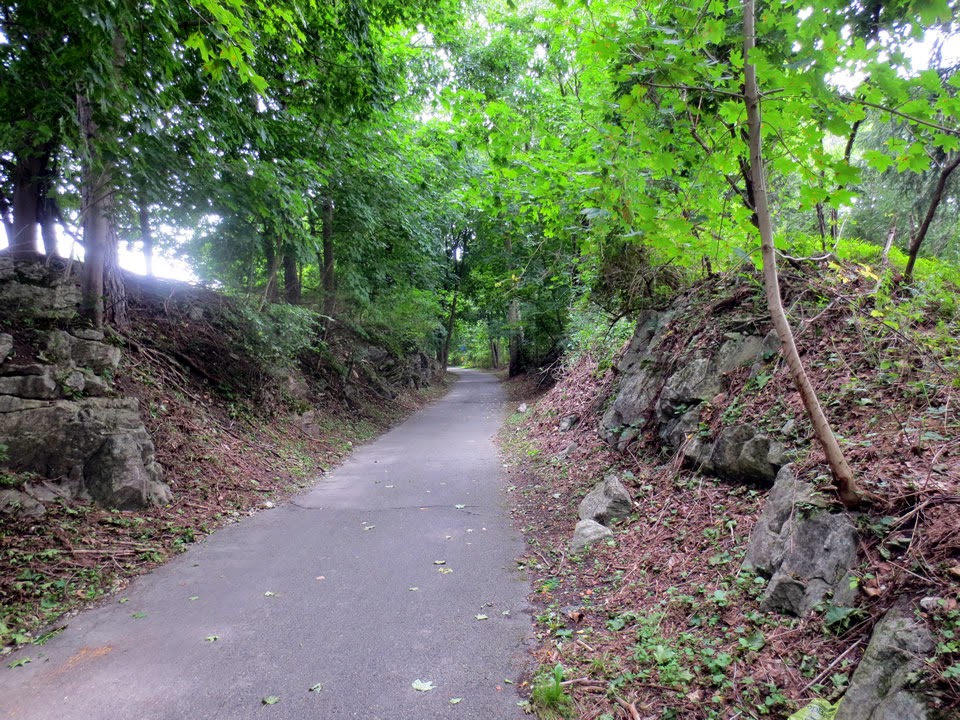 
This is a continuation of Part 1
Riding The Old Putnam Line... 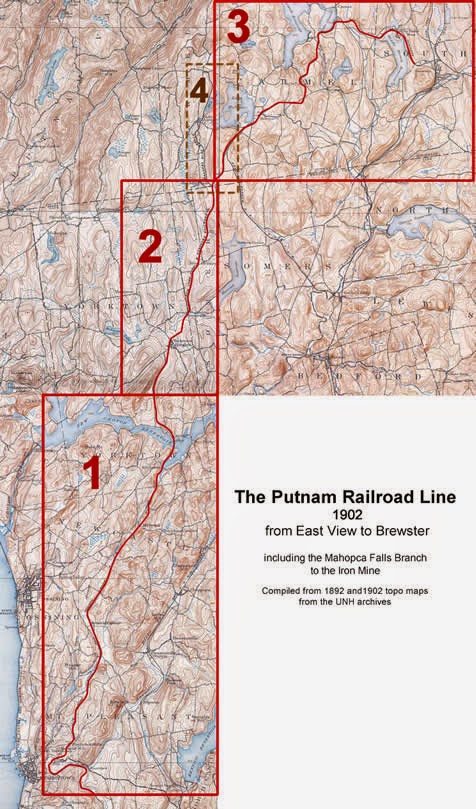 TIP: To view maps at full size...
Click on any of the maps below and then
right click and choose "open image in a new window" 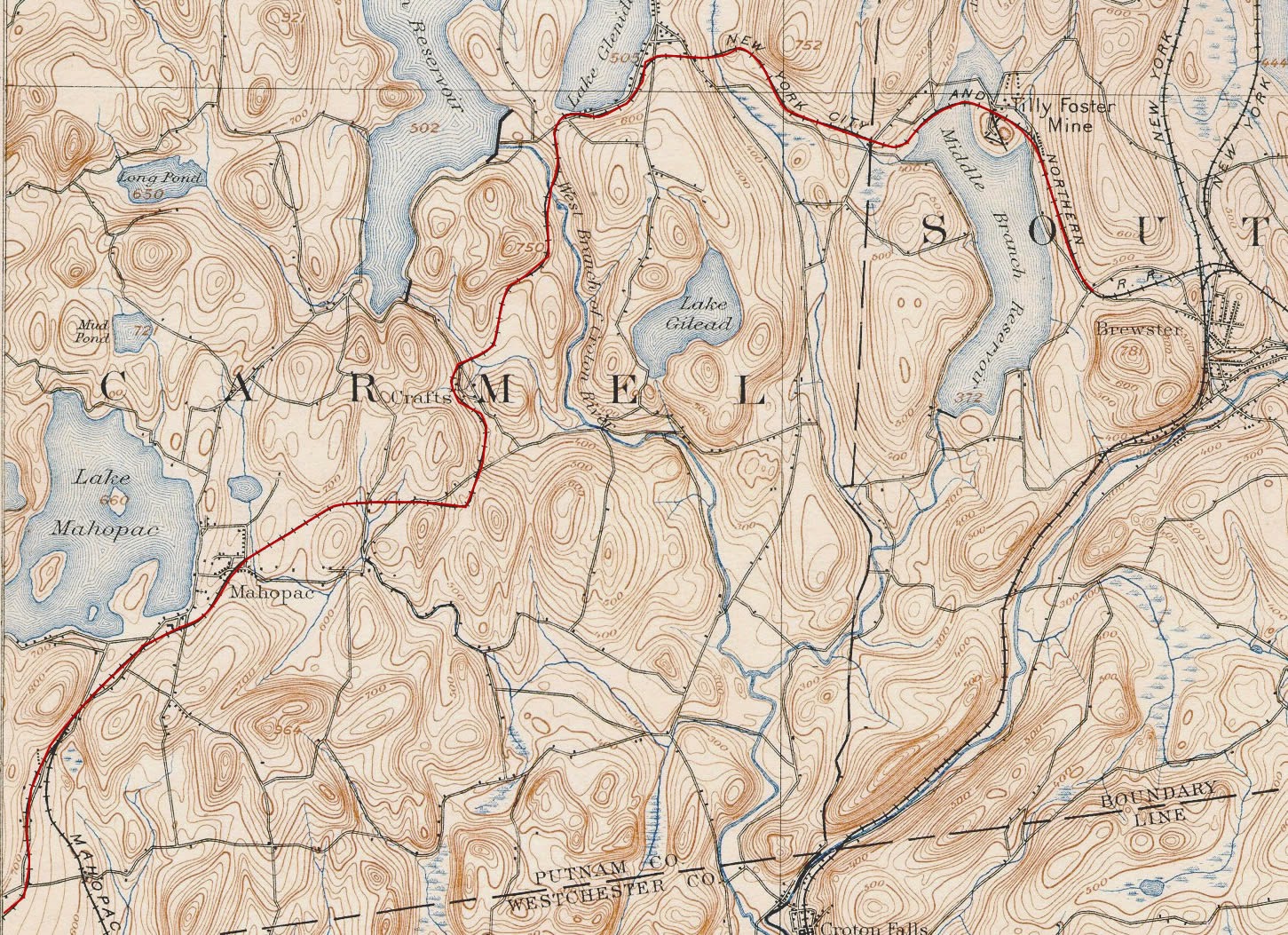 4 - Mahopac Branchline to the Mine