I spent a short weekend in upstate NY (visiting my parents) and rode a rail trail on my XC mountain bike. My son Greg stayed in Stamford and, although I originally planned to bring the Cannondale road bike, he insisted upon using the road bike so I took the fat tired one instead!

I was a blast but could have been a lot easier on the skinny tires. What's worse is Greg didn't even use the road bike. ARRRGGHHH!

I started the ride from the Niskayuna Little League Park and went as far as the Cohoes Falls. At Manor Ave I rode down the hill to get close to the Falls for photographs. (See Map) 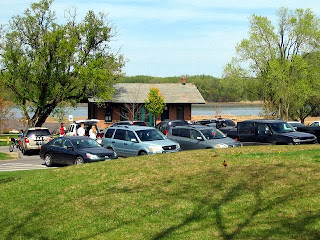 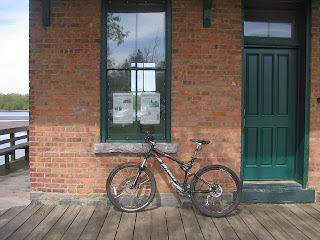 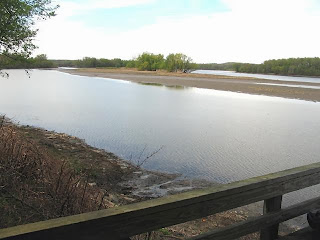 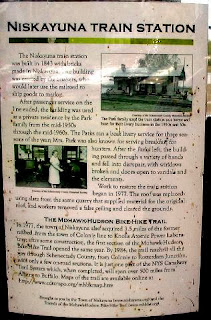 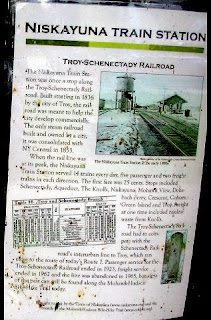 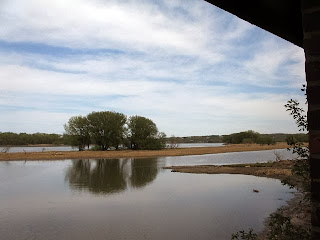 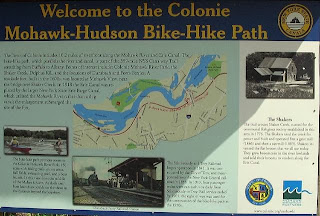 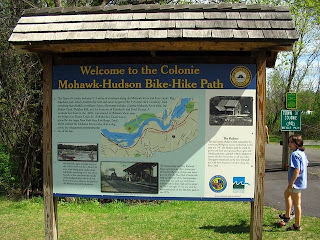 Riding under the Northway Bridge 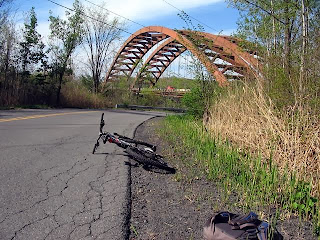 The old train station A former church (visible from the Northway) Now a residence. 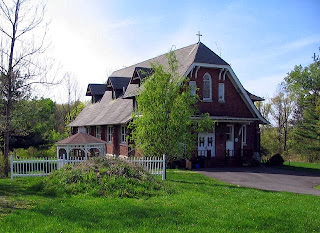 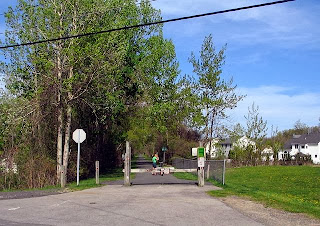 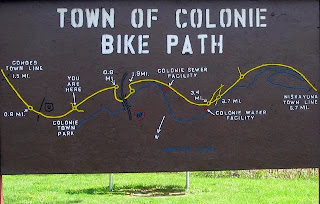 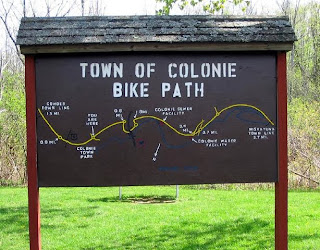 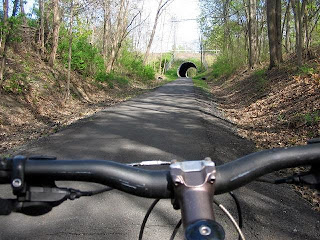 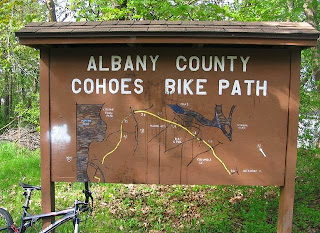 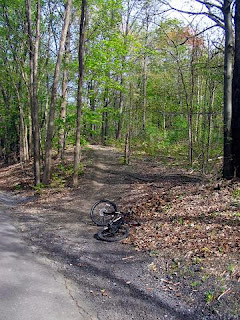 End of line for me: Manor Road, Cohoes
(Falls at bottom of the hill) 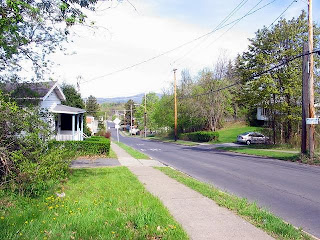 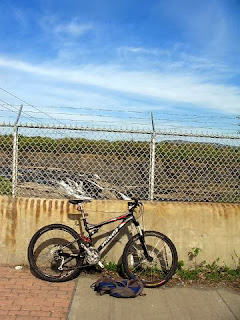 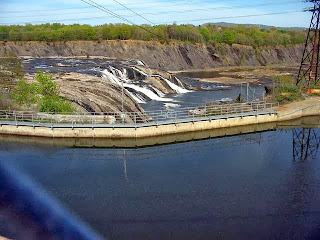 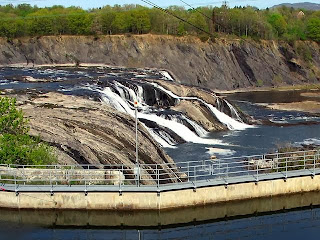 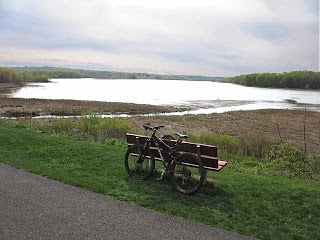 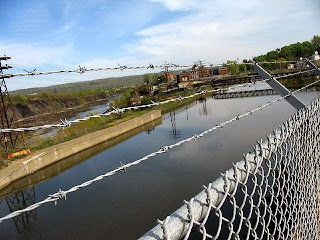 The Schenectady & Troy Railroad, later known as the T&S Branch, was originally owned by the City of Troy. It was the only steam railroad built and owned by a city.

In the 1950s, nuclear waste was hauled from the Knolls Atomic Power Lab complex. The boxcars had signs warning anyone from getting under the car.