Today having business in Southington (actually Plantsville), I decide to ride the Farmington Rail Trail -- officially known as the "Farmington Canal Heritage Trail. " I parked at Dean's Stove and Spa (I had a pellet class at 5pm) and first rode north to where it ends. 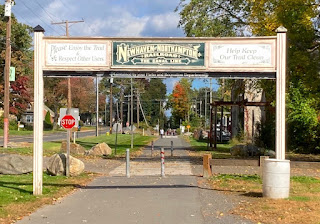 There was a section with some really nice artwork on many of the old repurposed factories. 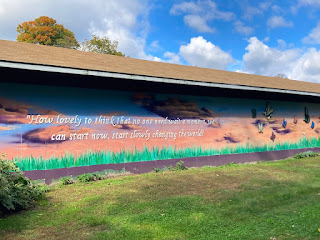 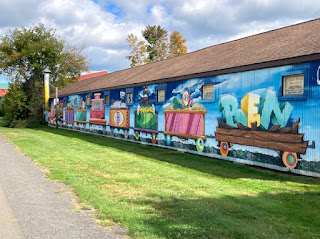 And it was good to see old industrial buildings from the railroad days still being used all along the trail. 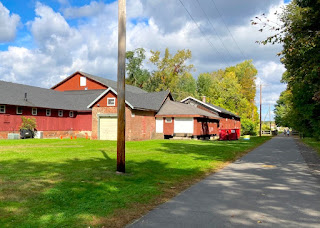 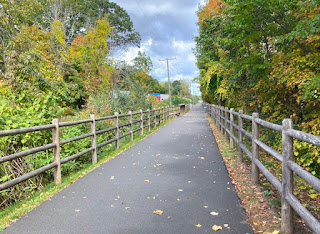 At the end of the line where I turned around and rode south: 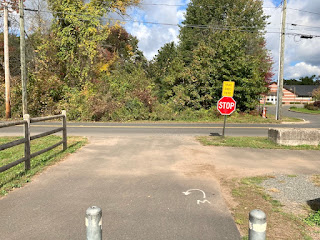 I was hungry (it was around 1:30pm) so when I saw the Brewery right by the rail trail stopped by for a beer and a sandwich. Brew and Grub was good - service sadly was a little confused: Kinsmen Brewing Company 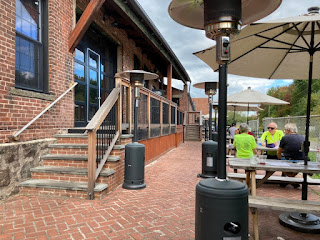 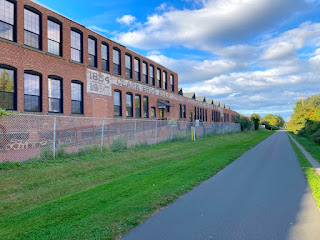 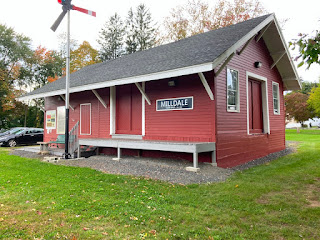 And even a short section with the tracks still preserved! 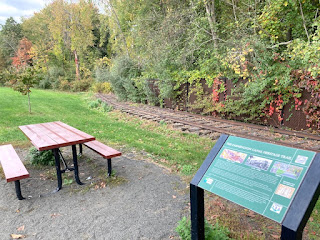 It was an easy flat ride but there were some really pleasant sections... 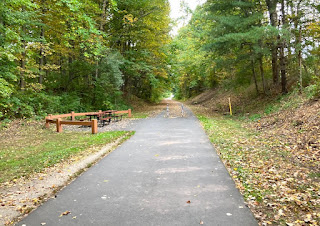 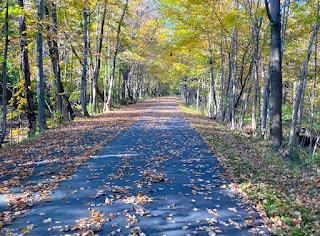 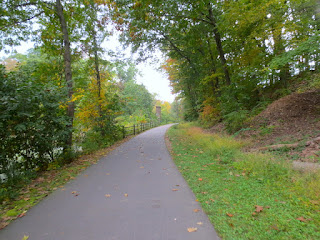 There were even a couple of documented railroad crossings!
1 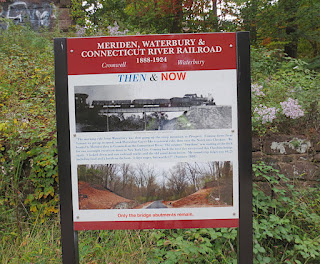 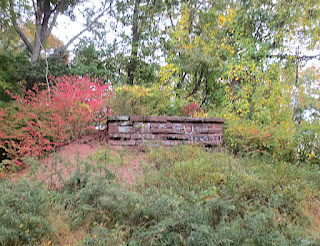 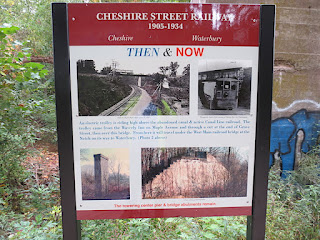 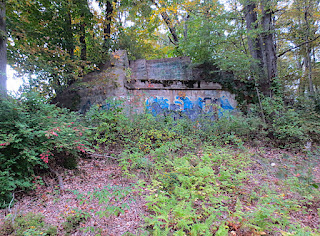 This old lock even still worked by hand! (I opened and closed the lock gates) 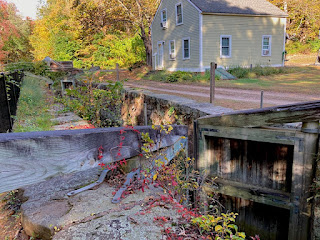 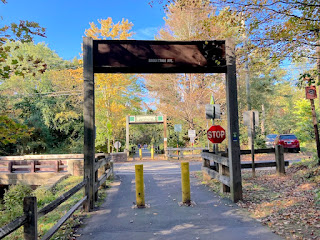 Posted by Rich Coffey at 6:39 PM No comments: