The Hudson Valley Railway was an extensive interurban electric railway system that was in existence from 1901 to 1925. (see map). There was a branch from Schuylerville to Greenwich that has been often overlooked. A few scattered remnants remain and old maps and postcards help reveal its history.
Especially impressive was the high spindly bridge that passed over the Dionondahowa Falls near Middle Falls, NY. Dionondahowa is a Native American Algonquin word meaning "She opens the door for them".  Source: Aboriginal place names of New York
Hudson Valley Railway Trolley Map 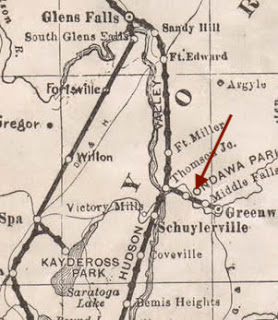 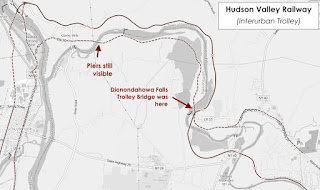 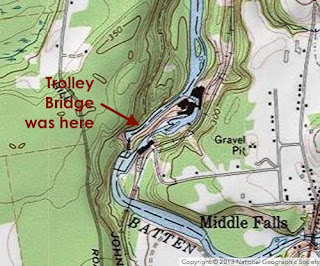 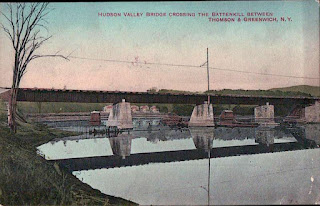 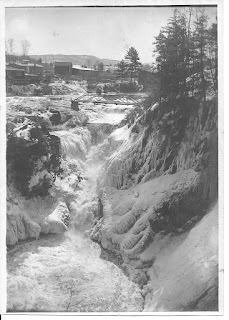 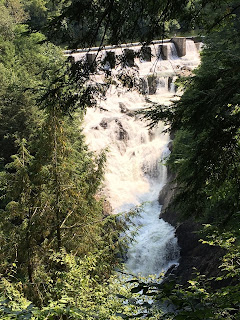