I went out for a quickie evening ride on a trail that lead from Freemans Bridge Road to Scotia.

As I unloaded my bike, a train passed over the bridge nearby. 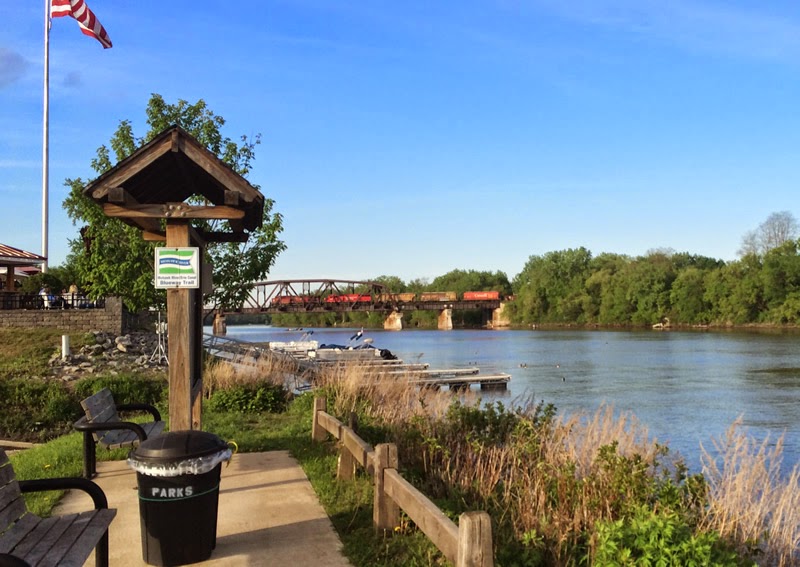 The first thing I see is this retarded sign - the destination is Scotia not Glenville ("New York State Tax dollars" being put to work - bah humbug!) 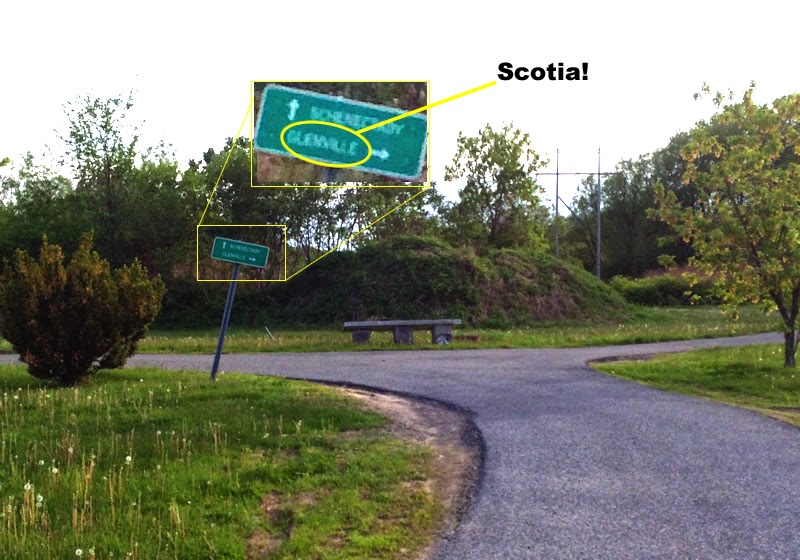 An active train line goes over the trail. It was a bummer riding thru the short underpass - fetid water splashed all over me and I got my feet soaked. Proper drainage for this trail was non-existent (New York State tax dollars NOT at work!!) 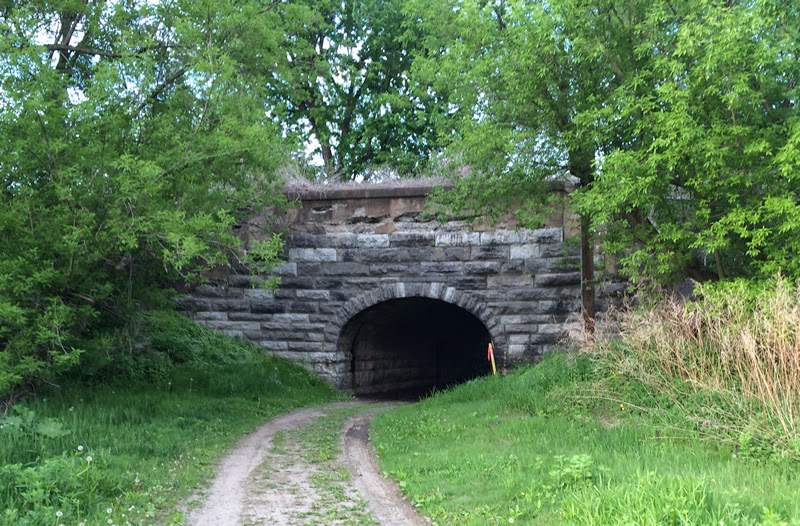 Once at the trail ends in Scotia, you come to where the old bridge crossed the river.  I believe, at one time, this was a railroad/trolley bridge for the Fulton, Johnstown and  & Gloverville Railroad. You can even see the old cobblestones  :-)

Historical Info - The Burr Bridge - After a troubled start, the 997-foot bridge was completed in 1808 and spanned the Mohawk River between Schenectady and Scotia, NY.  It was a covered wooden bridge until 1871, and then an iron bridge, which was condemned in 1926 and removed in 1936. More Info, Historical Photos and links to further Info here > 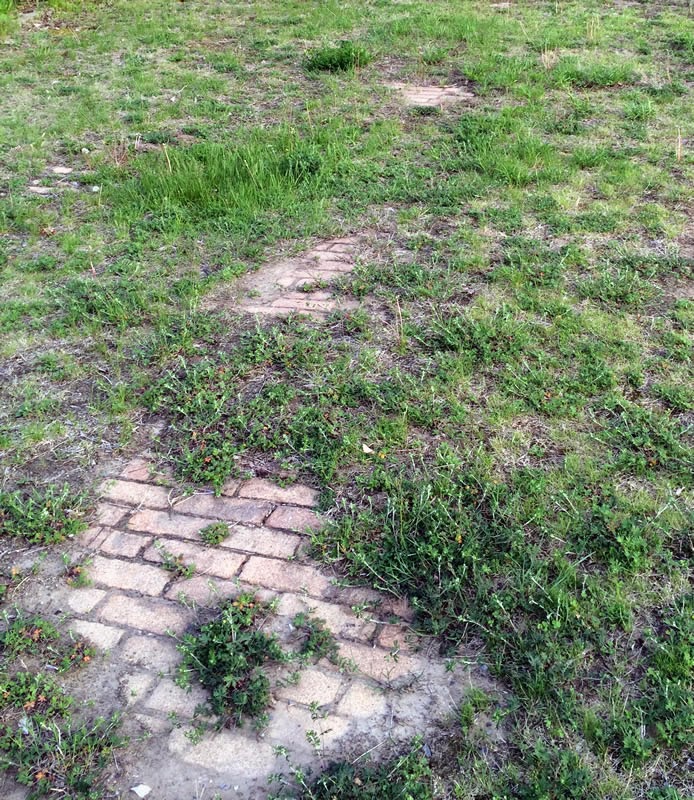 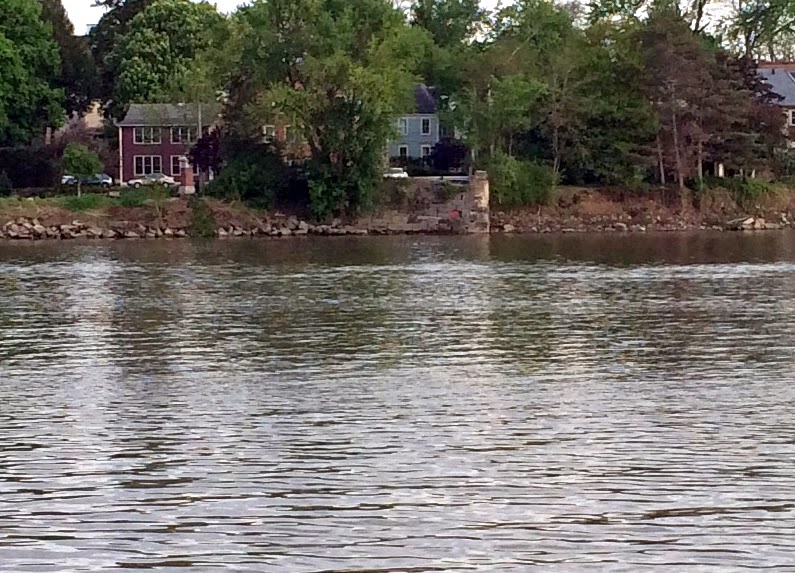 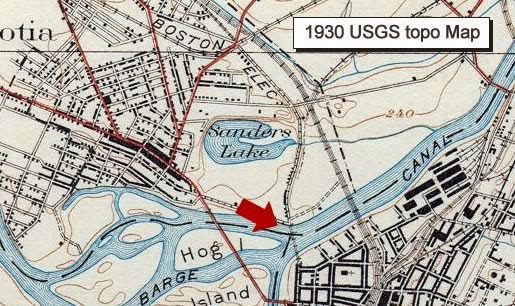 On the way back, I took a side trek off the trail - this verdant spot reminded me a bit of the Vischer Ferry Nature Preserve. 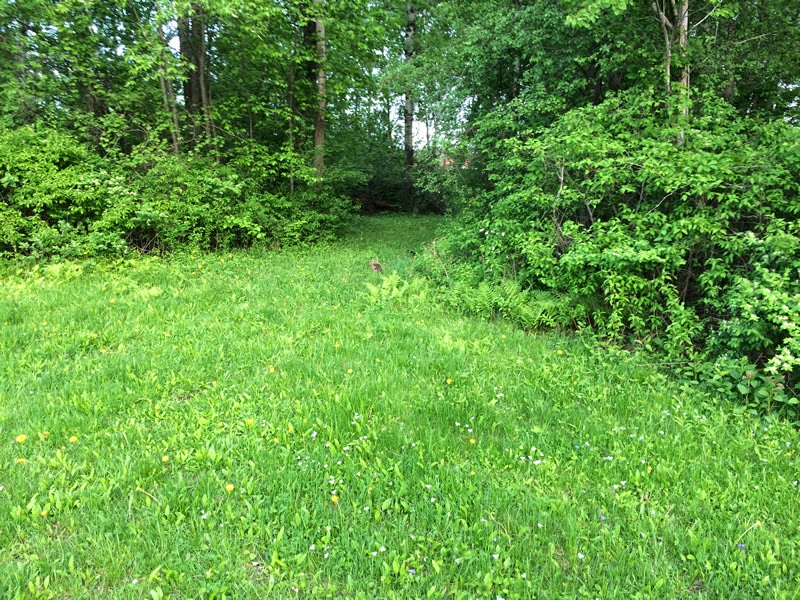 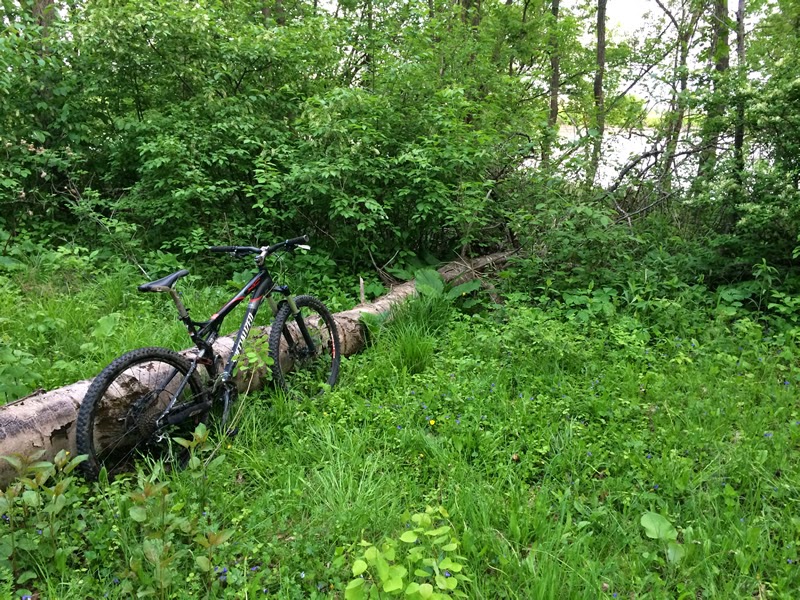 Probably a gas line inspection vehicle left these tracks - there were mini pipes here and there that looked like gas line valves. But this embankment intrigued me... It looked like a railroad embankment but it lead to nowhere.. 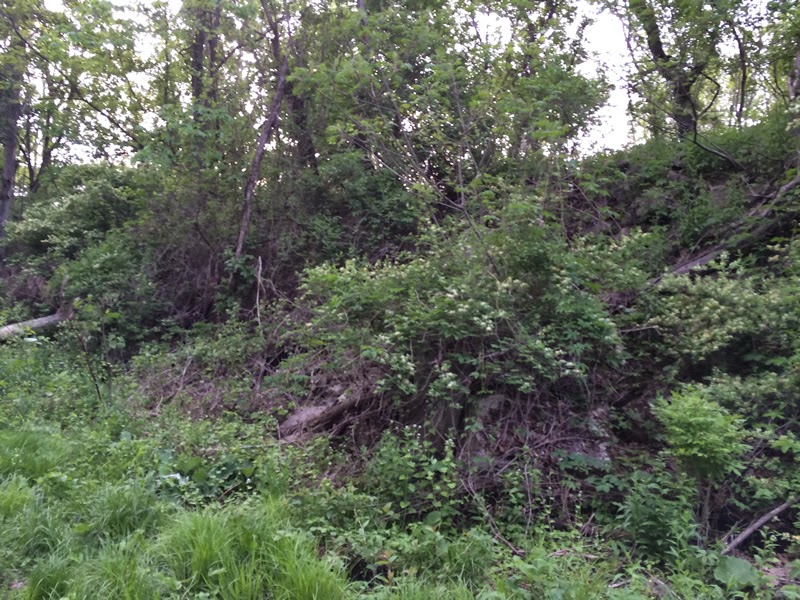 The whole embankment was made from large chunks of broken cement pieces... I climbed up to inspect closer...  As you can see, there are railroad ties tossed in with the large rocks and cement cast-offs. 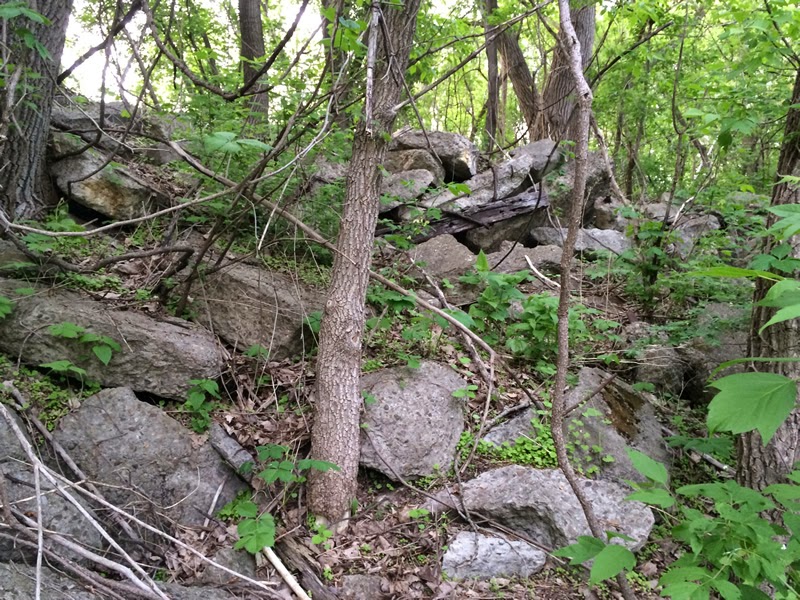 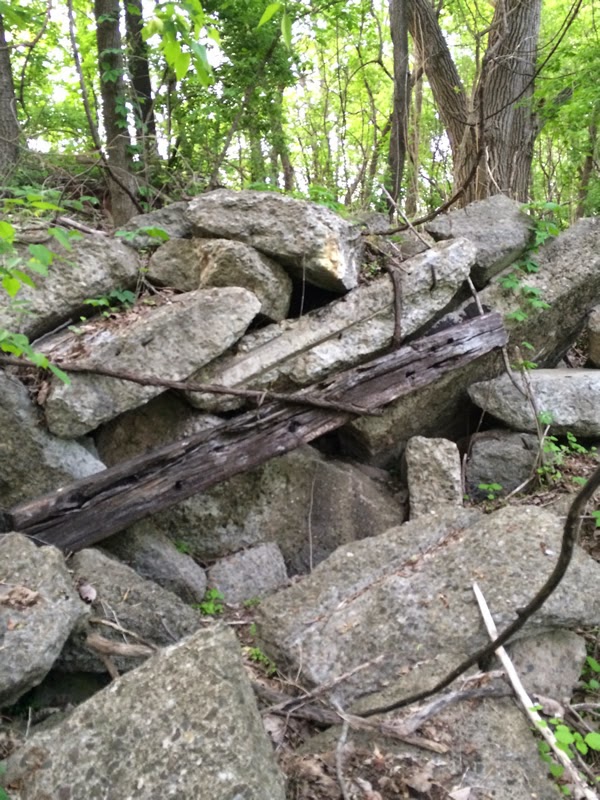 I believe this was a dumping ground for an earlier version of the Freemans Bridge but there is so much heavy old tree growth, this rubble pile goes back quite a few years!

Check out a Super Short Video of the Ride >

The ride was topped off with an unusual cloud formation which I photographed as I strapped my bike back on the car at the LightHouse/Boat ramp parking lot. I called this "Sinister Scotia Sky" 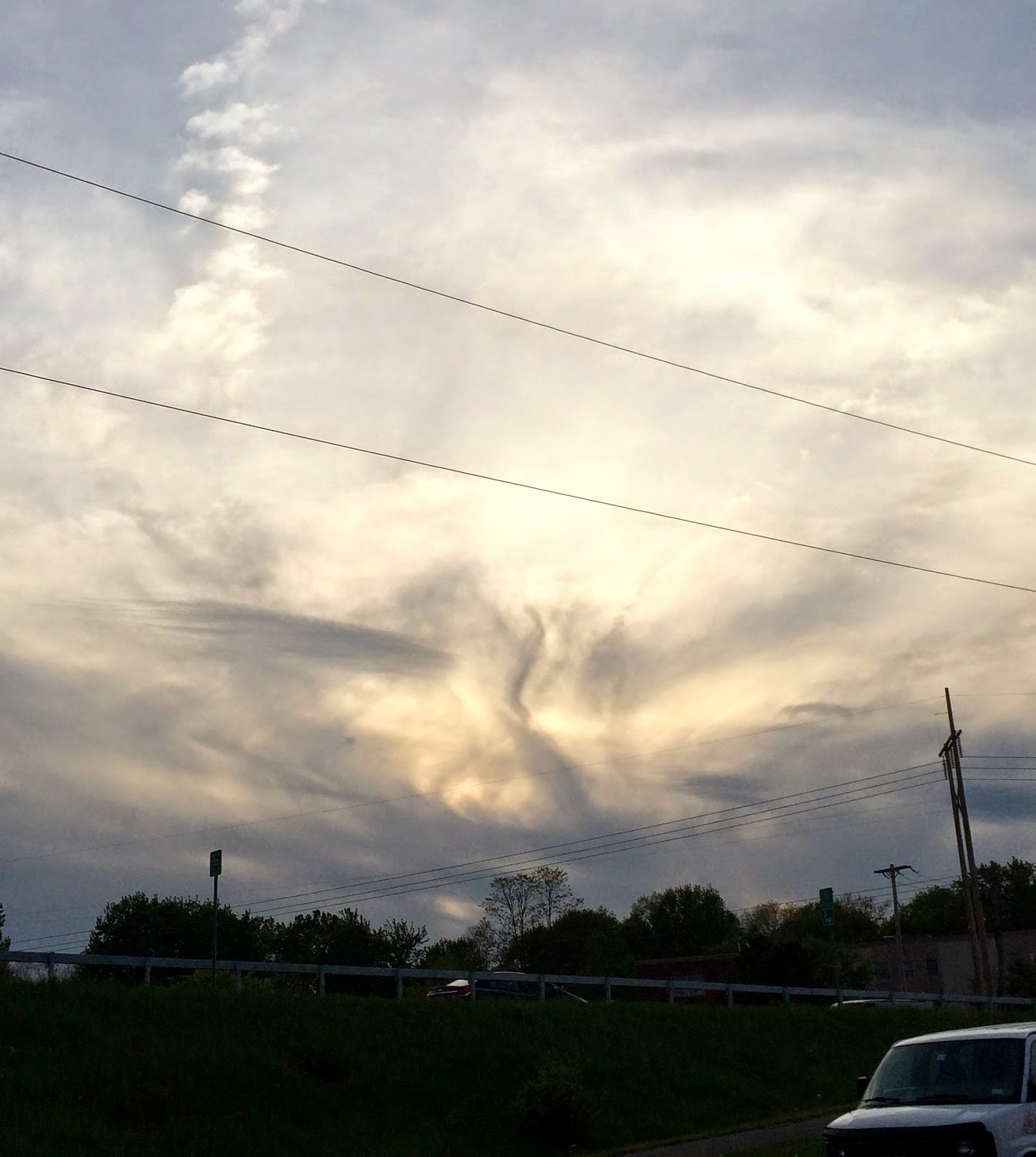