On my way from Stowe, VT to Scotia, NY--I decided to head to Poultney, VT and ride a bit of the Rail Trail there.

On the way,  I stopped at Bristol for a coffee and a Danish. Its a nice town and I had done a study on its railroad history a few years back. [Thursday, September 3, 2015 - Bristol Railroad] 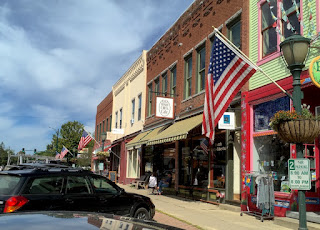 I was in the mood for something easier today and thought a ride along the river and a bit of railroad history would be fun. Sadly the trail was really boring and there very almost no river views. 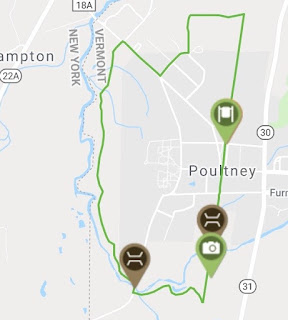 I started my ride from the former station 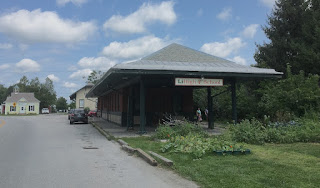 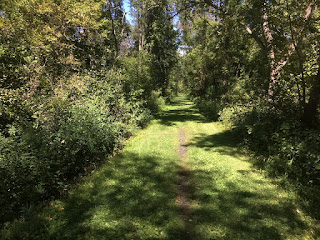 Last August I rode the D&H Rail Trail from Granville to West Pawlet. This area was known as Slate Valley and there's a proliferation of slate quarries all around...

Once in Salem,  a stop to the old railroad station was of course a must! 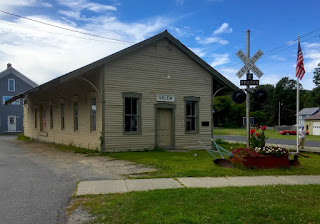 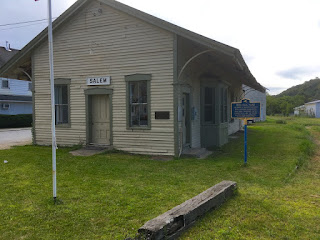 Ages ago, our family had a get together here and stayed in the Victorian Hotel. I knew the hotel had fallen on hard times and closed and it was wonderful to see it reborn as an assisted living center! 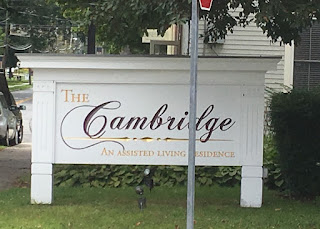 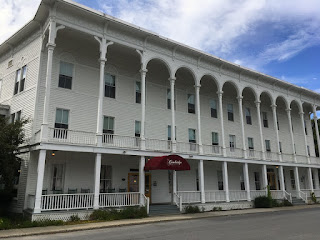 The train area has been totally revitalized as well. The Argyle Brewing Co. has turned the passenger depot into a tasting room and the freight building complex is now all renovated as part of Hubbard Hall.  What they've done is fantastic! 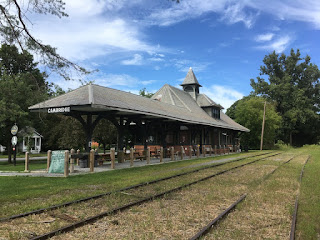 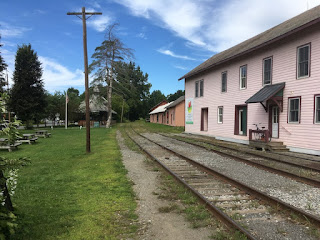 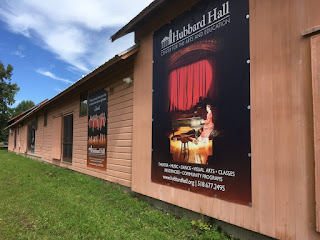 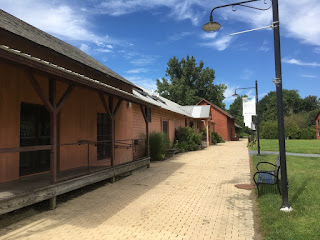 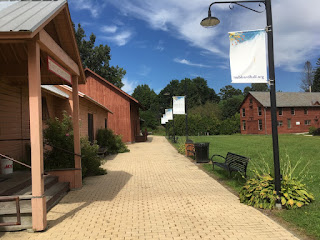 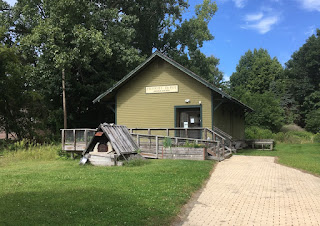 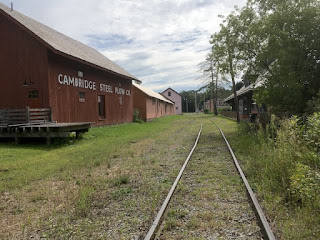 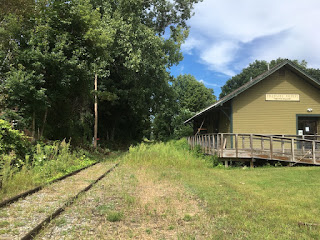 Across the street may hopefully get renovated as well someday... :-) 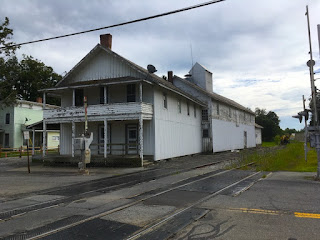 Sadly, I had planned on visiting Hoosick Falls as well but due to an unbelievable amount of long waits in traffic because of one-lane-only construction delays, I had to forgo that visit... :-(
Posted by Rich Coffey at 6:41 PM