The heat finally subsided and it was a beautiful day for a ride!

I started the ride in Slingerlands and rode down to the end of the trail. The nicest part is of course the stretch in the gorge by the Normanskill Falls/Rapids.

It's an easy ride with a barely noticeable grade. 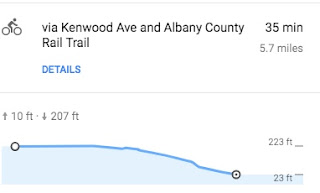 Near my starting point was the old freight station - how cool! 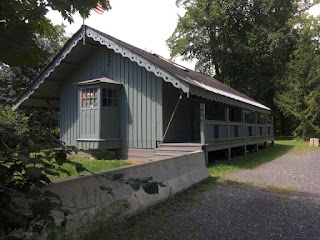 I was very impressed with the occasional signs that detailed the former railroad history and its train stations. 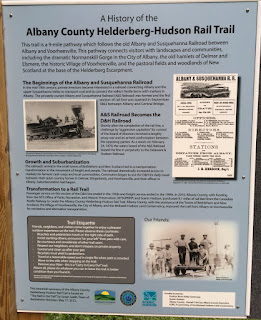 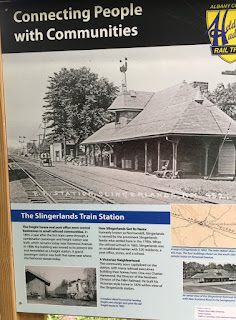 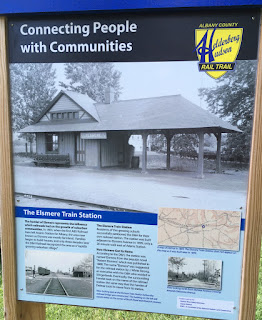 At the bottom of the trail there are even CityBikes available! 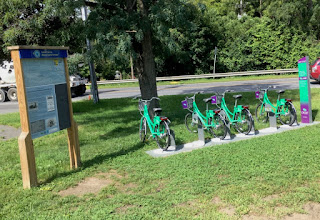 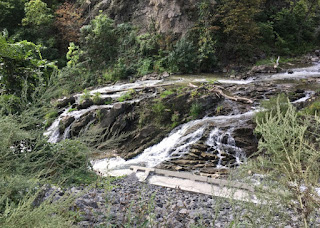 From my online research I expected the trail from Slingerlands to Voorheesville to be rough gravel and/or grass but it has been fully paved and was a breeze to ride! 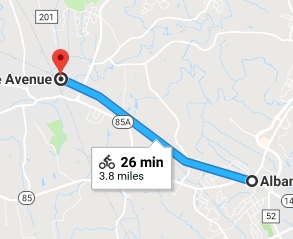 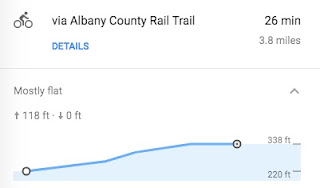 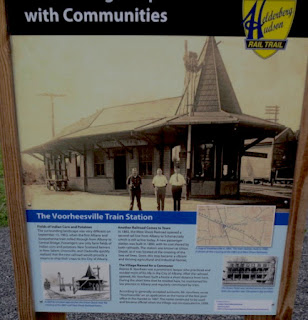 
Short Video of the Ride

In 1864, one could purchase a 20 cent ticket and hop on the train in Adamsville (now Delmar) at 8:45 AM and arrive 15 minutes later in Albany. After business, shopping, and  lunch, the train left Albany at 2 PM. for the return trip―all without hitching up the horses and braving the roads.

By December 31, 1868, the line’s 142 miles to Binghamton were completed.The line was built with 60-pound iron, and a six foot gauge enabling it to connect freely with the Erie Railroad in Binghamton.

In the summer of 1869 there was a Railroad War for control of this important line. Read about it in either the Wikipedia link or the Susan Leath link below.

On February 24, 1870, the weary board of the A&S leased the line in perpetuity to the Delaware & Hudson. Passenger service on this section of the D&H line ended in the 1930s. Freight service continued through the 1990s with the actual rails being removed in 2004.

Source: The Rail in the Trail” by Susan Leath (See excellent link below)