I had originally planned to ride the rail trails at Millerton / Copake Falls but with the crappy weather (dark, overcast and sporadic rain), I opted to do a RR research tour by car instead.

Using Acme mapper as a guide, I stopped and snapped photos along the abandoned ROW of the New York Central’s Harlem Division.

The New York Central’s Harlem Division between Chatham and Millerton was abandoned in 1972. Freight service north of Millerton was terminated in 1976 when the tracks north of Wassaic were dismantled. During the summer of 1981 the remaining tracks were removed.

Heading back from upstate NY, I turned off the Taconic at Martindale onto Rt 23. Photos of the Martindale RR bridge were posted back in April. 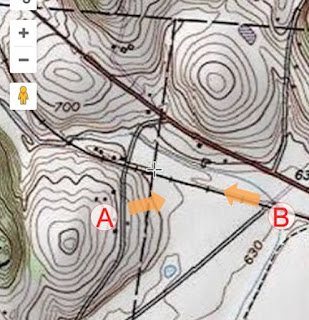 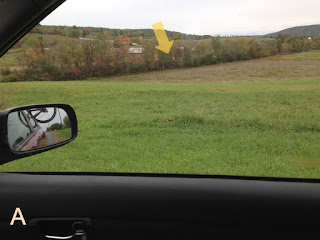 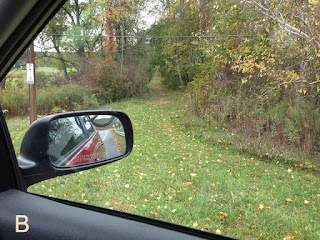 The railroad line through Craryville was built between 1849 and 1852 and provided both passenger and freight train services. The station even included a high-level freight loading dock. With the demise of the passenger services in 1972, the station was closed for passengers and provided freight only services until 1976.

I was pleasantly surprised to find both the bridge AND the station. 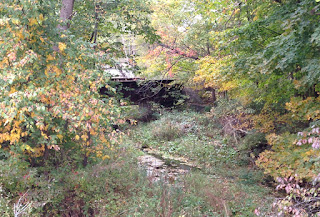 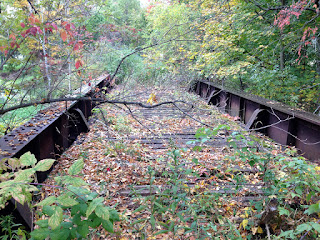 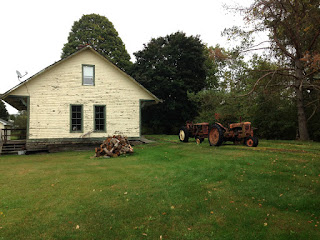 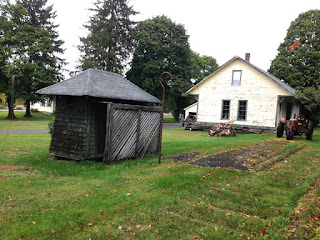 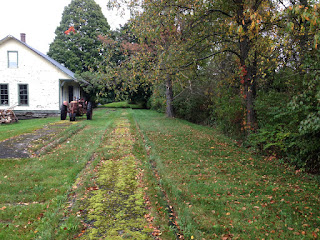 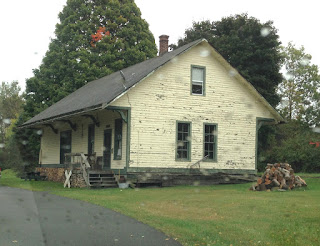 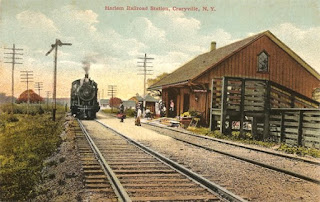 Vestiges of a grander industrial past are evident from these photos… 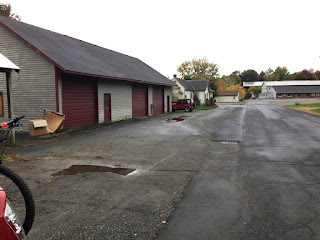 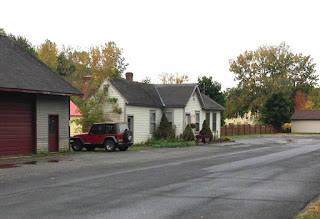 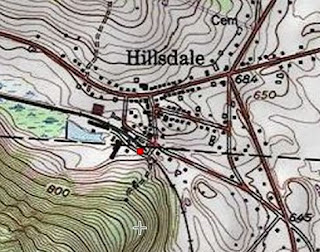 The ROW ran high up along this stretch. 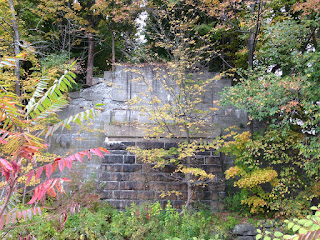 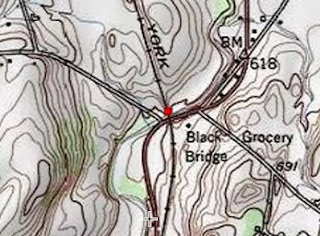 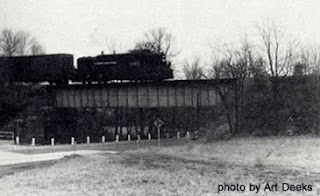 Once a bustling hub for trains, the original Copake Falls station was completed in 1852 but later was destroyed by fire and rebuilt in 1905. The tracks were then only used by freight trains sporadically until that service ended in 1976. The rails were removed in 1981 and the right of way was converted to a rail trail in the 1990s.

What a sweet little spot! I picked up a delicious sandwich and a local Chatham IPA at the Depot Deli. I vow to return soon on a sunny Autumn day to ride the rail trail and soak in the beautiful Fall colors… 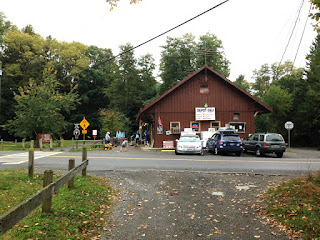 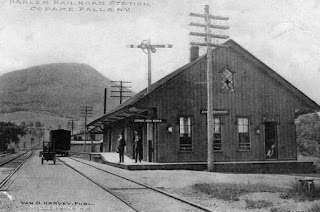 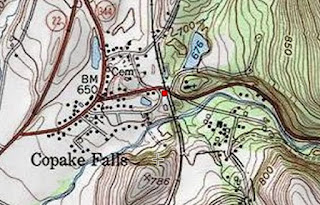 As the 1904 historic map below indicates, the Copake Iron Works had a narrow-gauge railroad. It was built in 1862 to move goods to and from the furnace and bring completed cast-iron goods to Copake Station. 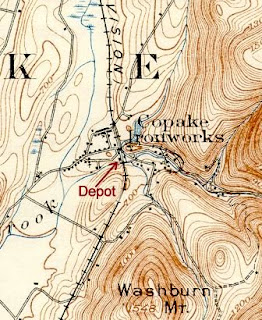 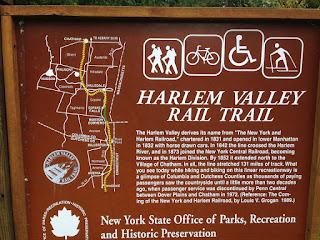 It's hard to believe now but at one time, Boston Corners was a busy railroad junction for three railroads: the Harlem Division, the Central New England Railroad (CNE) and the Poughkeepsie & Eastern Railroad (P&E).

At Boston Corners, the Harlem Division and the Central New England Railroad crossed each other and shared one station. Until the 1930s, it was possible to transfer from a Harlem Division train to go east through Connecticut or west to Poughkeepsie and onto Middletown, New York.

By 1940, service on the Harlem Line at Boston Corners was reduced to a flag stop. On September 28, 1952 the station was closed by New York Central.

There is very little left to find of the railroads' presence here. 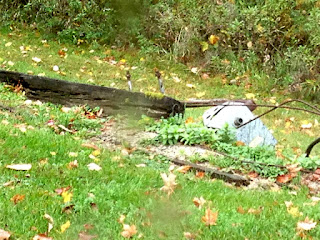 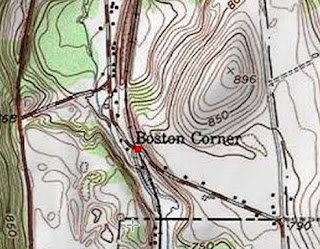 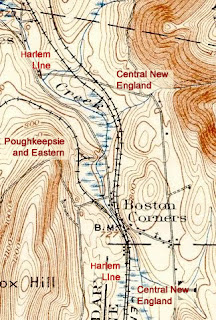 Millerton was founded in 1851 when the New York & Harlem Railroad was built through the area. The village was named for the railroad’s chief engineer, Sidney Miller.

There are two parallel railroad bridges here obscured behind a formidable wall of prickler bushes! 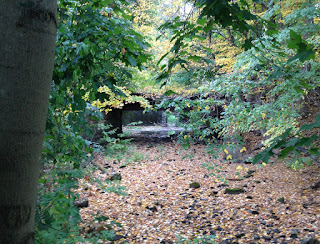 The centerpiece of town features the former railroad stations.  The New York Central Railroad’s Harlem Division passenger station pictured below was built in 1912 and the original New York & Harlem Railroad station, built in 1851, stands on the west side of the railroad right-of-way and is occupied by a florist. The Millerton Station had two tracks and served as a location where Harlem Line riders could transfer to the Central New England Railroad and points east and north.

The passenger station was closed in March, 1972. The freight agent’s office closed in 1974, although freight service continued until 1981 when the tracks were removed.


This is the trailhead of the southern section. The rail trail obviously adds a huge economic boost to the town. 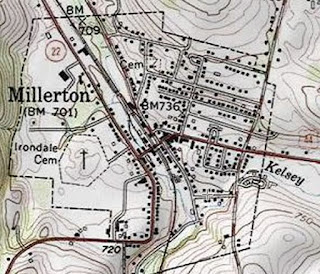 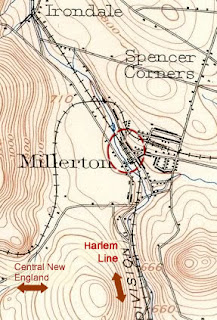 I'll be back shortly to ride the rail trails and take photos. It should be beautiful in the Autumn! 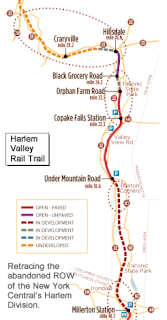