Glens Falls to Lake George on the Warren County Bikeway 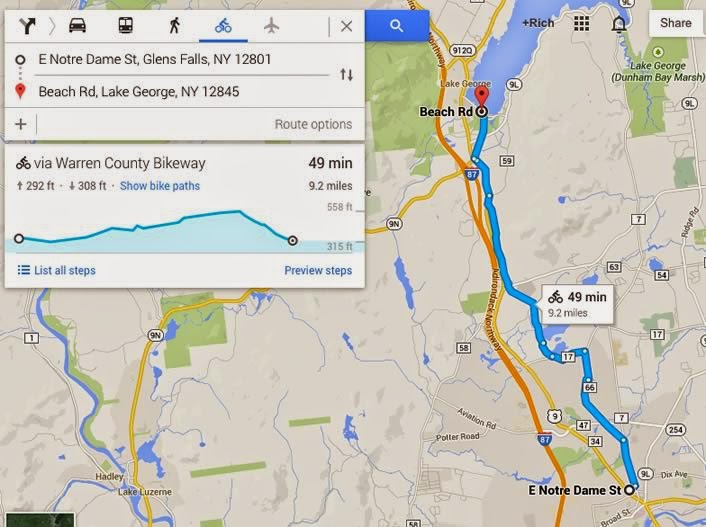 Our Ride
My son Greg recently moved to Glens Falls. For this ride, Greg agreed to join me but needed to be back to work at 12 noon so we rode in the morning, starting from his apartment.

We headed over to Dix Street and got on the rail trail right at the Cooper's Cave Ale Company [http://www.cooperscaveale.com]. The first mile or two was through the city and we had to cross quite a few streets. 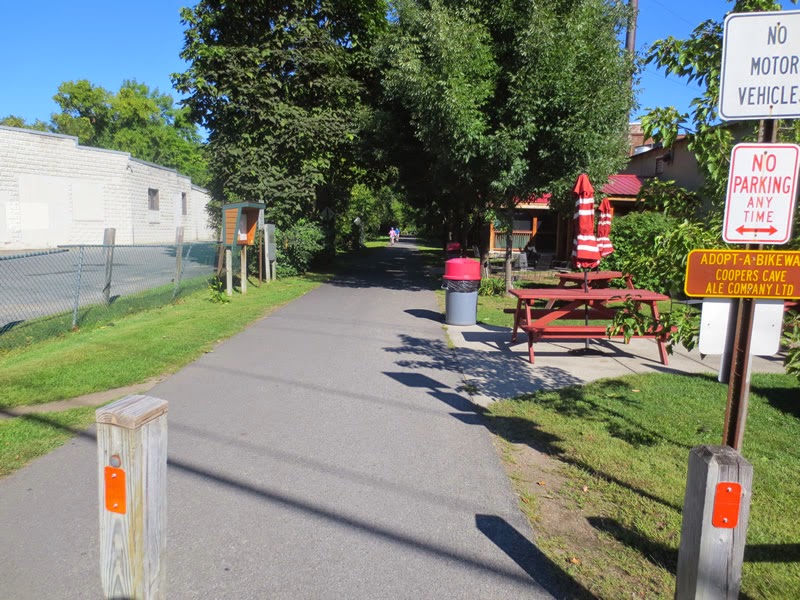 Once out of the city, it was nicely wooded and Greg rode as much as he could with no hands on the handlebars as it was flat and easy riding. 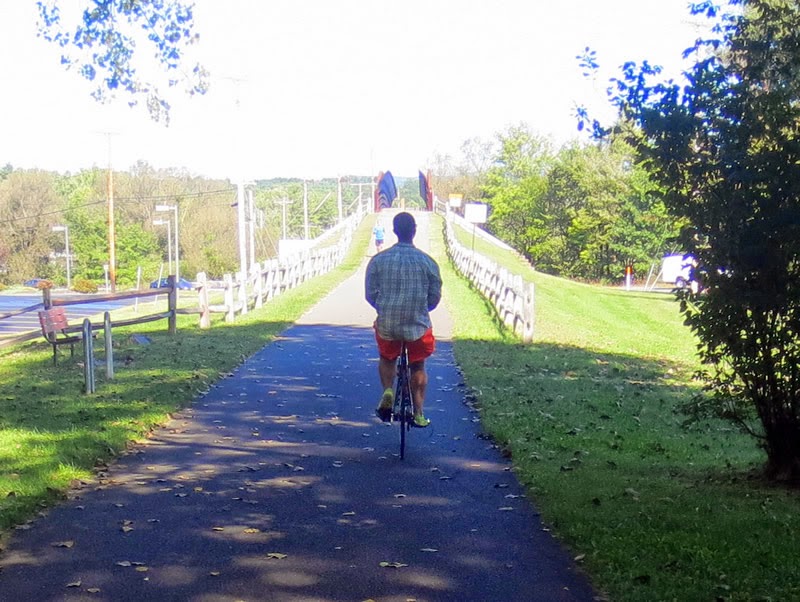 We had to ride on a couple of slightly hilly country roads but the trail picked up again near Glen Lake. The bomb down the hill into the Glen Lake outlet was fun and captured on a one-handed video (see below). Next was a long slightly ascending section and then we entered a deeper wooded section that paralleled a meandering brook. It was quite beautiful. 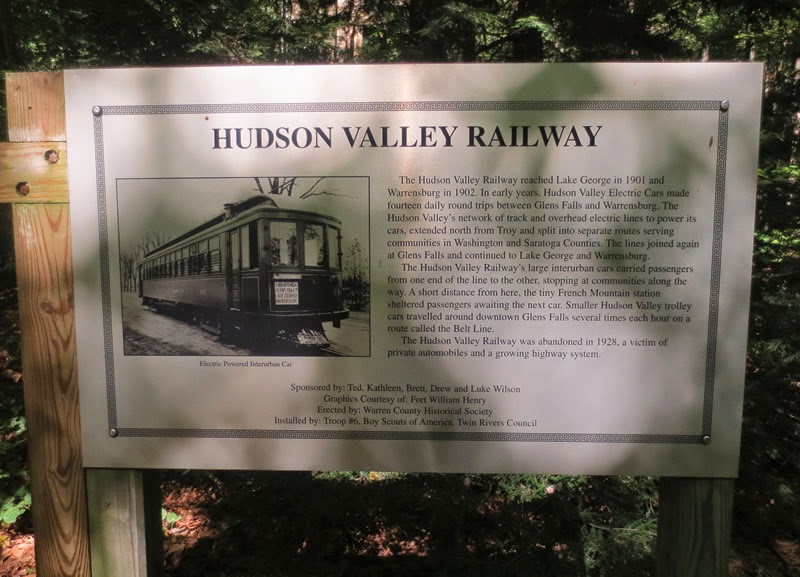 As you pass the Magic Forest statue (StreetView >) you ride a wide shoulder of Rt 9 that is safely guard-railed and then you veer off on a long downhill bomb into the Village of Lake George. It was a blast and surprisingly an easy climb on the return. 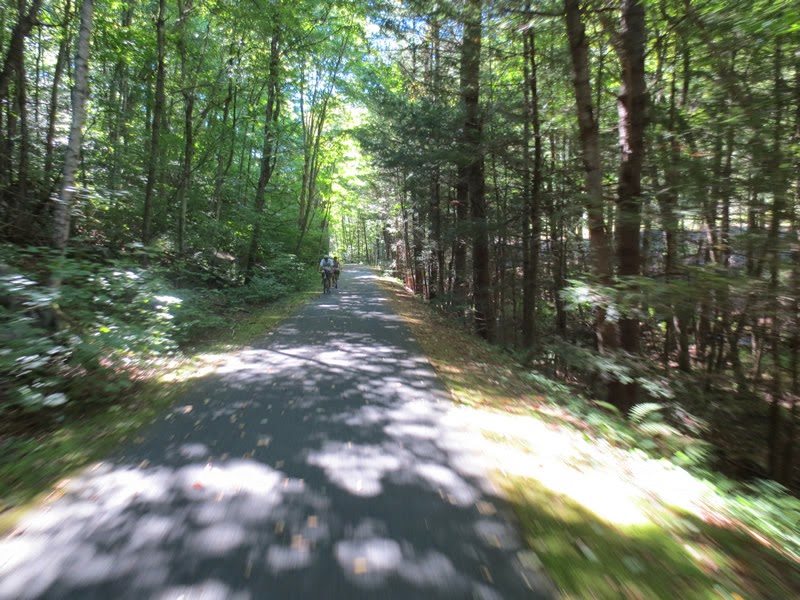 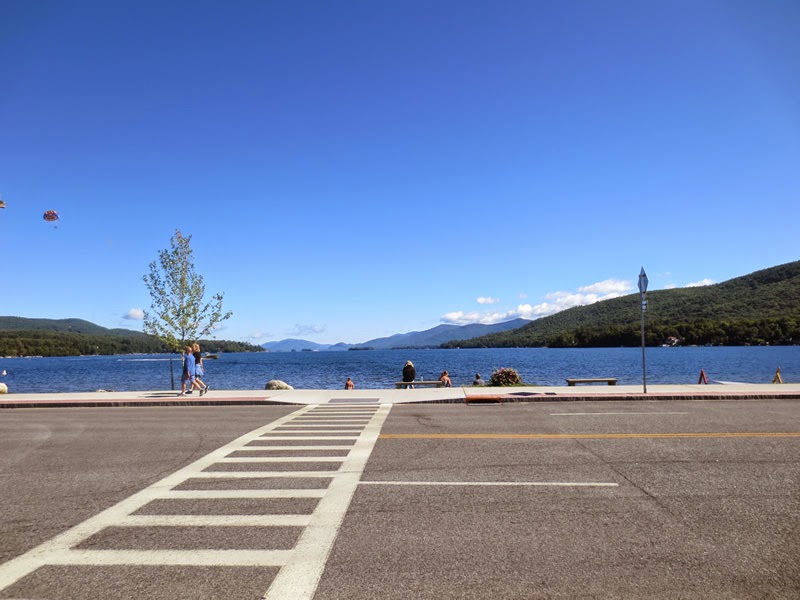 I had to snap a photo of the old Spanish-Styled RR depot (now a shop) but we didn’t linger in the Village and headed right back. 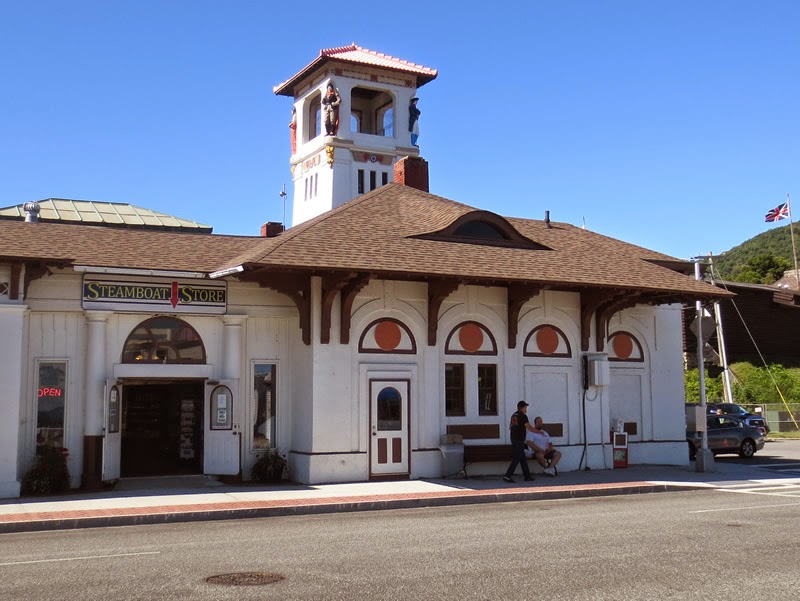 The weather was sunny and pleasant — not too hot and all in all it was a pleasant morning ride.

I stopped back at the Cooper's Cave Ale Company for lunch where I met up with a BHBL high school acquaintance. BTW - their Stout was fantastic!!!

After lunch, I headed over to ride the Feeder Canal Trail >

Did you know that Lake George was first named Caldwell? ... 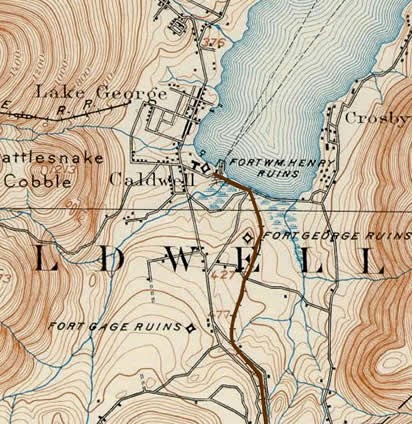 ...and the Railroad ended in a loop in the Village? 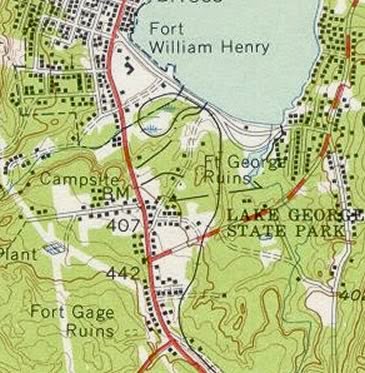 At Glen Lake, the Trolley and the Railroad had separate right of ways (ROWs) 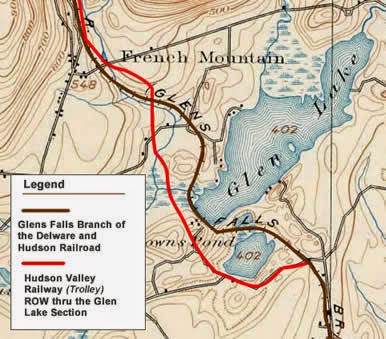 Even after both were abandoned, you can still discern the ROW on this Topo Map . 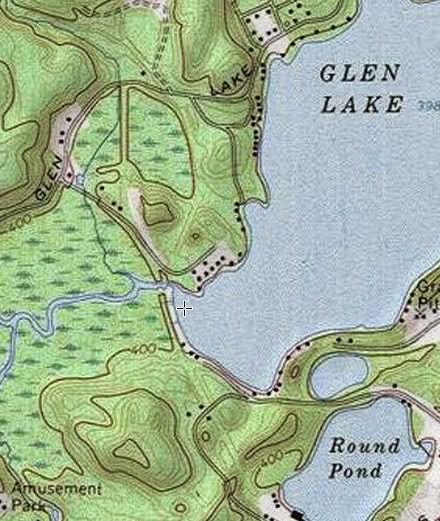 Did you know there were speakeasies on Glen Lake during Prohibition?
Glen Lake History (PDF)

Be sure to visit Gino’s excellent website on the Caldwell Branch
of the  Glens Falls Railroad. There are some amazing historical photographs
http://ginosrailblog.blogspot.com/2013/09/the-d-lake-george-branch-and-glen-lake.html