Kayaking on the Lamoille River

On Thursday Sept. 4th, we took an 8-mile trip downriver on the Lamoille River ending at Jeffersonville. The weather was hot but beautiful and the river was very peaceful.
Super Short Video

The Lamoille River Railroad Bridge -- soon to be part of a 96-mile rail trail... 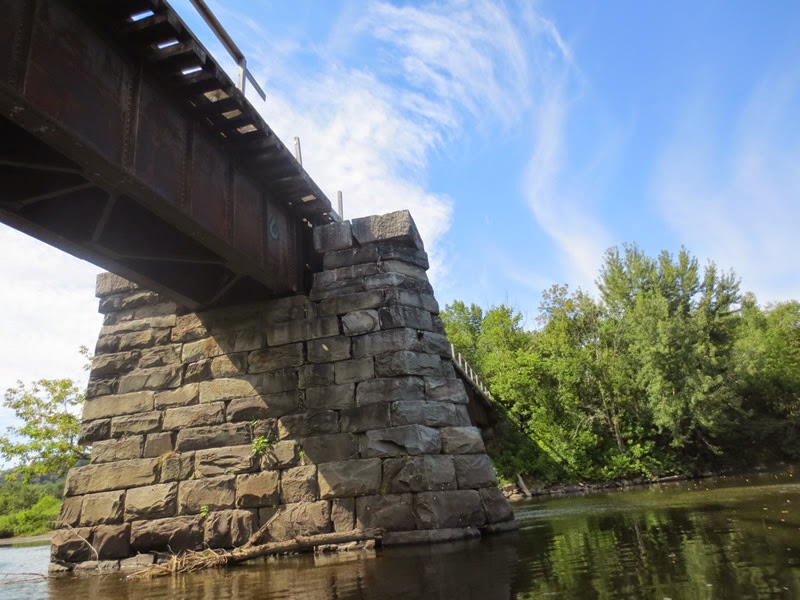 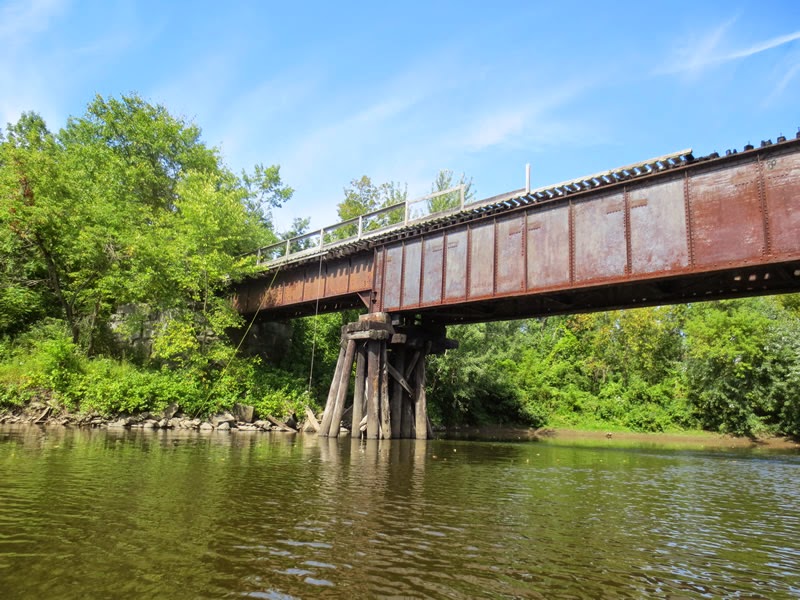 Lamoille Valley Railroad was constructed in the 1870s. At the time it was known as the St. Johnsbury and Lamoille County Railroad (StJ&LC) . Passenger service ended in 1956. Major flooding in 1995 and 1997 damaged the line so much that it was not profitable to repair and the line was abandoned.
http://en.wikipedia.org/wiki/St._Johnsbury_and_Lamoille_County_Railroad

About the Rail Trail

Since 2002 the State of Vermont is working on converting it into a 96-mile rail trail.
http://lvrt.org/history/