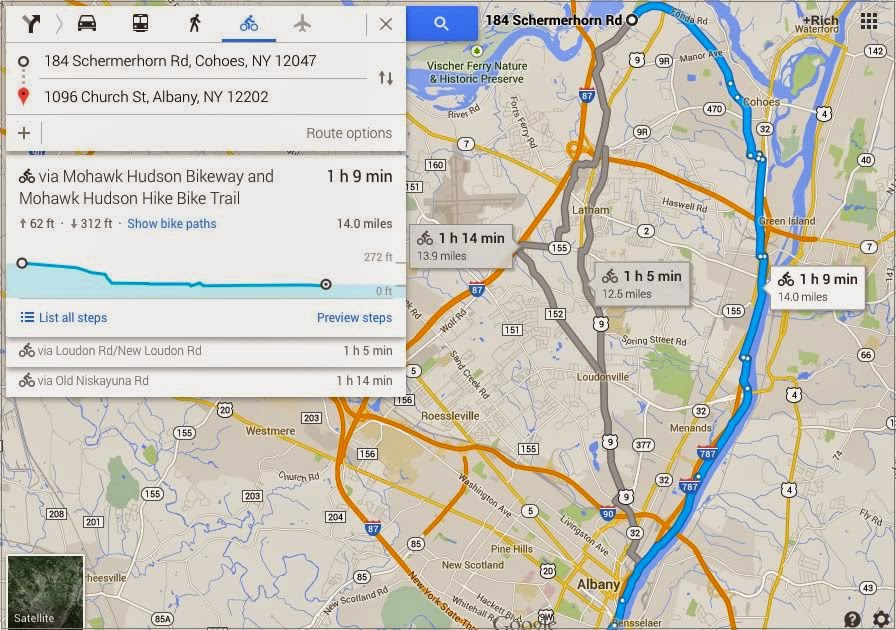 I got started at 10 AM, heading east on the Rail Trail from the Colonie Town Park Parking Lot. I brought both bikes as I planned to ride the mountain bike trails nearby as well. 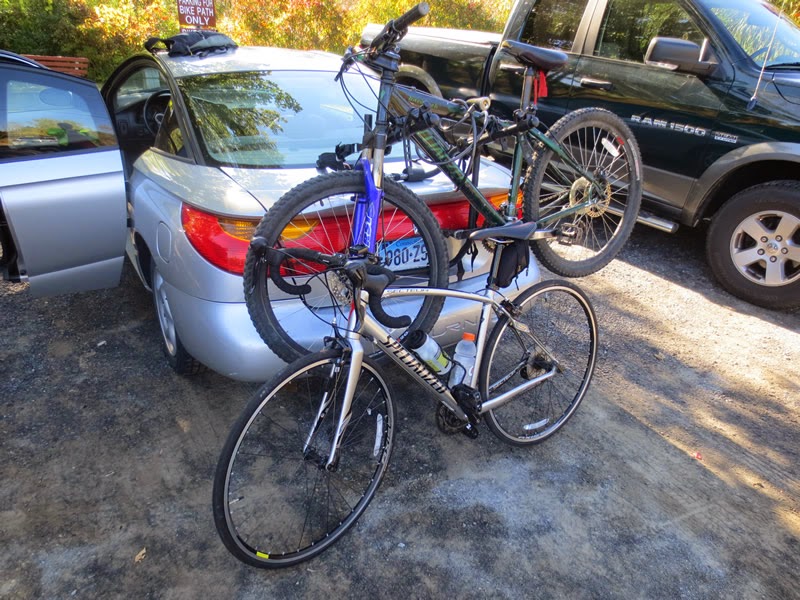 I took an accidental selfie whilst getting the camera  while riding - it turned out kinda cool... :-) 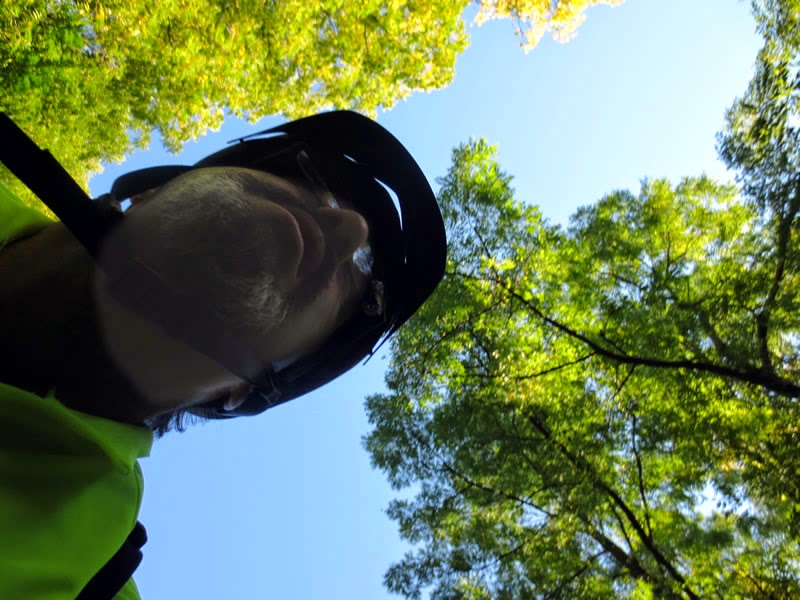 The first section is a pleasant ride thru woods...
- Short One-Handed Video -

The Trail is brimming with history. The historical sign detailed the High Street Railroad Station in Cohoes. See Historical Postcard > 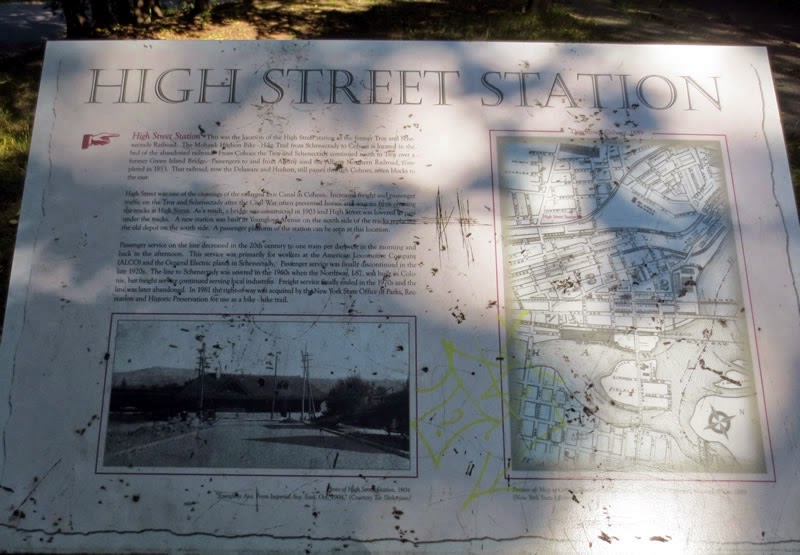 Further on, more info on the railroad was nicely displayed. 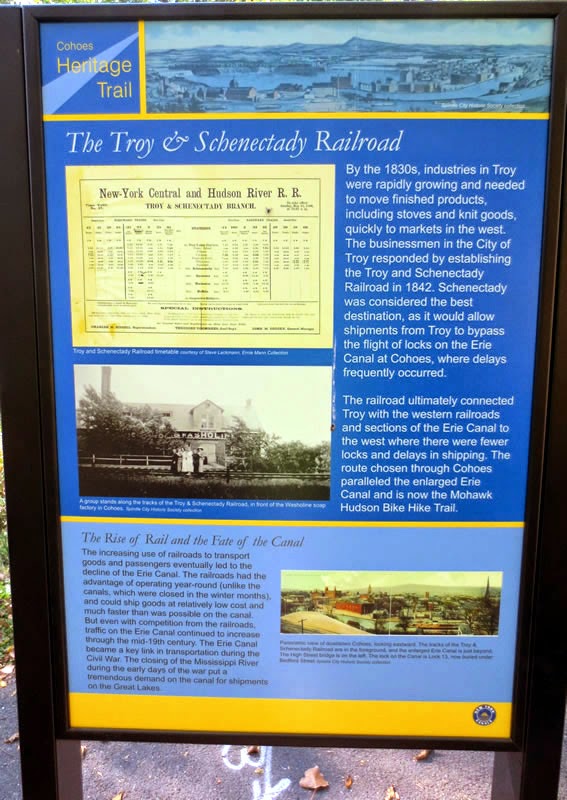 Once your leave the actual railroad ROW in Cohoes, you bomb down steep hill via a couple of small city streets and pass by an old Erie Canal Lock. 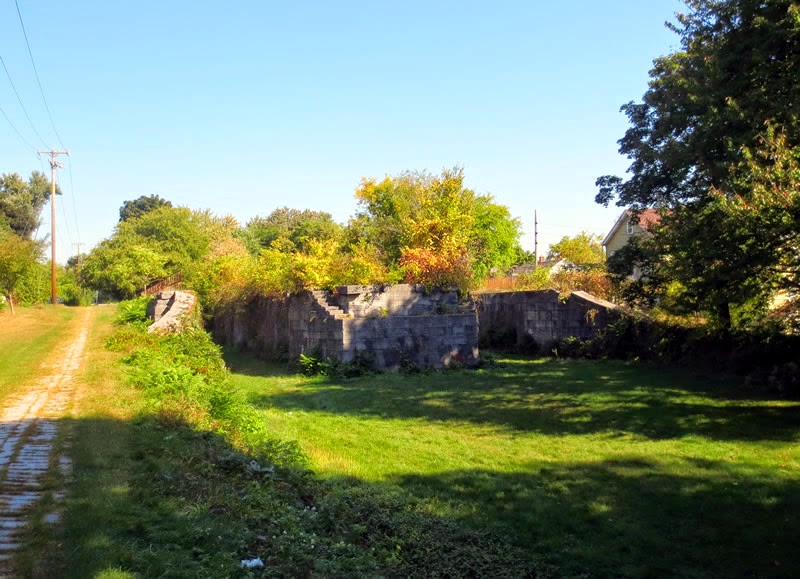 The next part of the ride was a long BORING ride thru Green Island on city streets.

Near the Green Island bridge across the Hudson, you pass by the old freight house -- now a commercial establishment. Street View >  |  See Historical Photo Comparison > 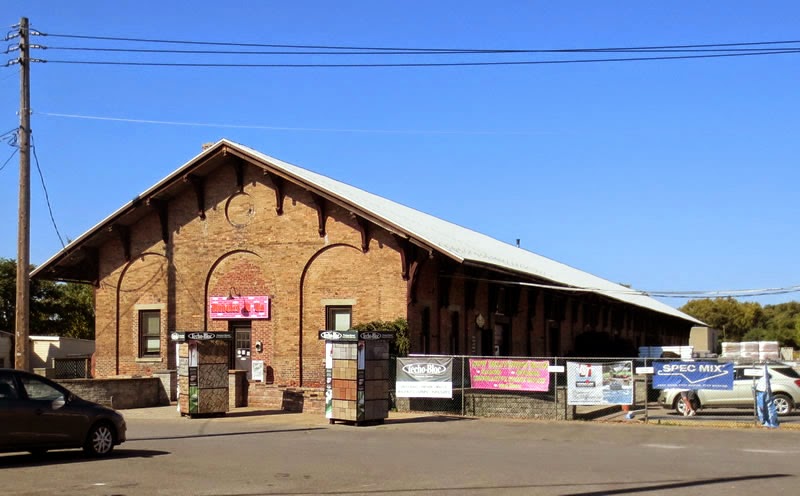 Finally at 4th Street, a trail sign lures you into the woods but it turns on it was the Schulyer Flatts trail, not the Mohawk-Hudson Bike-Hike Trail. 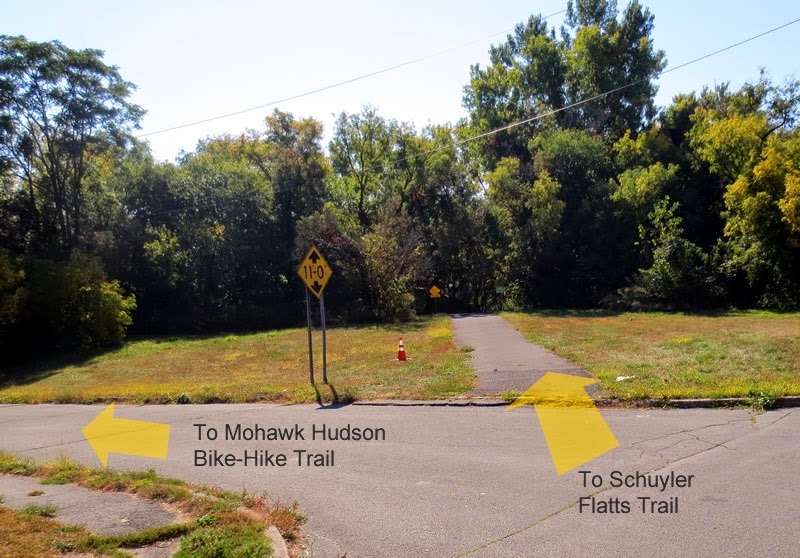 But it was a pleasant detour, especially with the groundhog scurrying ahead of me (see video)

After reaching the dead end (pictured above), I returned and turned down the hill on 4th Street and got to the river's edge. The Hudson was a beautiful sight, glistening blue in the sunlight! 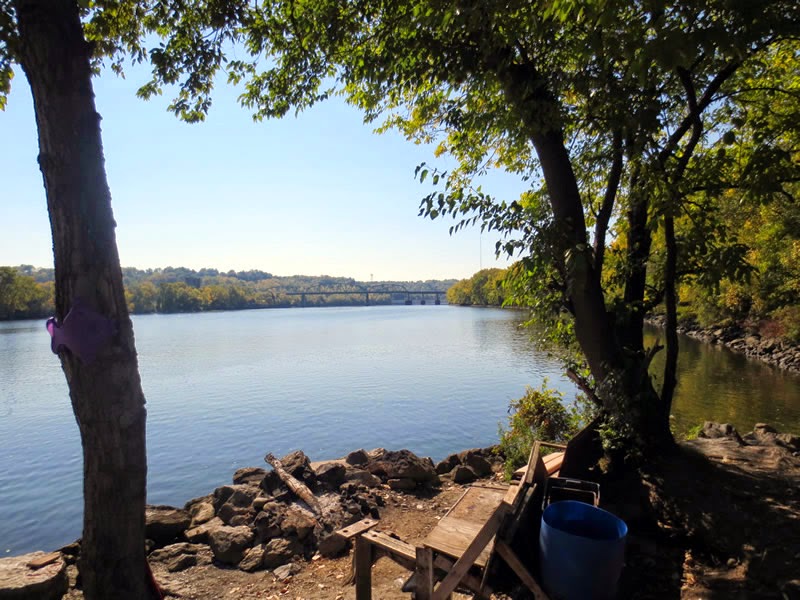 The ride south from here was gorgeous and... 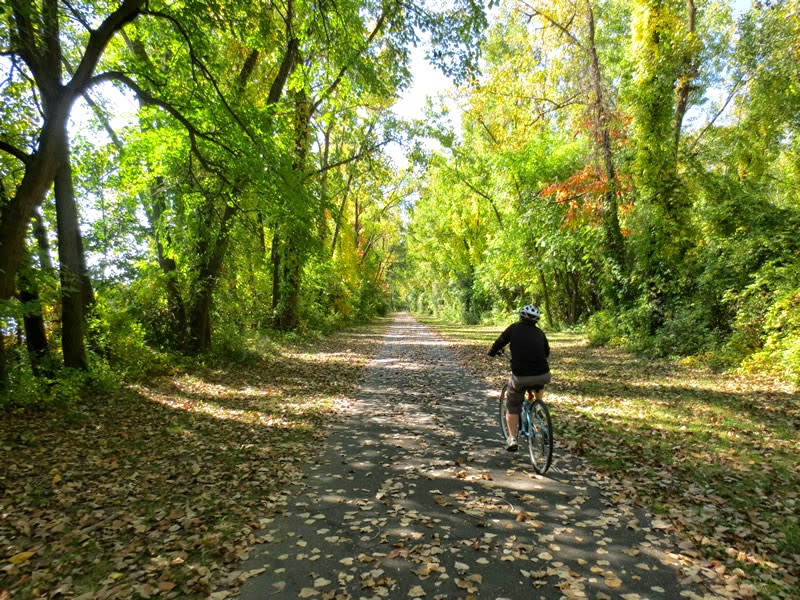 ...interestingly brimming with history. This section of the trail ran south along what were former islands. Most of the west side channels were filled in when Interstate 787 was built.

The first historical sign indicated there was a huge iron mill at this spot. Troy, of course was renown for its iron industry. It's foundries built the Union-clad U.S. Monitor for the Civil War and the city's proximity to rail and barge shipping were a great plus. 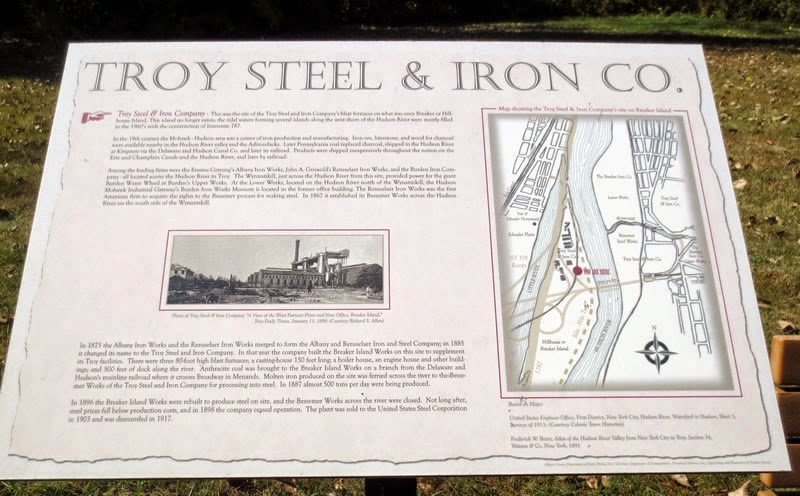 As the next historical sign detailed, the islands were home to amusements parks, race tracks and heavy industry. Due to frequent flooding, over time most of these businesses did not survive. Sadly, except for the commemorative signs, no physical traces are left of their existence. 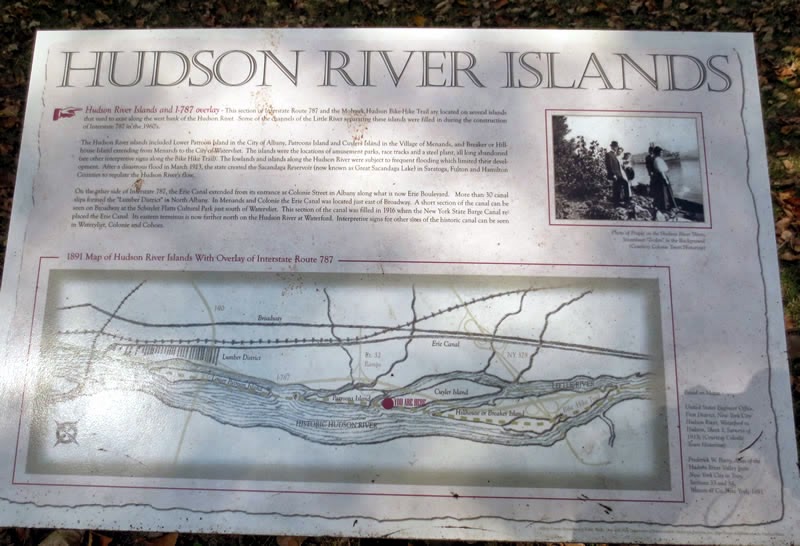 This strange observatory-looking dome beckoned me from across the river. I believe it is part of a water treatment plant. See Google Aerial View > 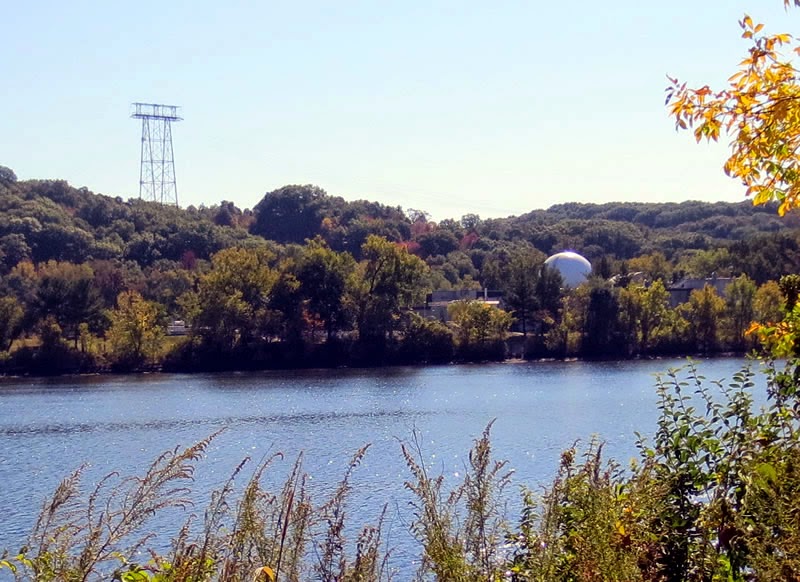 This trail sign indicated there was a huge bustling amusement park at this location. Amazing!! Who knew? Further details on the links listed at the bottom of this post. 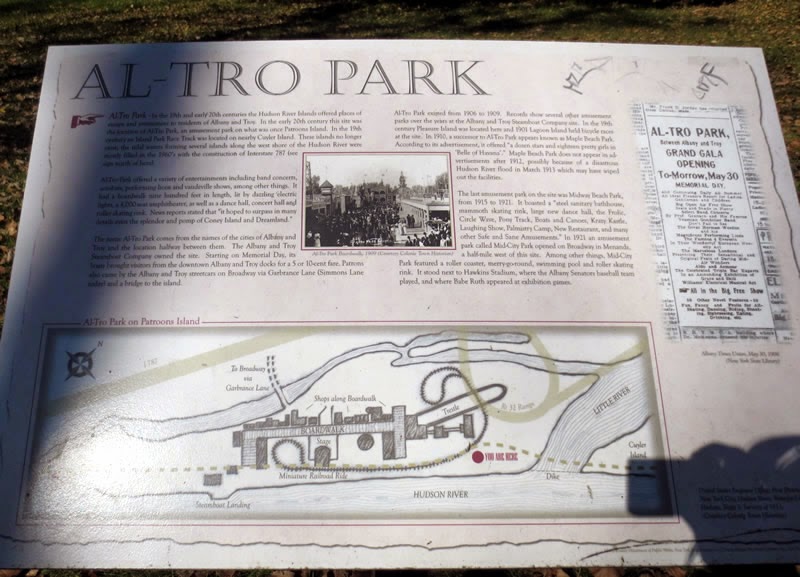 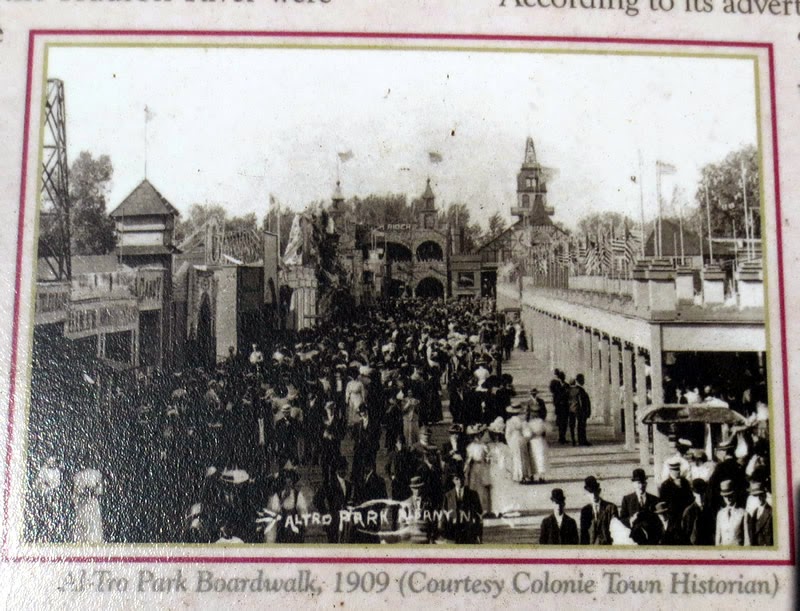 The trail leads right into downtown Albany and I had to stop and take of photo of this magnificent building. This was the Delaware and Hudson Railroad's headquarters. It is a iconic symbol of the prosperity and "good taste" of this local railroad's contribution to the local economy. [To learn more, be sure to check out the links at the bottom of this post] 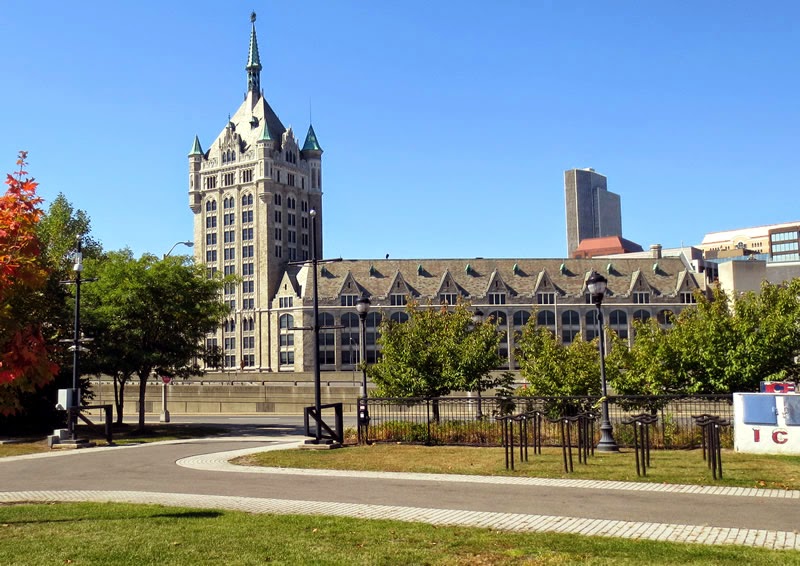 My trek along the trail (now more like a wide urban sidewalk) took me past quite a few interesting things. 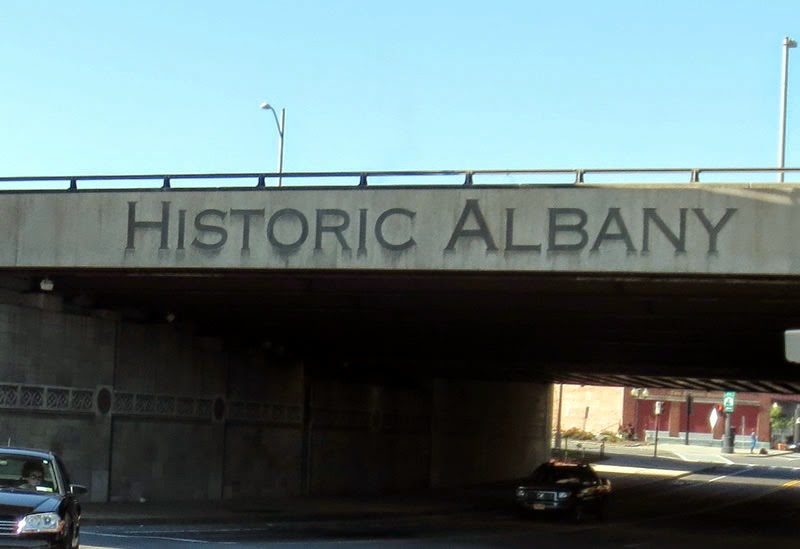 - Short One-Handed Video -
Finally, when the "trail" seems to dissipate into nothing, I turned around here at this massive U-Haul building and headed back north. 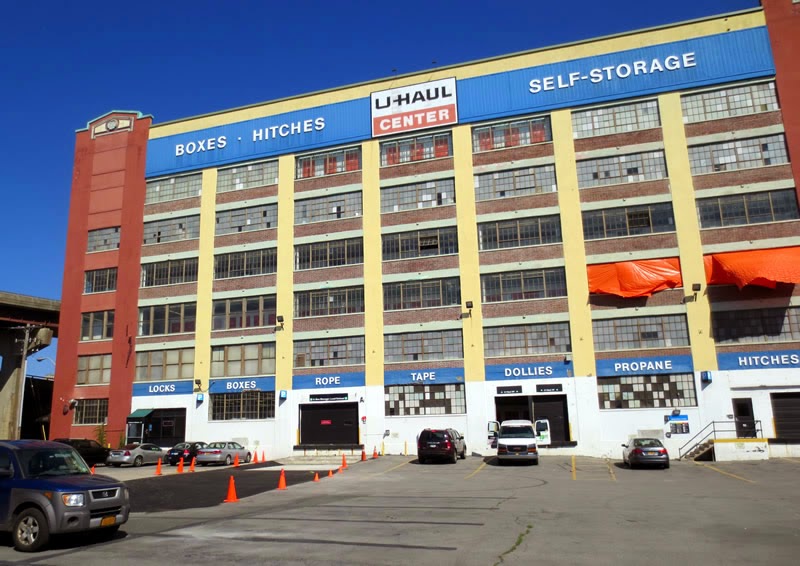 As I headed back, a colonial re-enactment was setting up along the trail. Folks were dressed in colonial garb and old boats, tools and tents were on display. 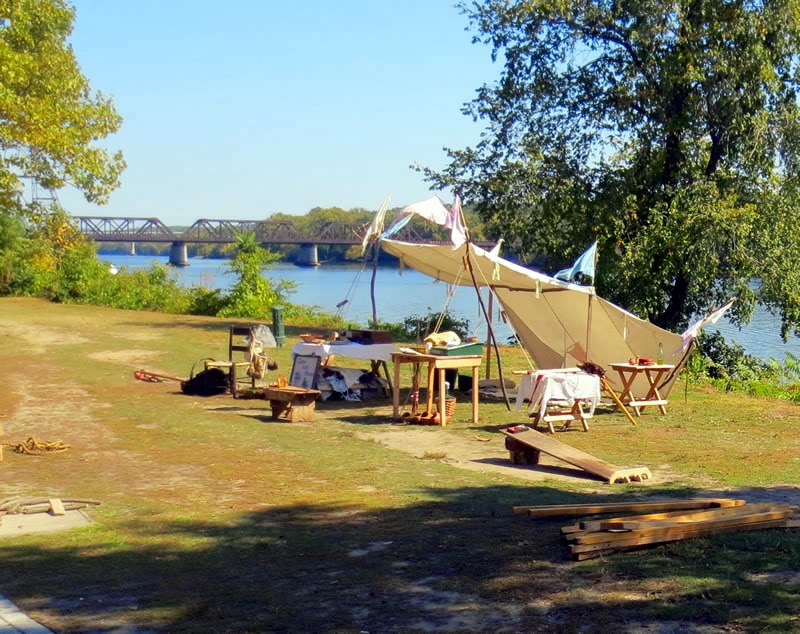 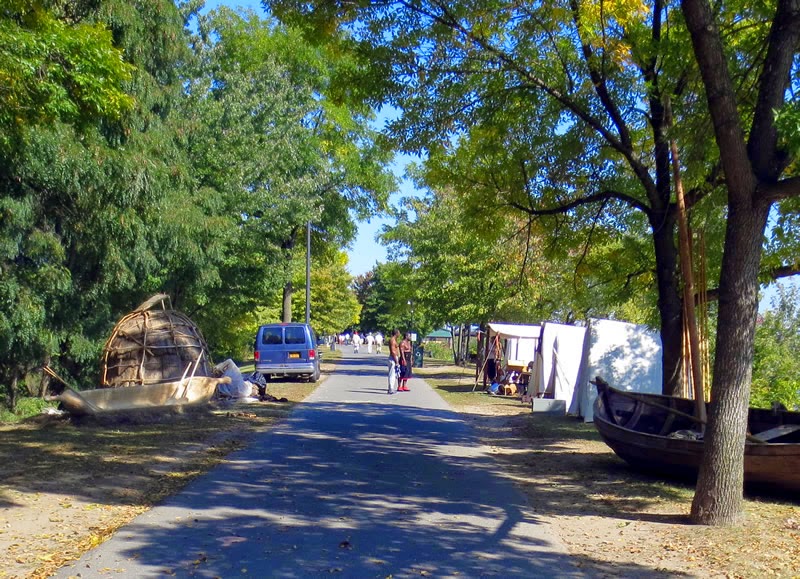 Once back in the woods area, I veered off the trail to take a photo this massive power line tower replete with solar panels. Google Aerial View > 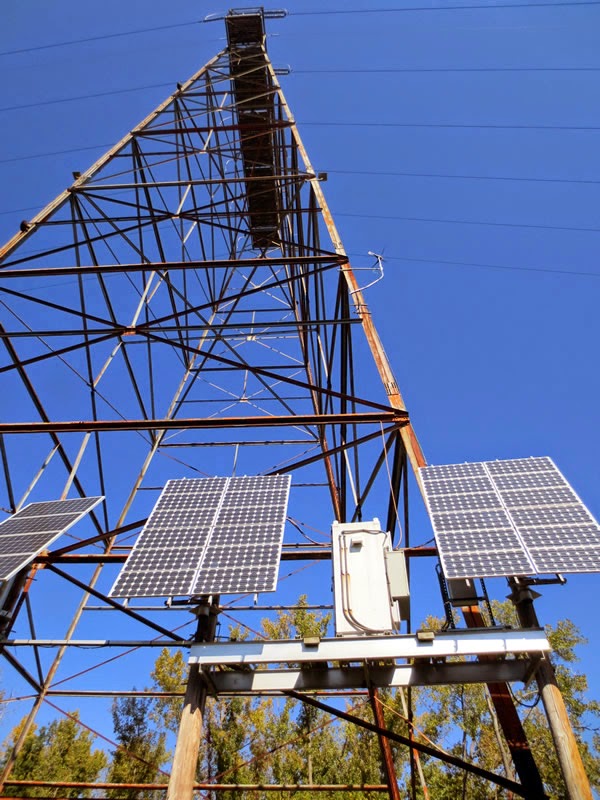 I stopped for a snack at one of the many picnic benches conveniently placed along the trail near the river's edge. 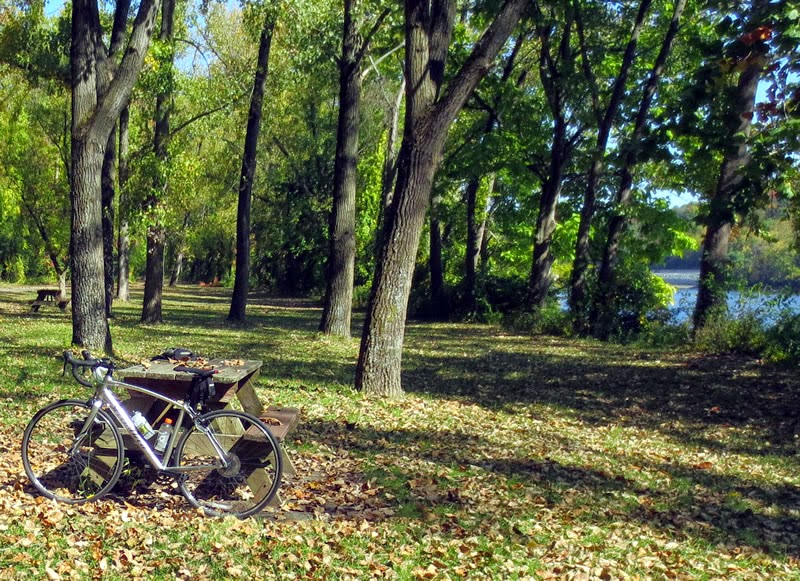 At the north section of Green Island, There is a short section of the road where one can see the Mohawk River and the islands to the north. I stitched together three shots for a panorama view - it was quite beautiful
PS -  You can see the Green Island railroad bridge (now part of a rail trail) on the right.

There was a fat groundhog who didn't seem to mind me getting close and taking his picture :-) 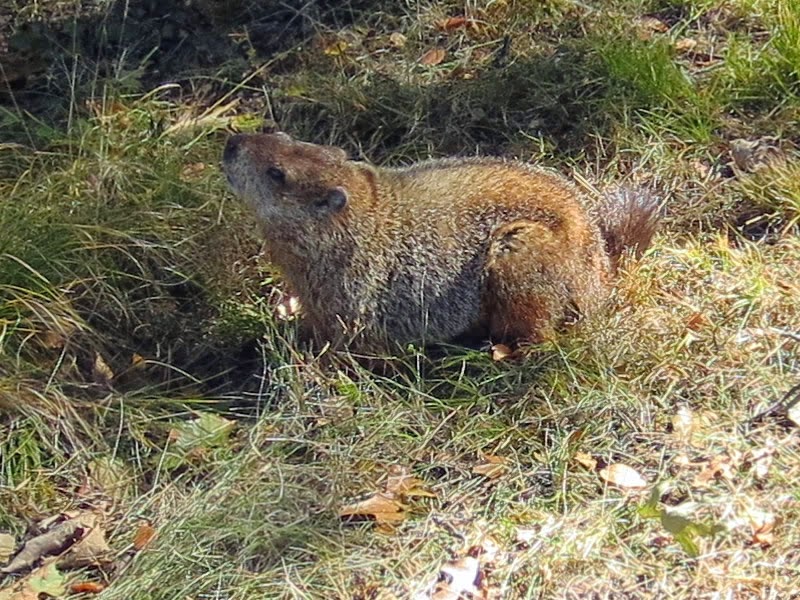 Back on the rail trail I stopped for a sec to snap this photo of the old Reepmyers Feed Warehouse in Crescent. The trail parallels the warehouse on the far right. Historical Photo Comparison > 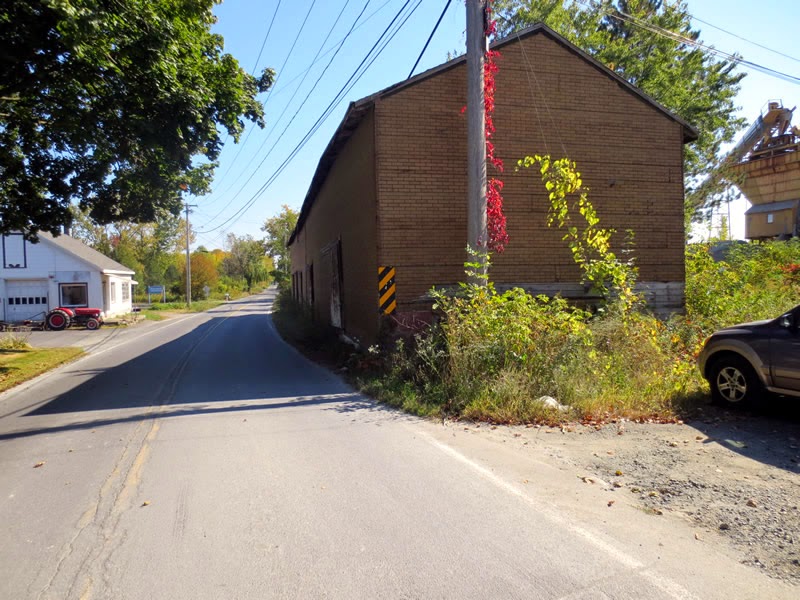 Once back at the parking lot, I switched bikes and headed over to the mountain bike trails - I was in for a surprise (altho' forewarned - I was still shocked!)