After our adventure down and back up exploring the Otis Incline Railway trestle remnants (Part One), we checked out more of the park...

We continued southward on the legit trail and hiked on a few very steep connector trails that lead is up hill and closer (so the signage said!!) to the site of the old Kaaterskill Hotel. Sadly we never found it. My Camelbak was getting low on water and for a moment we were contemplating returning to the car. Thankfully we decided to continue on instead (who needs water on a hot day?!!).

Happily we reached Kaaterskill Falls and the view from the overlook is quite spectacular. 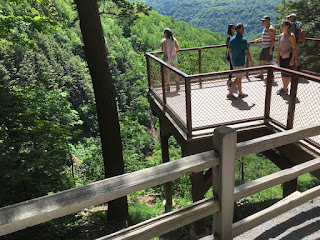 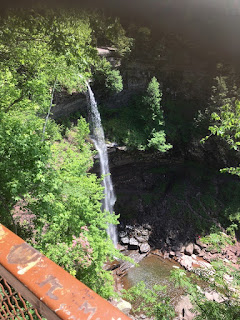 We sat down on a nearby retaining wall to chow down our packed lunches. Of course at that moment I realized my sandwich was still sitting in the cooler of my car - DUH!. But between the apples I had brought and Greg's trailmix and beef jerky (yum!) we were adequately replenished.

Trestle Remnants at the Creek Crossing

A short walk up towards the parking lot brought us to the creek crossing trestle remnants which I had documented on my previous excursion:  Exploring Catskill Railroad Remnants > 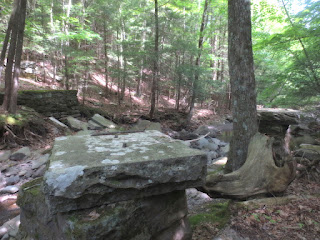 Greg's Photos of this area 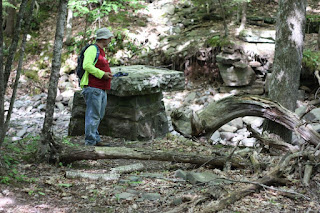 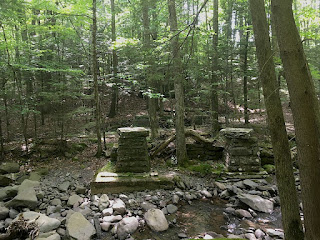 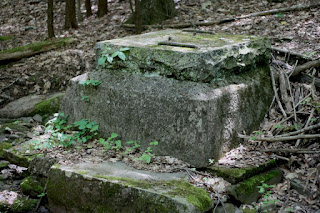 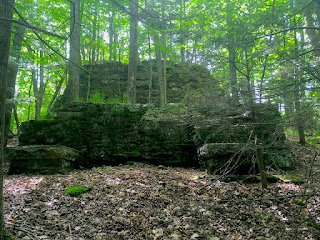 Next--now being veterans of hillside scrambles--we crossed the rocky stream bed and climbed up to get to the ROW. It was really neat to still see the ties in the ground and walk along a clearly-defined railroad embankment.
NOTE: My cell phone battery was low so I shot these on a different camera at apparently a "not so good" setting :-( 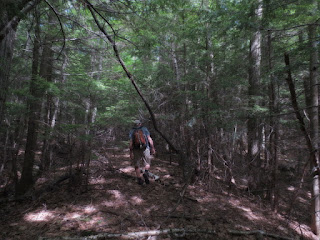 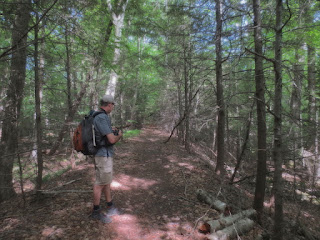 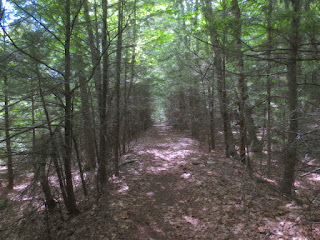 Greg took a couple of nice shots along here as well 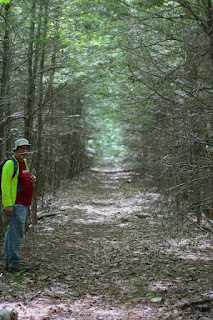 After crossing Scutt Road, we stayed on the ROW which was now an official trail and encountered a family on bikes. Off to the side we noticed some foundations which appeared to be perhaps the footings for the water tower (?). 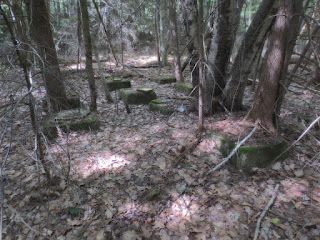 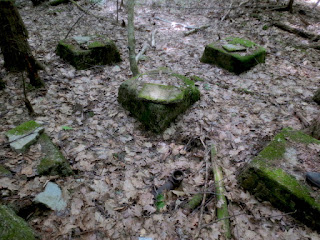 Once at South Pond we found the "undeveloped" trail south of the pond and continued our trek eastward. This tree on the rock caught my eye!

Site of the Catskill Mountain House

Our finale for the day was fittingly the site of the old Catskill Mountain House. The view was absolutely stunning. It easy to see why this spot was a destination for myriads of tourists ages ago and why an incredible train transportation network was built to bring folks here. If any readers haven't yet been here--make it a point to visit--it's an incredible experience! 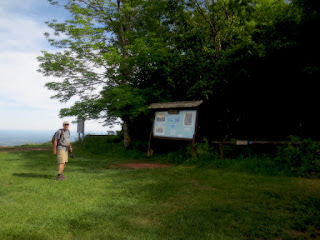 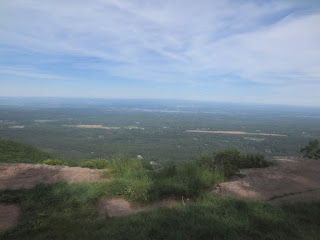 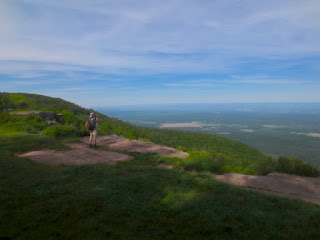 It was a short walk back to our cars and we topped off our day by a chowing down a hearty meal at Selena's Diner - a great old school diner down in the village of Haines Falls. We had a great and perhaps somewhat crazy adventure for sure. Thank you Greg Fealey for your kindred spirit and enthusiastic company!