The Otis Incline Railway (Part One)

After close to a year of planning and re-scheduling, I finally managed to explore the Otis Incline Railway. Although this trek was planned as a foursome, health issues sidelined two fellow trekkers. I was very thankful to have Greg Fealey join me. Truth be told, I probably wouldn't have done it on my own!!.

The main goal of this trek was to document the remains of the Otis Incline Railway, especially the trestle. Ever since I saw this aerial, I was obsessed to check it out close up. All that was needed was a bit of courage (perhaps mixed with a bit of insanity!) and a day set aside to do it! 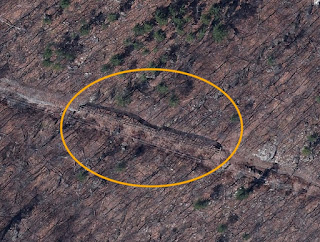 Its a fascinating relic and an amazing engineering marvel from yesteryear and strangely not that well known: 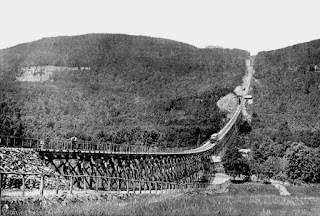 Needless to say--as the photos below will all to clearly illustrate--with all the undergrowth, it wasn't the best time of year to bushwhack and regrettably to get the best photos. But too many previous postponements and re-scheduling necessitated this "jungle trek" ("now or never!").

Greg and I met at the parking lot closest to the top of the incline railway ROW and we gingerly made our way down.  Between unrelenting undergrowth, the hot sun beating down on us and ridiculously steep sections, it was a tough hike for sure!
For quite a distance we made our way through a rock cut  (12 ft deep or so) which kept us a bit cooler. 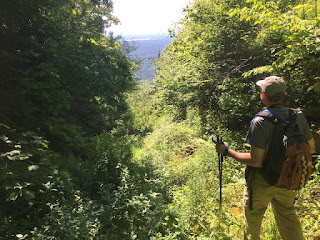 An unnavigable drop forced us to bushwhack a steep "tumble down" through the adjoining woods but once back on the incline, we were rewarded with a series of the railway's foundations--probably supports for a wooden trestle. 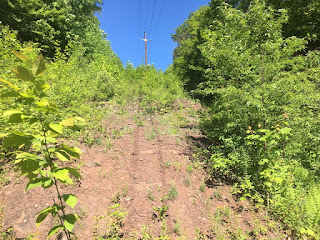 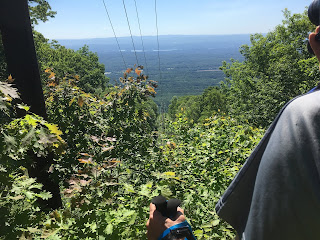 Our "tumble down side trek" 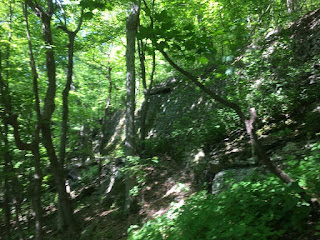 Descending further on the incline 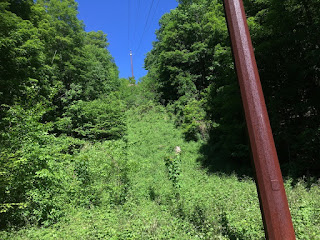 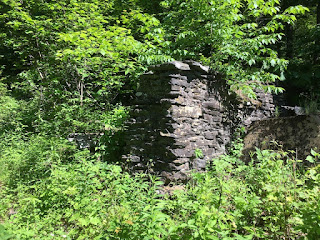 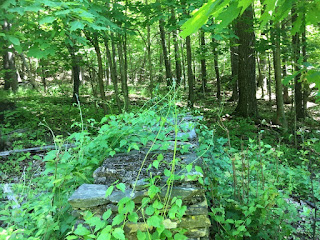 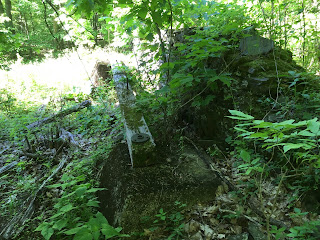 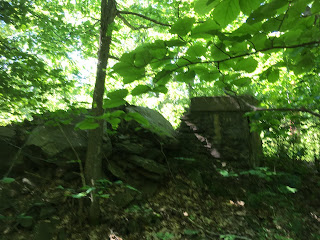 -super short video-
For much of the continued descent, we cautiously treaded over loose slag - mixed sizes of slate that originated from the blasted rock dumped downhill from the rock cut above us.

We did cross a perpendicular trail which was noted on our topo maps but our repeated mantra was "Keep going, it's gotta be just ahead!" Greg was leading the descent and the first to spot the trestle. Frustratingly it was somewhat obscured by overgrowth so snapping starkly dramatic photos of the exposed trestle wasn't in the cards for us :-( 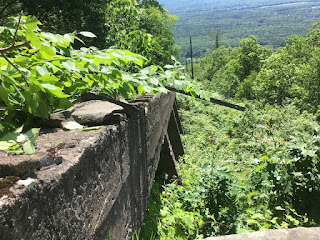 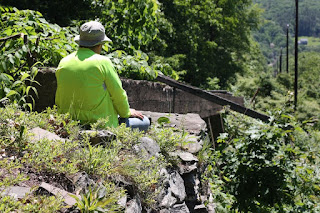 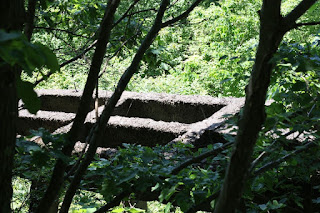 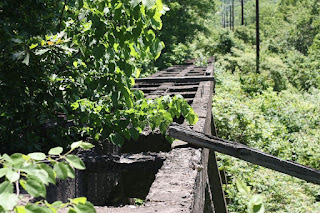 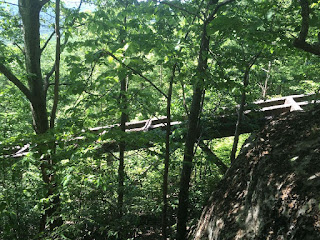 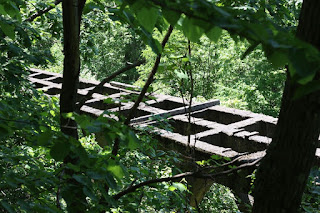 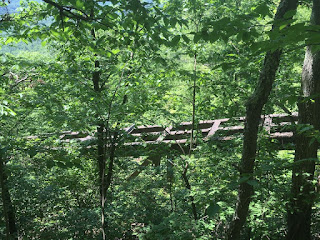 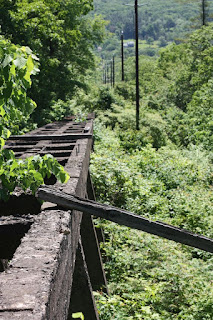 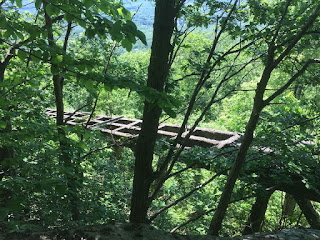 After a couple of high-fives and numerous photos of the trestle, we slogged back up the incline. We  decided to forgo the full ascent and take the trail we crossed over instead.