On my way up to Northern Vermont to mountain bike, I decided to stop at White River Junction and sniff around the railroad area. I was amply rewarded!
The station is still active as an Amtrak passenger station and had a small but nice railroad exhibit  inside which included a poster of locomotives... 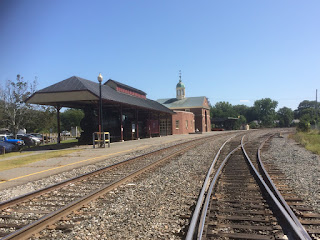 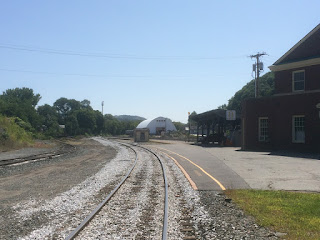 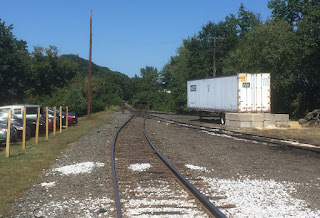 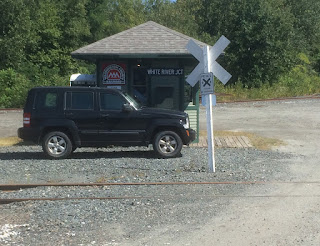 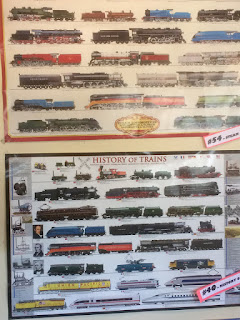 But of course the main attraction was the restored steam locomotive and caboose... 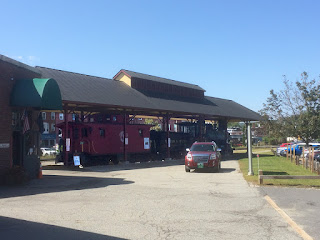 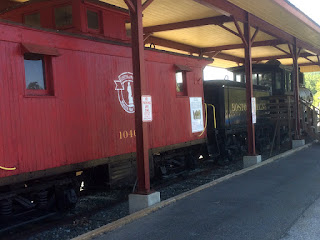 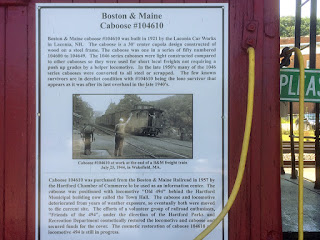 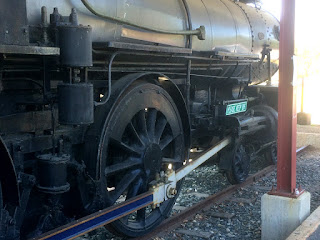 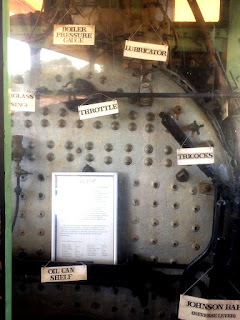 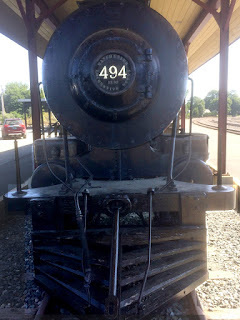 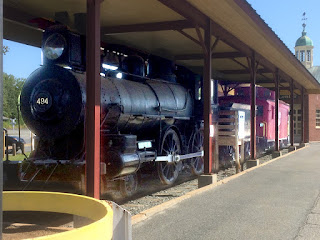 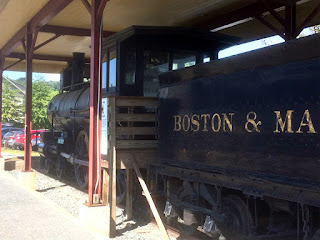 And strangely, there was a Buffalo and Pittsburg Diesel switching freight cars just up a bit north! 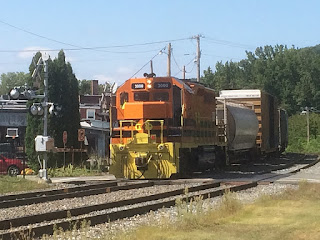 White River Junction Historic District (RR History)
At one point, 14 railroad tracks traversed the village and White River Junction was known as an important railroad center. Union Station was built in 1937 by the Boston & Maine Railroad company on the foundation of the 1880 building. It served the Boston and Maine Railroad and the Central Vermont Railway.  (More about the Steam Locomotive refer to #52)