Newport/Hoboken NJ - Then and Now...

A walk along the riverfront and an eye-opening visit to the Hoboken Railroad Terminal back in October 2016 (see previous post) piqued a deep-seated curiosity to dig up more details about the history of the docks in this area. 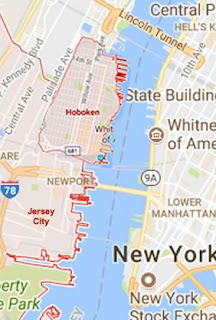 Its really a fascinating story and probably little known to the thousands of folks who work or live in this modern immaculate corporate enclave.

Of course a first glance backwards will take you to Frank Sinatra (Hoboken was his birthplace) and Marlon Brando (Elia Kazan’s award-winning film: “On the Waterfront”) but that’s just the tip of the iceberg. If you turn back the clock a bit further, you will uncover a terrible maritime tragedy and an innovation in tunnel ventilation--both significant historical milestones especially considering their impact on safety standards across the globe.

Now you might ask “what does any of this have to do with railroad history"? The answer is that the waterfront was a major transportation hub and railroads were integral in the massive growth of economic activity that occurred,

The photos below will take you on a brief “then and now” tour focusing on the docks. This stark contrast is mirrored in many other similar places across the globe as technology and transporation changes evolved over time. The still-standing eroded remnants of these piers are ghostly reminders of a far different hustle and bustle of a not so distant past.

But first a bit of history...

At the turn of the 19th and 20th centuries, Hoboken was the seat of a vast shipping and industrial complex. Huge docks and warehouses lined the shore and quite a few large railroad yards engulfed the area. Many major railroads reaching westward terminated at Hoboken and the amount of freight shipped through these docks was enormous. 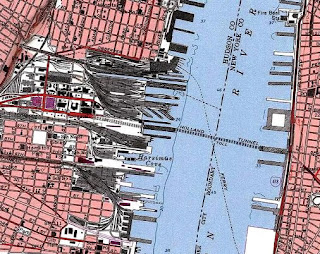 Shipbuildng was also major industry here so the waterfront was a bustling hub of economic activity.

The 1900 Hoboken Docks fire occurred on June 30, 1900, and killed at least 326 persons. The fire began when cotton bales stored on NDL’s (Norddeutscher Lloyd) outermost wharf caught fire, and winds carried the flames to nearby barrels of turpentine and oil, which exploded in rapid succession. It burned NDL’s Hoboken piers to the waterline, consumed or gutted nearby warehouses, gutted three of NDL’s major transatlantic liners, and damaged or destroyed nearly 24 smaller craft.

Many of the deaths occurred as the flames reached several of NDL’s transatlantic steamships docked at the piers. Three of these ocean liners became deathtraps for dozens of seamen and visitors who were unable to reach safety on deck or to squeeze through portholes to escape.

Aftermath
News stories of the fire had described below-deck crew “trying in vain to force their way through the small portholes, while the flames pressed relentlessly upon them.” The fire prompted arguments that portholes on all ships should be larger in size and eventually regulations required portholes to be big enough for a person of reasonable size to escape.

Begun in 1920 and completed in 1927, the Holland tunnel was the first mechanically ventilated underwater vehicular tunnel in the world. The eighty-four fans, in four ventilation buildings can completely change the air inside the tunnel every 90 seconds. A forced ventilation system was essential because of the poisonous carbon monoxide component of automobile exhaust. 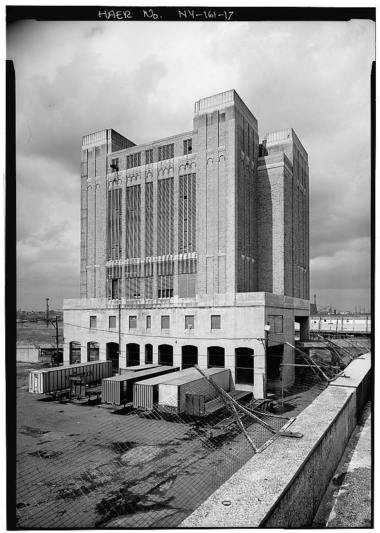 Disassembling Yesteryear
The pier that stretched out to the ventilation tower is slowly being dismantled. 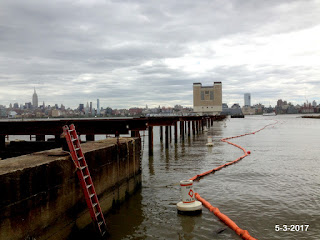 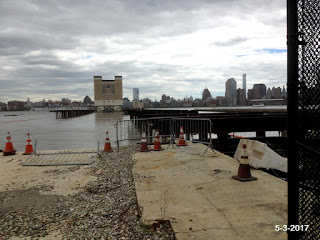 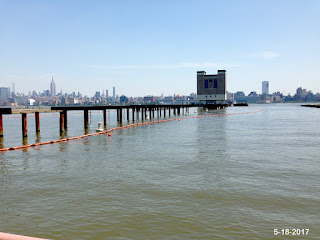 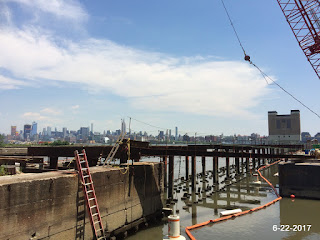 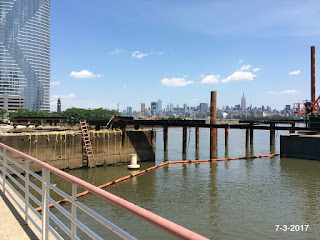 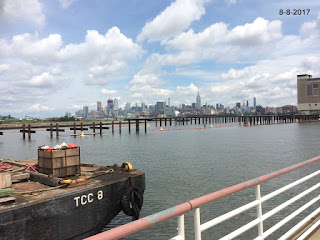 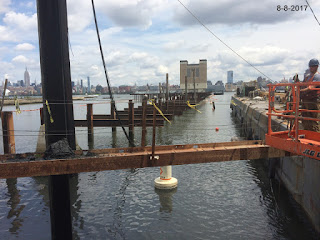 The waterfront's extensive pier system powered its economy from the mid-19th to mid-20th century. During both World Wars and throughout the time in between, Hoboken (and neighboring Jersey City) continued to thrive. Hoboken became the major point of embarkation during WWI and more than three million soldiers passed through the city onto awaiting ships for the transatlantic voyage. While the country experienced the economic woes of the Great Depression, jobs in Hoboken’s shipyards and factories were still available,

World War II facilitated economic growth in Hoboken, as the many industries located in the city were crucial to the war effort. Even during the 1950s, the economy was still driven by Hoboken-based big industries... Unions were powerful and the pay was good. 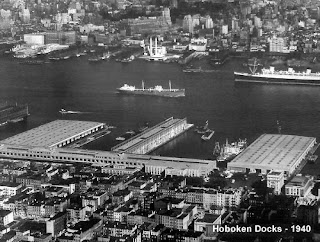 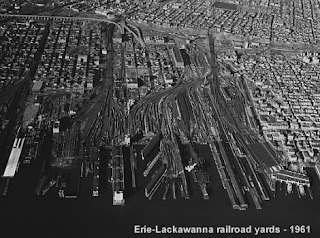 By the early 60s, the development of containerized cargo--necessitating deep water ports--and due to interstate highways, the switch to trucking--had increasingly undermined the Hoboken waterfront. Many of Hoboken's industries moved away during this time and the city was considered something of a post-industrial wasteland until the 1970s. The vast railroad yards were slowly abandoned and the shoreline fell into disarray. 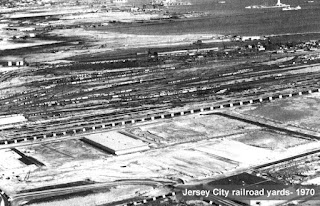 Redevelopment of the area began in 1986 as a $10 billion project led by real-estate tycoon Samuel J. LeFrak and his firm The LeFrak Organization. With its close proximity to Manhattan, great transportation links, lower real estate costs and numerous tax breaks--Newport was born on the ashes of the former railroad yards. 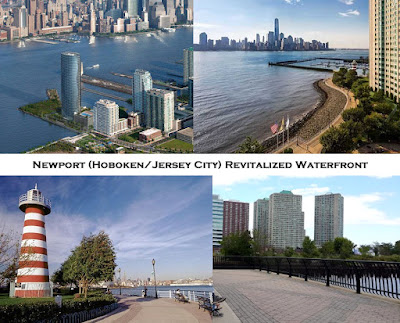 But the walk along the riverfront, despite its somewhat overtly clean-cut Disneyland ambiance, still reveals the area’s grimy industrial past--a lingering testament to the powerful role the docks and the railroads had in the economic growth of the region. 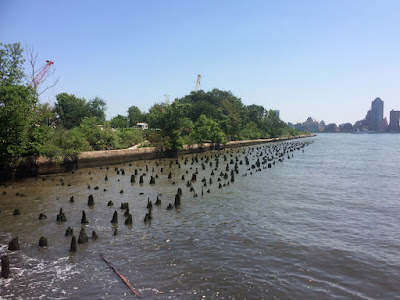