BTW: The name in no way reflects any kind of difficulty for a biker - it is just a name to link the trail with its past!

The Ride
On Saturday--about a little before 6PM--I rode a bit of the Black Diamond.

I started out in the southernmost part of Cass Park and started riding on the trail I saw but ended up by the pool, so I retraced my route to try and find the actual trail I intended to ride! 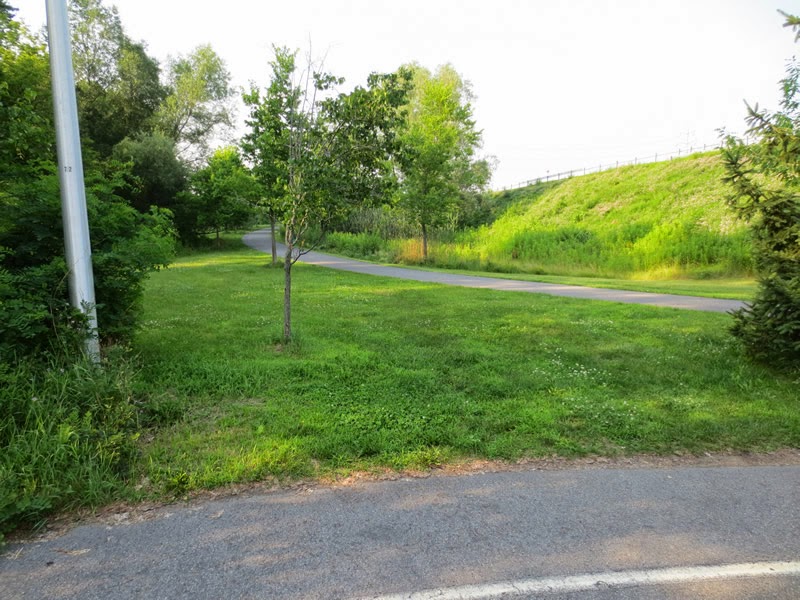 I found a gravel turnoff that led to the old ROW. It turns out, getting started was difficult because there wasn’t any signage. I believe this section of the trail is still considered not open. 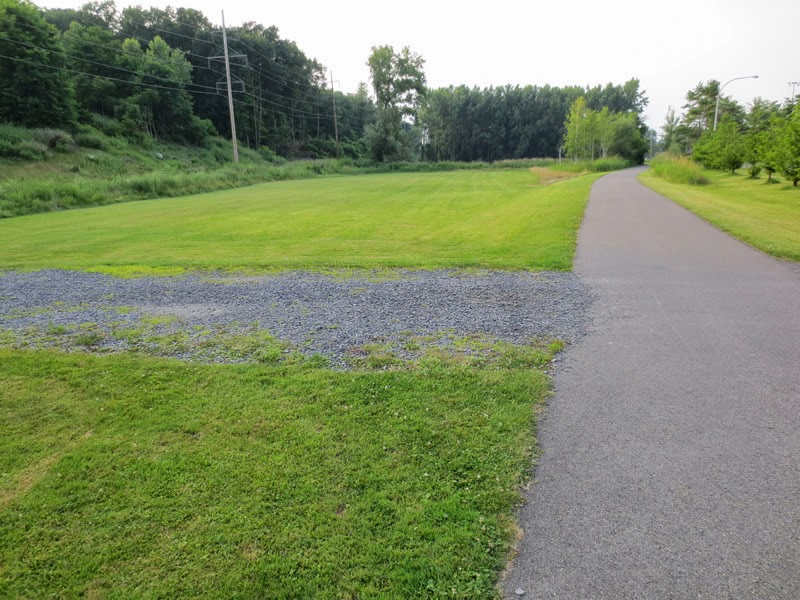 The trail itself looks like a jeep trail and I was even blocked with deadfall at one point! 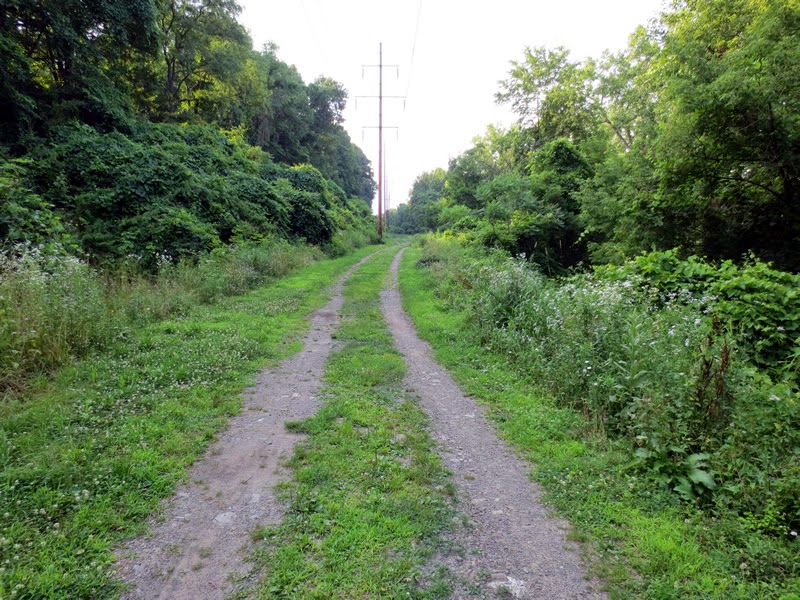 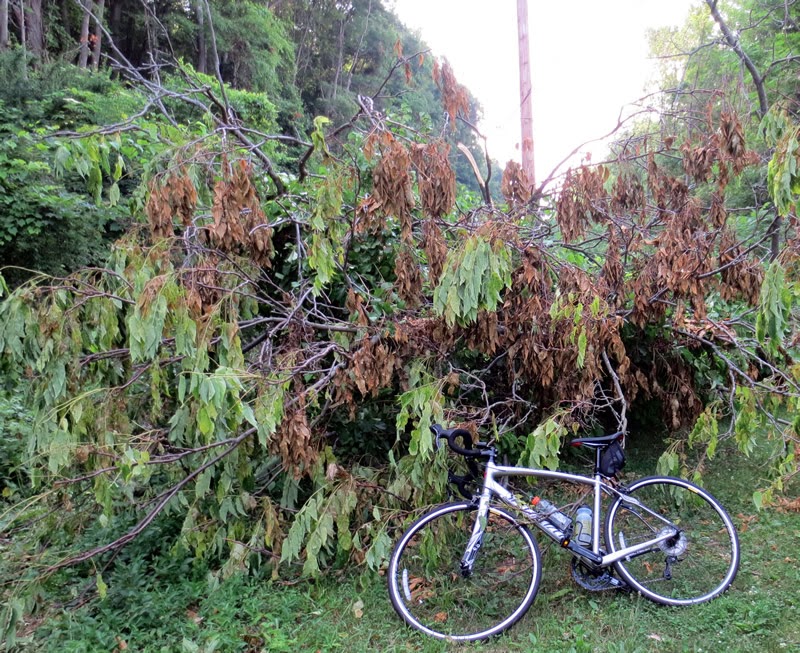 Although easy to ride  (the grade wasn’t much at all), the trail really was more appropriate for fat tires as there was a lot of ballast-sized rocks scattered about and I worried the whole time that I was going to pop a tire. :-(

After about 3 miles of riding, I decided to turn around. This section near the fallen tree pictured below had lots of loose rock just waiting to cause a flat! Fortunately I made it out with my tires still intact - riding back down over the clover was a redeeming moment of fun... 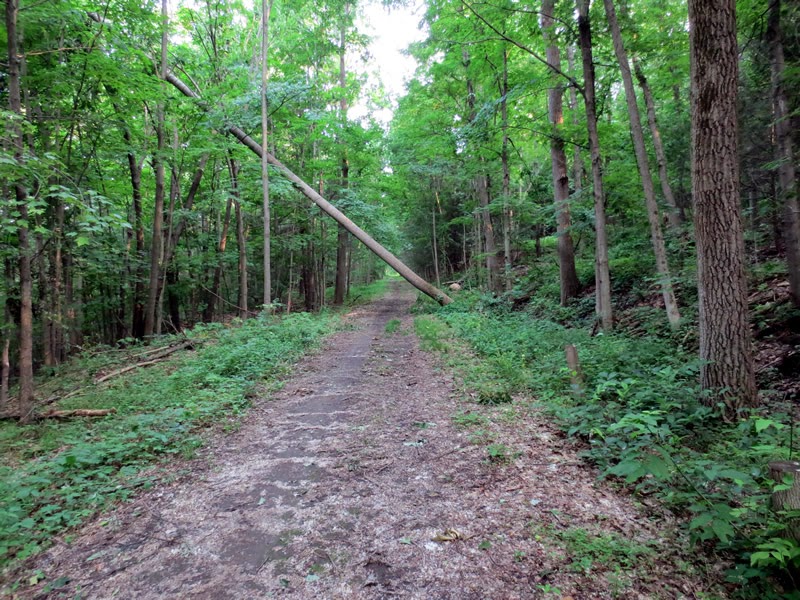