I was up visiting my parents this weekend which gave me the opportunity to ride a few of the local rail trails in the area.  On Saturday,  I headed up to Ballston Spa and rode the 9-mile Zim Smith Trail end to end. 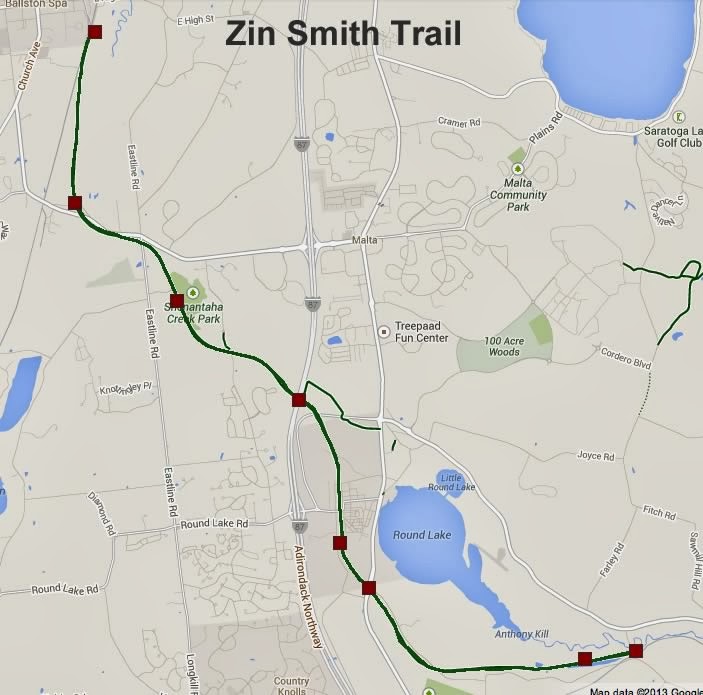 After driving through a roadful of chickens and a large black cat, I parked at the end of Oak Street in Ballston Spa. 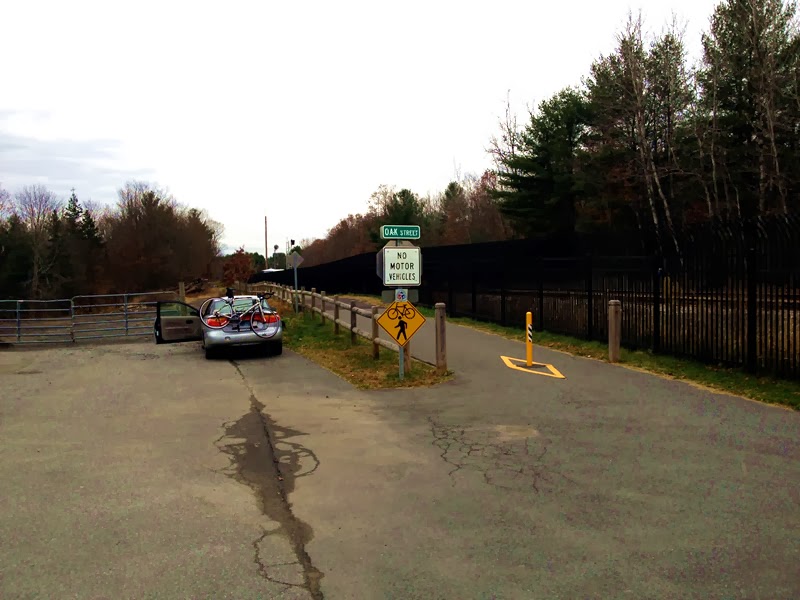 It was cold that day and I wore a winter headband under my helmet. The thin work gloves I pulled over my fingerless riding gloves were inadequate and I switch out to winter gloves when I stopped at Underpass Road.

The trail was flat and easy.  After paralleling the still active railroad tracks for a bit, it primarily skirted through marshy woodlands. Occasional manhole covers and the large pipe over the rocky stream at the Underpass Bridge area indicated there is a water line tied in with the route. 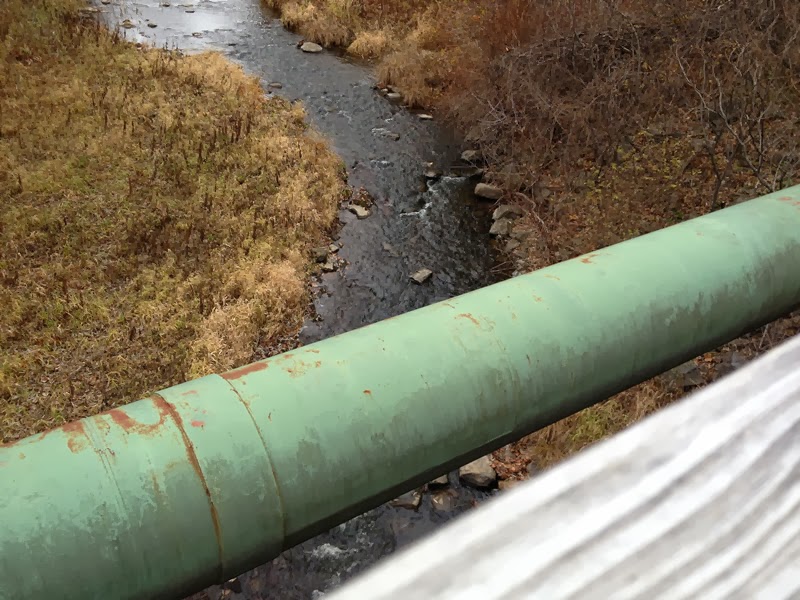 The trail passes an industrial area (Curtis Lumber, etc.) in a open field but once past East Line Road it becomes woodsy again.

I took a super-short hand-held video while riding thru Shenantaha Park.

The creek has carved a deep ravine and interesting tributaries slice thru the hillsides by the trail as well.  It looks like an interesting place to explore and I hope to return here at a later date to walk down into the ravine and check the ruins of an old mill.  Park Details>>

I continued on and took another super-short hand-held video while approaching the underpass under the Northway.

A sign indicates a trail off to the side that heads up to the Luther Forest Tech Campus. 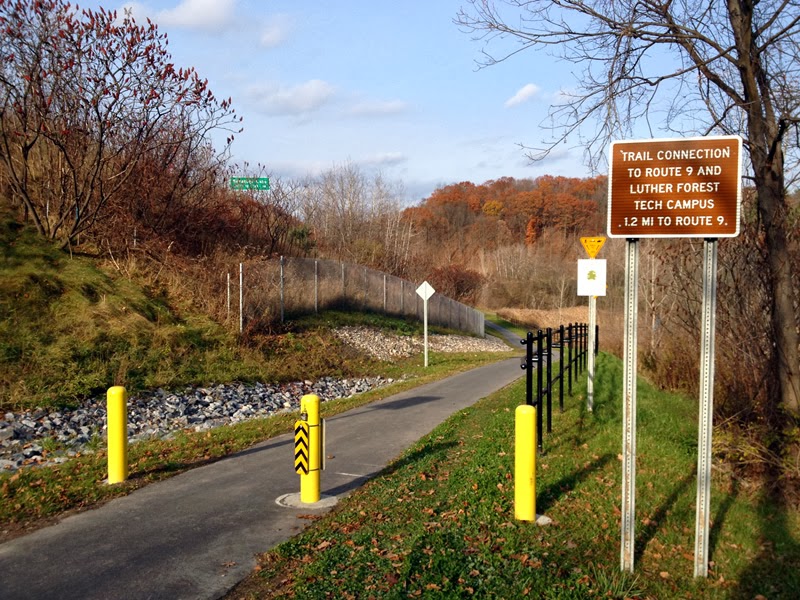 I soon cruised into Round Lake and stopped to take a photo of the village. This quaint gingerbread-adorned charming small town warrants further exploration on another visit -- but I wanted to press on due to time constraints.

Continuing on, below are a couple of photos from the railroad bridge over Route 9: 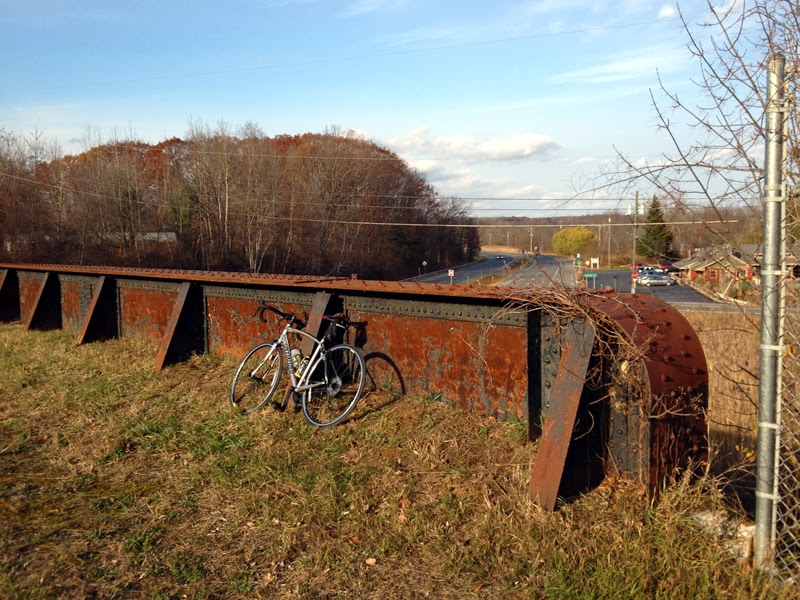 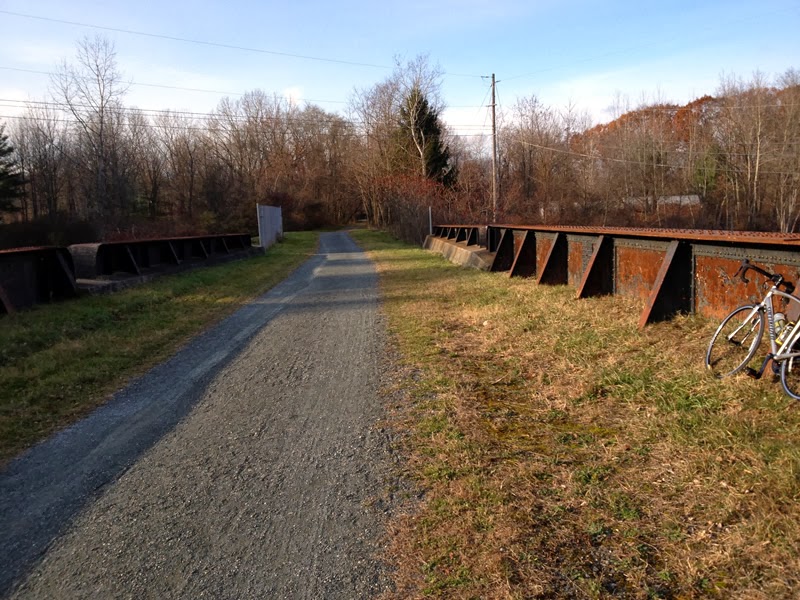 A visit to an historical topo map site later that day confirmed my suspicion that this was a double track. 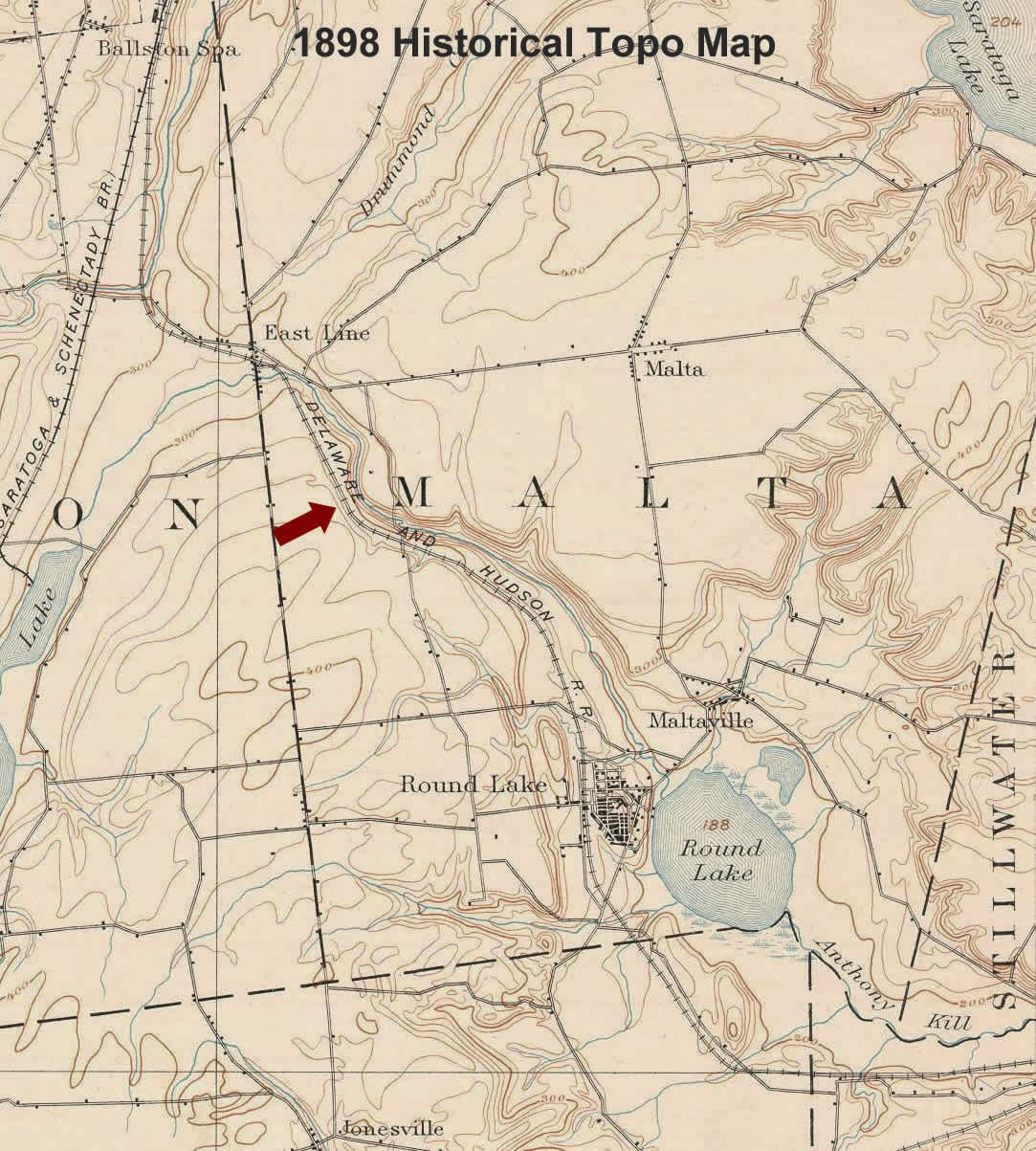 The pavement soon turns to hard-packed gravel and--after passing a few scattered houses--the surroundings turn to marsh and a long narrow shallow pond is on the right.

The sunlight on the autumn brown trees and the glistening water was very beautiful at the time so I stopped to capture the moment. 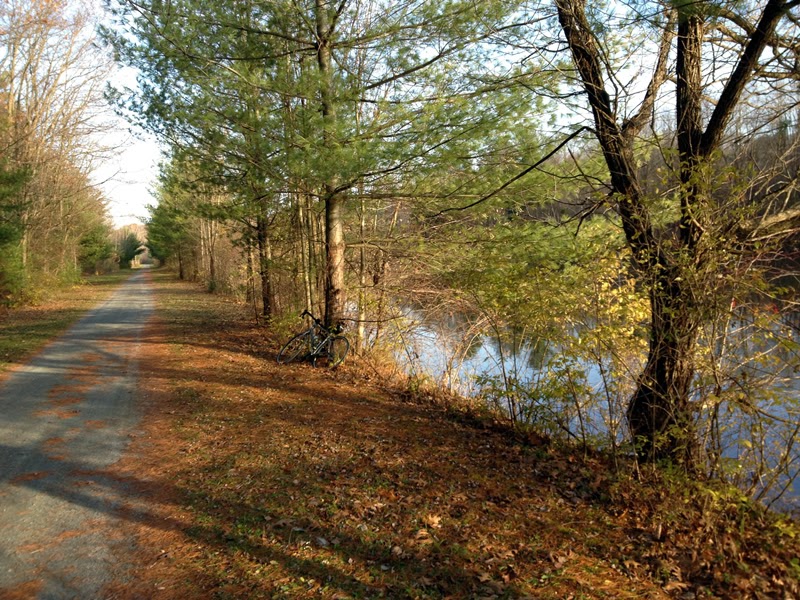 I soon ended up at the trail end and took a pic of the Coons Crossing trailhead. 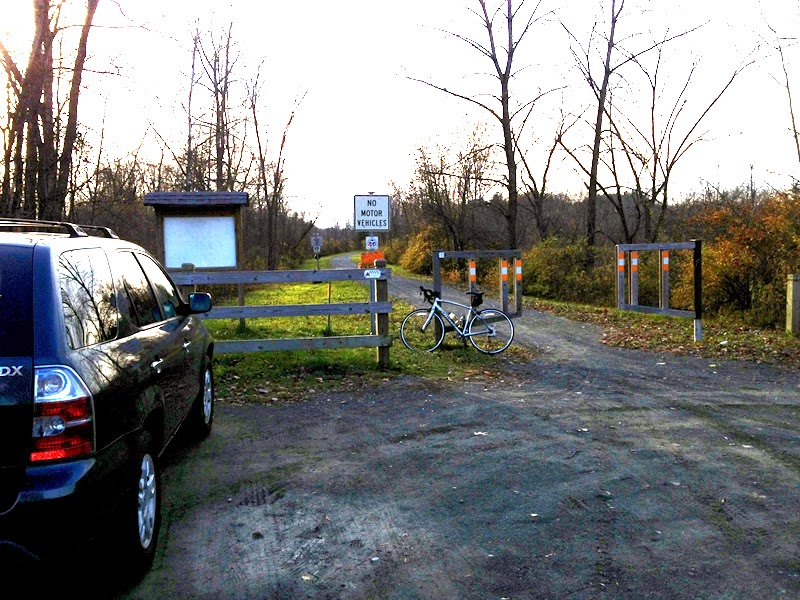 I was starting to get dark (I was in a valley) so I headed back northward again.

All in all a pleasant easy scenic and historical filled ride!
Posted by Rich Coffey at 8:36 PM