On a weekday visit upstate to check on my mother I decided to take an excursion into Troy rather than mountain bike as the weather turned cloudy and gray.

Troy has been on a major revival for a couple of years now - when growing up (quite few years back now!!) I remember it was pretty funky!

I kicked off my tour at a charming little Lebanese Restaurant on River Road in the Antiques district. Its a family-run business and the owner was extremely gracious and sweet! 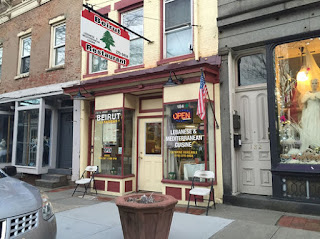 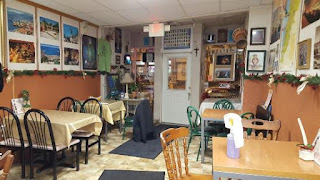 Pleasant colorful cafes and art galleries have revitalized the charming brownstones and there’s a wonderful sense of a respect for history here. 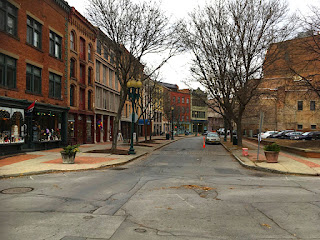 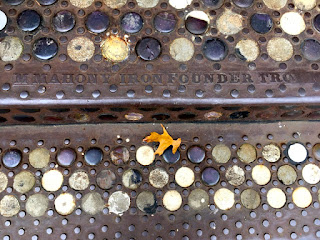 Down at the waterfront, the backsides of the buildings hinted at their former industrial and commercial origins. 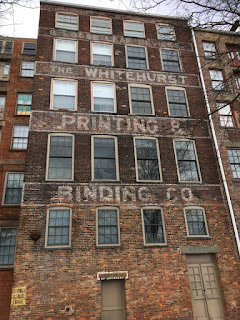 The Uncle Sam Bikeway thru this section is very urban and seems to be still under construction. 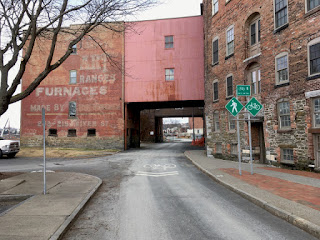 There are Hudson River tour boats moored here as well. 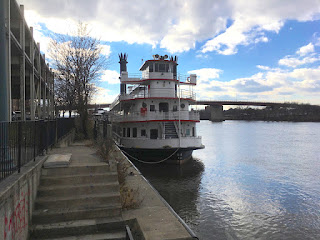 My drive around downtown revealed an amazing amount of stunning historical brick and stone architecture. 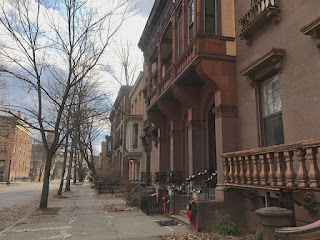 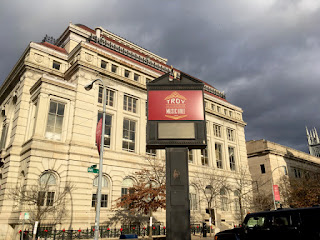 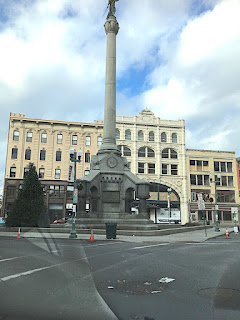 Relics of its Railroad past

"Through much of the 19th and into the early 20th century, Troy was not only one of the most prosperous cities in New York State, but one of the most prosperous cities in the entire country. Troy's one-time great wealth was produced in the steel industry. When the iron and steel industry moved west to Pennsylvania and beyond, Troy's prosperity began to fade." -Wikipedia

Lastly, after driving thru South Troy and noting the relics of former industry...

...I checked out the Burden Iron Works Museum. I was lucky enough to catch the director Michael P. Barrett just about to leave who graciously gave me a ten minute whirlwind tour. It was amazing!!

Who knew that so many complex iron items are were made in Troy?!  South Troy made: 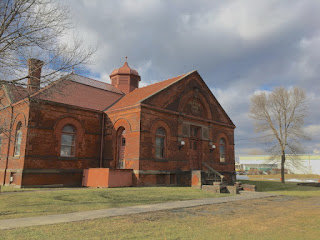 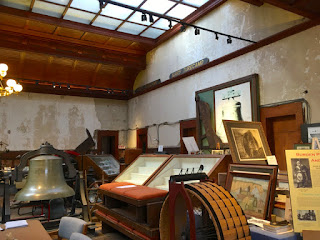 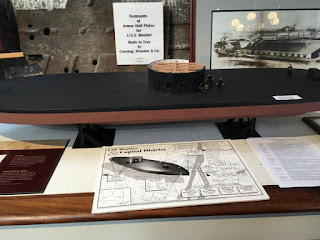 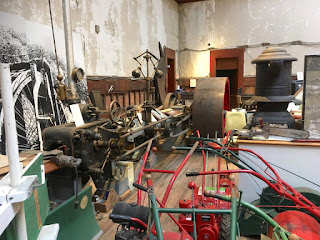 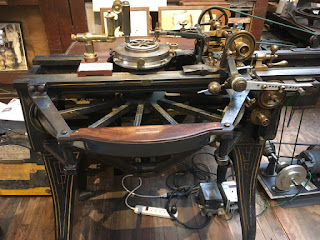 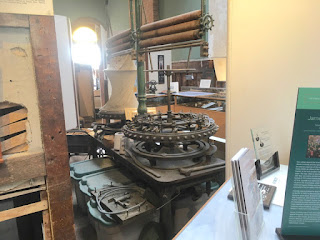 Outside in the museum's yard were more impressive relics... 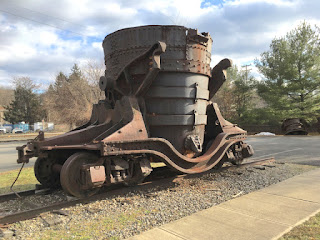 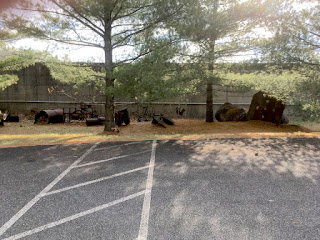 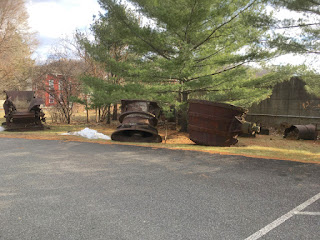 Remnants of the Burden Iron Works

This photo--taken inside the museum (hence the reflections on the glass)--shows the extent of the Burden Iron Works back in its heyday. 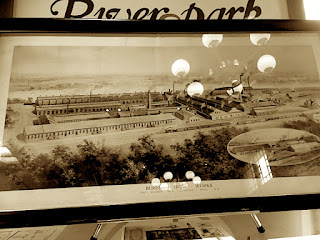 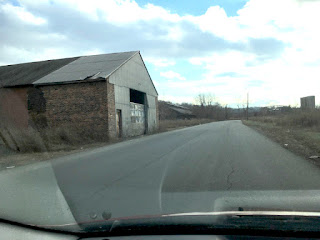 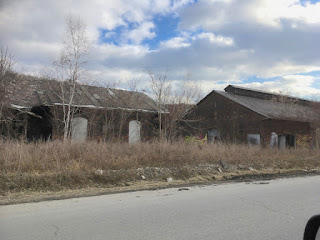 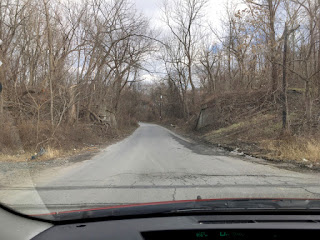 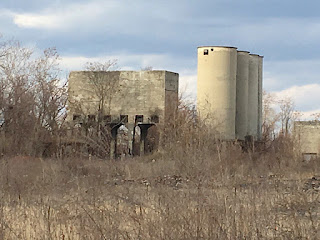 From the old to the new - the bridge to Green Island was impressive! 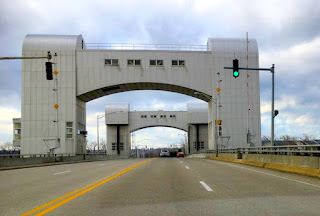 Ah - it warms the heart to see an old freight station preserved and being reused for something else!
Green Island Freight House - Historical Photo > 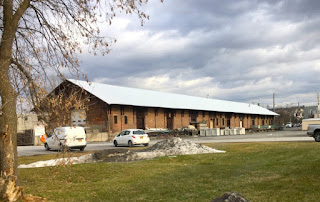 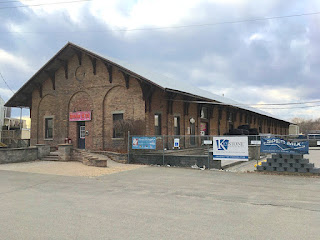