Retracing the Danbury and Harlem Trolley

On my travels to hike Pine and Wooster Mountain in Danbury yesterday, I noticed the old roadbed of the trolley alongside George Washington Highway. So I returned today to try and document what I could find.

From my previous research, I knew the Right-of-Way (ROW) traversed Benson Road and the Sarah Bishop park, so I visited  those locations as well.

There's a good stretch of the ROW visible from the highway on a winter day. Foliage would obscure the presence of the ROW in the summer and fall. I scrambled through the brambles to take these photos. 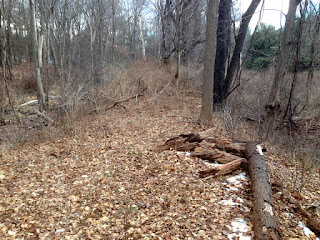 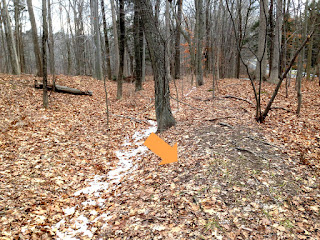 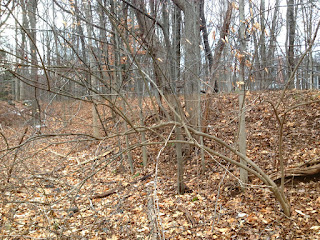 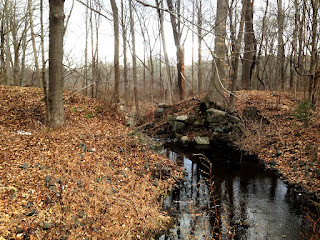 As mentioned, the ROW then continued on what is now Old Trolley Road and veered south on a diagonal to Ridgebury Road. There was a nice stretch of the ROW visible at this location. 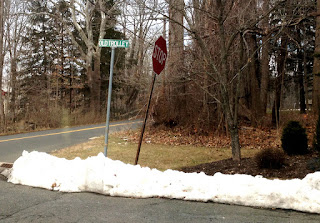 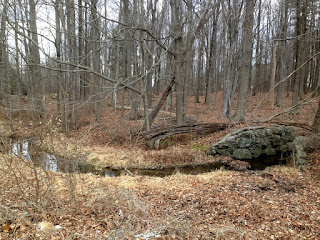 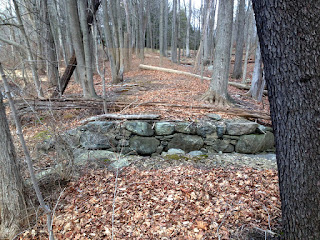 There was very little to see off Benson Road. Do abandoned trolley roadbeds attract only prickler bushes! :-( The brambles were thick everywhere along the old ROW. The ROW was there but pretty hard to distinguish with all the overgrowth.

I had much better luck at the next location....

On April 28th, 2018, I was in the area so I snapped three photos of the view of the railbed north of Chestnut Hill Road. They have been stitched together as a panorama, 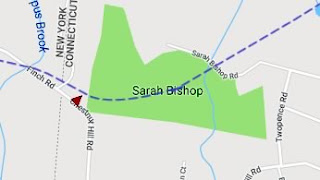 There appears to be a horseback riding area here that takes advantage of the old ROW. 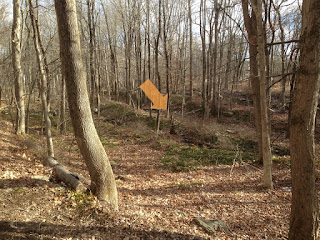 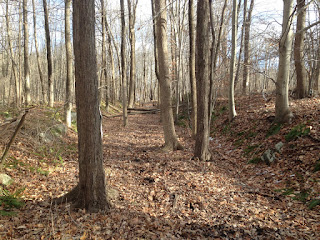 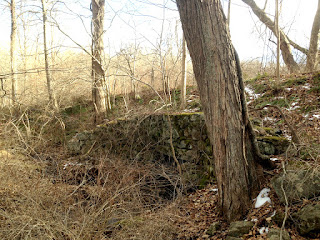 About the Trolley Line

From 1900 to 1901 the company purchased land, graded the line, laid track and erected wire, and built a powerhouse. Tracks were laid from Danbury as far to Ridgebury and apparently there was trolley service between Danbury and Ridgebury for a year or so. But by 1909 the Bridgeport Herald reported the track ended six miles short of Goldens Bridge.

Sadly, due to financial difficulties, the rails beyond Ridgebury were never laid. Finally, the investors pulled the rails between Danbury and Ridgebury sometime between 1910 and 1915 to try and recoup their investment and the entire project was abandoned.