This bike path runs along an abandoned rail corridor of the former Providence, Hartford, & Fishkill Railroad. It is a designated section of the East Coast Greenway. The section east out of Summit is paved all the way to Cranston. West out of Summit it is not paved and eventually connects to the Moosup Valley State Park Trail at the Connecticut state line.

A lovely trestle is one of the highlights of the non paved section. 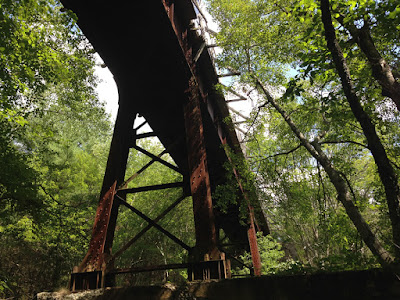 Maps of the Railbed

After mountain biking in Burlingame in the morning, I decided to head up to Coventry/Summit to ride the unpaved section of the Rail Trail. The dirt section west out of Summit definitely required a mountain bike. Much of the route is peppered with moguls: every five feet of so there is a 3 to 4ft depression and then a hump. Annoying but not difficult to ride. The trail surface is compacted dirt, gravel some sandy areas and--where too wet to ride--there are ATV reroutes off to the side that are strewn with roots. Needless to say, that made it fun to ride on a mountain bike!

I stopped at the Summit General Store for lunch. PS - the pickled eggs were delicious!
The trail head has a nice sign detailing the history of the railroad. 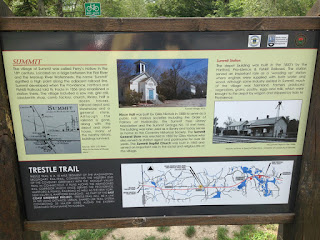 A lovely rail cut - ooo yeah!
The moguls were all over the place -- A mini roller coaster!
Where the rail bed was too wet (bad drainage), there were ATV trails to the side. 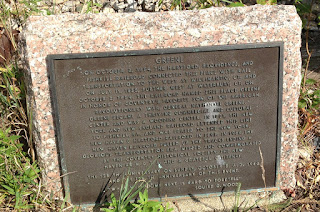 The tread turns to gravel. 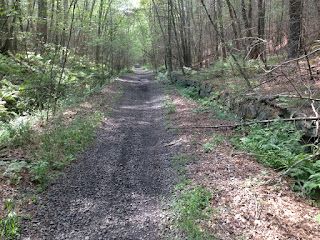 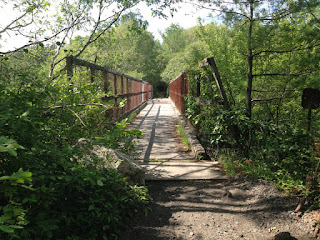 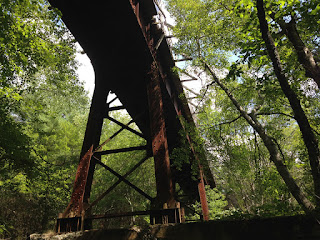 
I rode west on for a while longer and decided to turn around here. 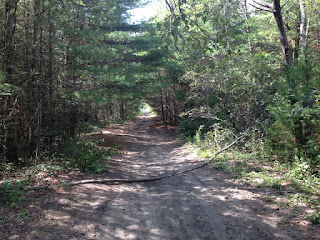 On the return, I stopped to snap this photo of the retaining wall - what a lovely view! 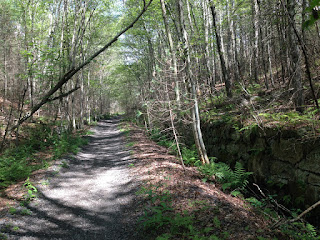 The Providence, Hartford, & Fishkill Railroad was also known as the Hartford, Providence & Fishkill. There were stations both at Summit and Greene. Timeline of this section of the railroad:
Posted by Rich Coffey at 7:42 PM