On a trip up to northern Vermont (to mountain bike), I stopped by at Brattleboro and Bellows Falls to check out the train stations...

Its kinda sad that the actual Amtrak Station is a puny section down in the basement but at least the station itself is preserved (it's an art museum).  Looking north, the tracks were pretty grown over.

According to shadyjay (railroad.net), "the track on the right has been out of service for many years, though it's still connected at both ends and, in theory, could be put into service, but would have to have brush cleaned up. The mainline (to the left) is continuous welded rail that was installed in 2011. The line is still very much in use with daily freight trains and the Amtrak Vermonter." 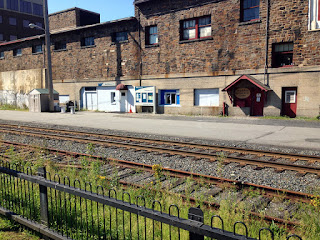 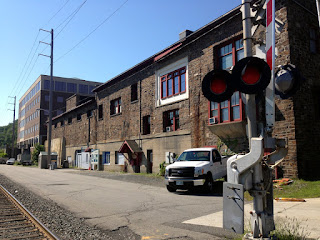 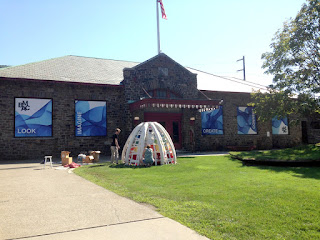 The view north up the river was entrancing. It must have been a picturesque train ride back in the day... 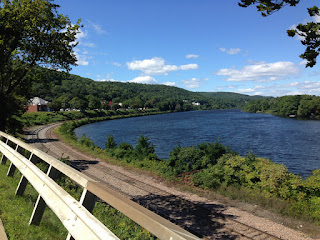 ... but the actual station area looked pretty desolate although it's still a stop on the Amtrak Vermotner (see map). 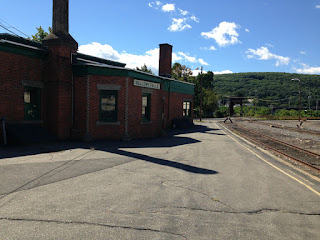 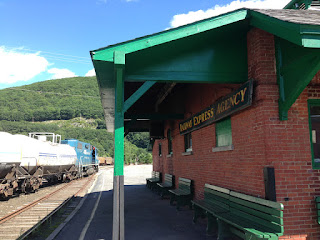 An interesting tourist-oriented addition in the vicinity is the "Waypoint Visitor Center" (adjacent to the Bellows Falls Canal). Architecturally modeled as a train station with a symbolic arch bridge melded in as well, it had a bit about the railroad history of the town--it was a major hub--but not a mention of Steamtown's origins here - STRANGE!? 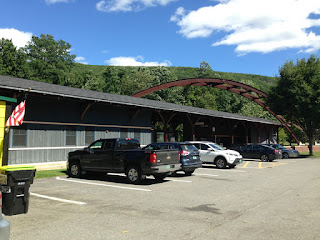 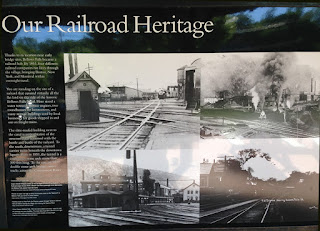 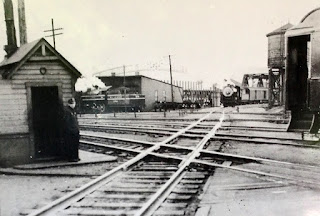