From the Ashuelot Rail Trail, I connected directly to the Fort Hill Recreational Rail Trail. This trail headed north and ended abruptly at an abandoned railroad bridge a little south of Brattleboro, VT. 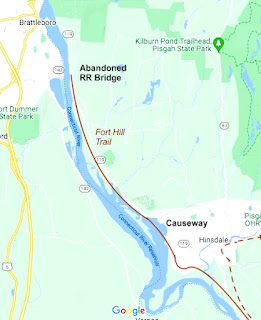 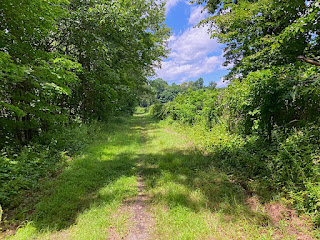 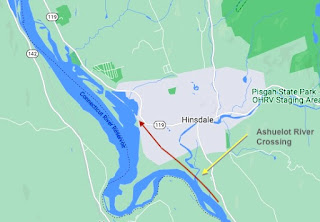 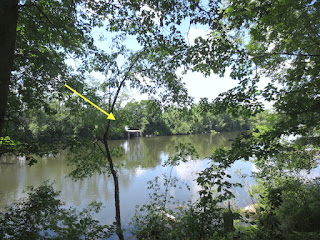 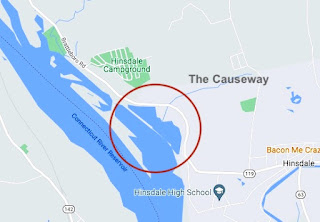 Short Video of the ride: 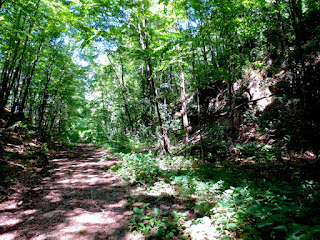 Apple Break
Thinking there would be signage to get into the Town of Hinsdale or at least directions to some food joints along the highway but never seeing anything--I stopped and ate an apple--I was hungry! 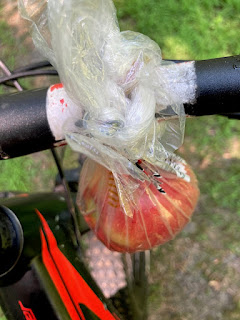 This was the end of the line. I took a few photos and gingerly stepped out on some starting to-rot bridge railroad ties but knew this wasn't really safely crossable (especially with a bike!) 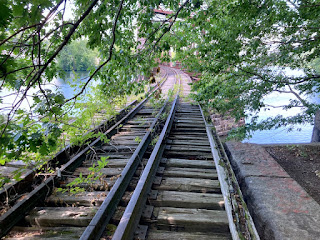 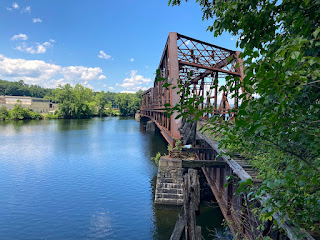 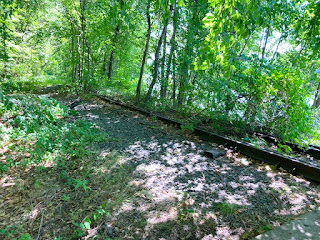 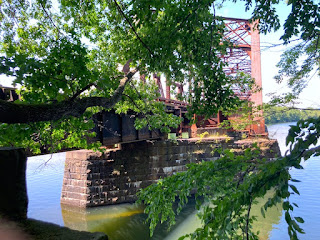 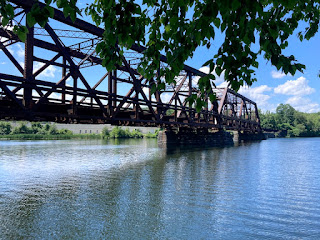 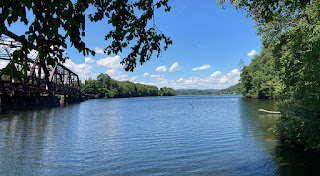 Even though I knew this was a dead end, I had no desire to ride back again and (rightly) figured there would be some kind of bootleg trail to the highway above.
I slithered up this nearly vertical slippery trail - kind of pushing the bike ahead of me and finally made it to the top! At the top there was an additional short slog through some prickers to get to the road but the blood on the scratched leg would soon dry on the ride down into Brattleboro! 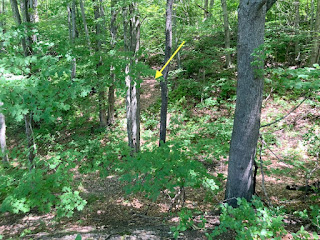 It was a beautiful breeze-filled ride down into Brattleboro. 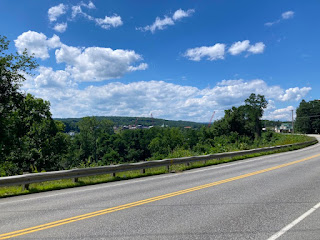 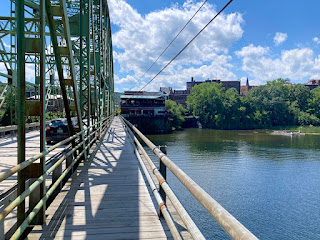 I even snuck out behind the store on Main Street and shot this photo of the tracks going northward: 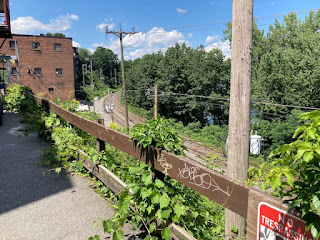 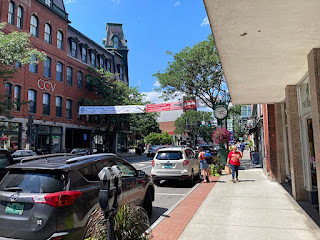 I rode past the Retreat Center and finished my ride here at the Grafton Cheese Company by the pond. I had a beer from the bar in the back and asked them to charge my phone. 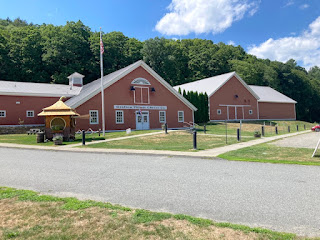 To kill a bit of time, I rode around the lower level and had a bit of fun riding through the cow tunnel. 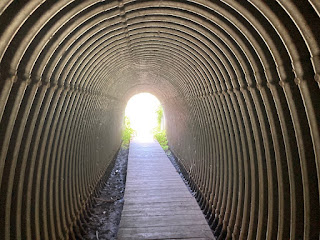 Lastly, my son Greg arrived from his ride at Killington and we chowed out at a BBQ spot we visited years before: Top of the Hill Grill.  All in all - a great day for us both! 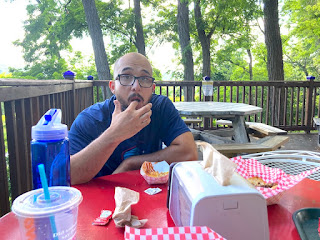 Fort Hill Recreational Rail TrailBuilt in the 1910s by the Boston and Maine Railroad (B&M) as part of the Connecticut River Division Main Line, the route introduced daily service to the B&M Fort Hill Branch in the early 1920s to meet growing competition from motor trucks that had begun courting small shippers from Boston to the Canadian border. This resulted in the line being known as a peddler route. Competition from trucks eventually became too much, and by 1983, the route ceased service.
Posted by Rich Coffey at 12:30 PM