I was back upstate for Presidents Day and convinced my friend Gary to join me for the continued trek up the Kaydeross River, exploring and documenting the old mills that were part of the Kaydeross Railroad. Sadly Gino could not join us for this trek.

Although I don't like to "repeat myself" and revisit the same spots twice - we did return to a few spots Gino and I had already visited back in December but the snow gave each spot a refreshingly different ambiance.

First stop was the eerie (to me) Pioneer Mill. I noticed a foundation on the south side of the road I missed last time. In addition, a walk back over the creek gave a couple of new perspectives on the remaining ruins previously wandered thru and photographed. 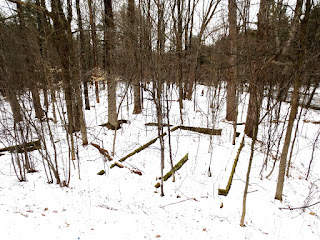 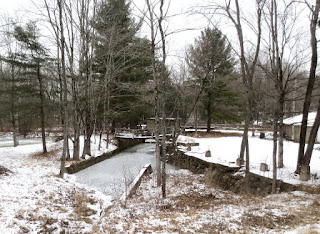 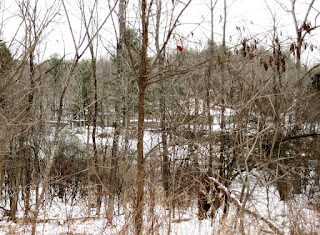 We next revisited the Heisler Road Bridge and this time wandered a bit north on the ROW. It quickly became overgrow and harder to discern where the track went amid the overgrowth and plethora of fallen trees. 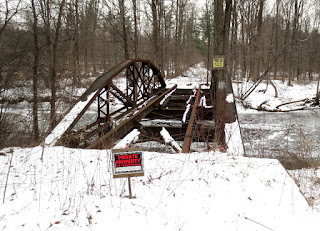 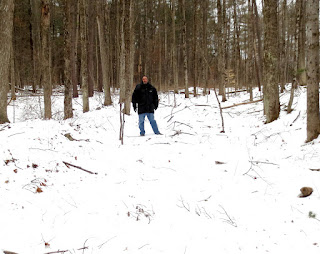 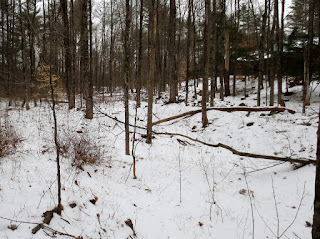 Our next location was a much more productive stop at George West's private trolley stop in Rock City Falls. It was a fairly easy trudge through the thick undergrowth and we were quickly rewarded with close up views of the stop and the ROW embankment that ran right next to the stone "hut."As the last photo indicates, the slate roof was already starting to deteriorate. It certainly is a shame that this has been neglected and not on "the list" of historic structures needing an historic sign and preservation... 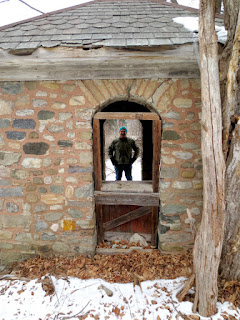 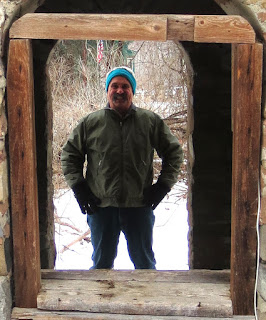 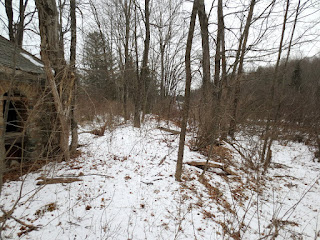 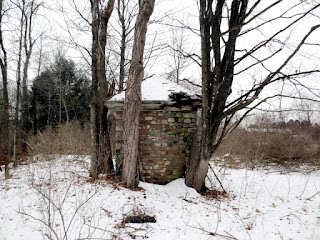 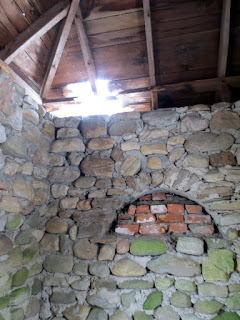 Theere was an old foundation nearby which probably was another house back then... 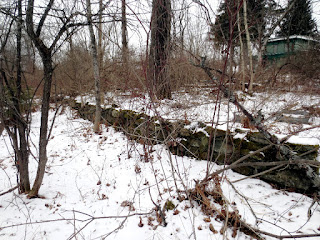 Our next stop was not visited on my last trip with Gino: The Empire Mill. There are numerous photos of this site on the web - many on a sunny beautiful day  (see Google Image Search - Empire Mill Rock City Falls NY) but my main interest was to get behind the mill and check out the old coal trestle. 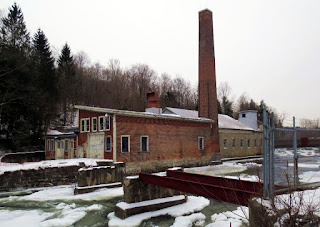 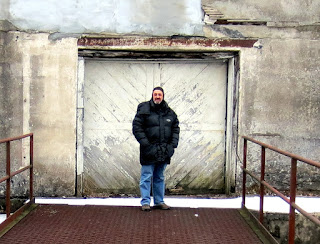 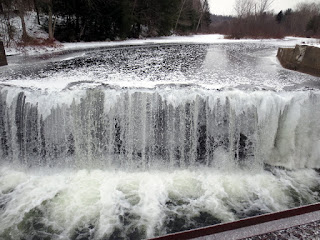 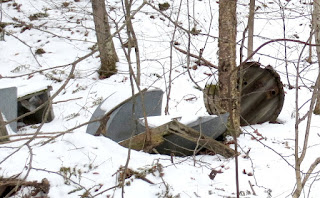 The Coal Trestle is visible from across the river... 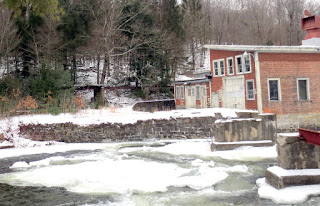 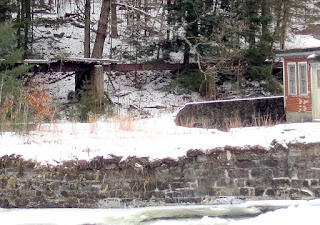 Remnants of the Coal Trestle 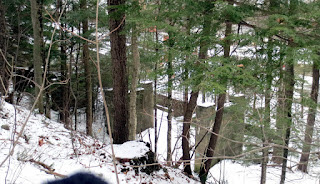 Eagle Mill
A return vist to Eagle Mill did provide a clearer view in the snow. Further across the creek were more ruins and it was tempting to try and cross the river on the ice but it really wasn't solid enough. Normally at this time of year,  crossing on the ice would have been possible but this winter has been abnormally warmer on the average so it would have been foolish to attempt it (sigh). 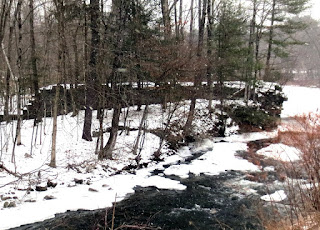 On our revisit to the Axe Mill, we noticed a lawn chair and teepee (not in the photo) near the ruins across the river. Apparently some hearty souls were braving the cold and winter camping! 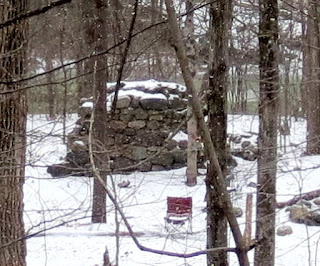 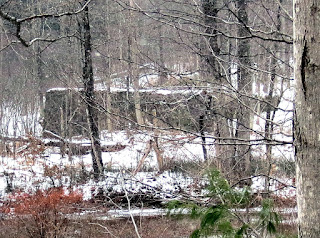 Lastly, our trip to the Sulphite Mill was rewarding because (as mentioned) the ambiance was completely different with everything being blanketed by snow. 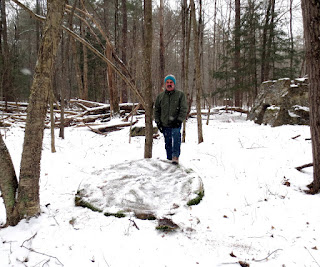 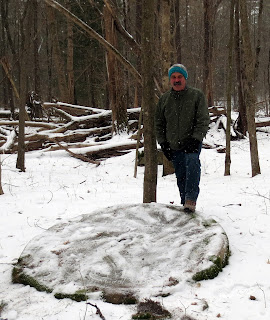 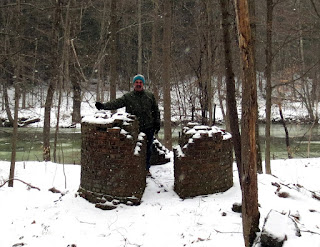 Its kind of hard to visualize in this puny picture but as we hiked back up the hill, the Planing Mill, looming high up on the hillside above us, felt like a medieval watchtower, ominously perched to guard against invading forces! :-) 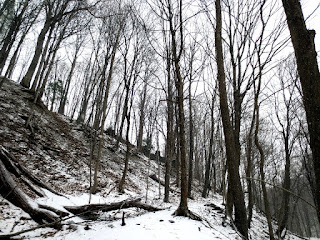 We finished off the trek with Burgers and Beer at the Factory. 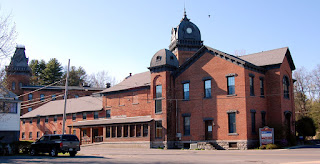 The Factory, being another former mil superbly "refurbished" as a restaurant was the perfect spot to reconnect once again with the modern world.:-)
Posted by Rich Coffey at 6:27 PM